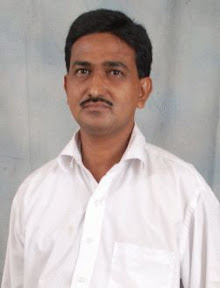 “Akansha founded by ashoka fellow by Shaheen mistry is running a BMC school in kala chowki , mumbai where they are violating all the sections of Right to Education Act , I made formal complaint regading this to variouse authorities , due to this they are discriminating my son Kabir and today they have not taken Kabir to the picnic and they kept kabir in the school alone , this is the shameful act on the part of Akansha and Shaheen Mistry . “-Shakil Ahmed , contact [email protected],9969925602

I am a father of a six- year old boy, who, like thousand other parents has been anxious about finding a best educational institution for my child. As a law-practioner and a civil rights activist for over two decades, I have been working on a very close quarters with the education system. One such cause that I have invested my life in is trying to bring in accountability and transparency in state run educational institutions. I along with eight- nine other members, run Parivartan Shikshan Sanstha since 1997, and have been fighting to overcome lack of education facilities for children in the slums of Sangam Nagar, Wadala (east). Our NGO has ensured that a civic school was built in this area in 2006, following a Public Interest Litigation. Akanksha and Parivartan has worked together in the past.Akanksha helped us focus on the quality of education.

So when my son Kabir turned six this year, I knew, keeping all his constitutional rights intact, I had to zero down on one of the near- by schools. I too, like lakhs of parents wished to enroll him in an English medium school. But after several months of research and rejections, I was hit by hard and pressing reality that the admission process in most schools violates every premise of Right to Education Act. I then turned to your organization- Akanksha. And to my shock your school, too, did exactly what private educational institutions did.

Running you through my experience:

Over a month ago my wife Shabana had gone to Prabhud Nagar Municipal School (English medium) Cotton Green, to admit our son Kabir in 1st standard. One of social worker in School run by Akansha, NGO informed   that all seats were already full. When we pressurized to admit out child citing the Right to Education Act, they told that they do not take the students residing outside 1 km. Thus School Authority turned my son away on the ground that we reside outside 1 km. from school.

We wanted to know the admission beginning and closure details but Akansha refused to disclose and said that they have taken admission of Senior K.G students then we asked the detail list of students admitted with their residence address. My wife wanted in writing the reasons for denial of admission but she was not given then my wife gave a letter in writing stating that we had visited school for admission of our son but they refused to take that too. We lodged a complaint before Commissioner of Municipal on the same day.

On July 19, 2012, I was called by one social worker from Akansha organization who informed me that they have been directed by Administrative Officer (School) to admit my son. On July 20, 2012, I visited the school for admission and met Ms. Chitra, Principal of school. Ms. Chitra asked me to come the next day as there was a shortage of staffs in school and she was finding it difficult in carrying out formalities of filling up the forms. I told her that I have come there on receiving a phone call and can hardly find time out of my busy schedule and insisted for admission filling up form myself in absence of the staffs. This is in sheer violation of Section 8(d) and 9(f) which enshrines the duty of the Appropriate Government and Local Authority respectively to provide infrastructure including school building, teaching staff and learning material. She interrogated me about my son’s previous schooling upon which I replied that he had not attended school previously. She refused to admit him for not having previous schooling background. I wanted to come back on their refusal on which she agreed to give admission and asked me to wait as she had no idea about form fill up and called staffs from head office.

After half an hour, two ladies staffs came from head office who advised me to put my son in senior K.G as he would not be able to cope up with other student having schooling background. I shall again point over here that in refusing my son to admit in Class I, Ms. Chitra violated section 4 of the Act wherein a child above six years of age has not been admitted in any school or though admitted, could not complete his or her elementary education, then, he or she shall be admitted in a class appropriate to his or her age. The proviso to the section says that such child shall have a right to receive special training, in order to be at par with other children. They suggested me that these are in the interest of my son’s career. I did not agree with them and pointed out provision of RTE, Act which ensures special training for child to cope up in case child is admitted to class in appropriate to their age.

When I kept insisting her to take admission with the reference of Administrative Officer’s direction, she replied that AO has nowhere mentioned in letter to give admission and  again advised me to put my son in senior K.G. I did not agree for putting my son in below standard than his agree and came out.

After five minutes Ms. Chitra called me over my phone and told me that she is ready to grant admission without any condition.  She took prescribed admission form of BMC and thereafter she gave me another sheet carrying terms and conditions of Akansha, NGO. The conditions were not acceptable but I had no other option than to sign it. For example: Ms. Chitra told me to give only vegetarian food for lunch in tiffin, because it is the rule of school. I would like to point over here that the provision of mid-day meal in schools is a basic amenity provided by the Government towards ensuring that the children of all strata have the facility of having lunch provided in the school itself. Again emphasis by the school Principal to give only vegetarian food in lunch creates a sense of disparity among the children themselves as they come from all the sections of society. In fact, they should be made aware of the qualities of healthy food habits rather than discriminating them on vegetarian and non-vegetarian grounds.

While talking to the Principal I came to know that the school has tie up with Akansha, NGO under agreement to provide teaching staffs in the school. I asked per municipal rule the qualification of teachers of primary schools. She told me that minimum qualification of teachers is D.Ed. I asked number of teachers and their qualification of those teaching in their school.She informed that there are 20 teachers, out of 20 only 8 teachers have D.Ed or B.Ed qualification. I wanted to know the process of appointment, she told that they are employees of companies like Wipro, Infosys and deputed for two years in school. On asking about training I was told that Akansha provides them 20 days training. The project of deputing the teaching staffs in school are run by Teach India, NGO. Hence, the basic question that arises over here is, though the teachers over here may have worked with reputed organizations such as Infosys and Wipro, but do they have the minimum qualification of a B.Ed or D.ed degree to teach in a school? Teaching children between the age of six to fourteen years does not require experience of an IT Firm rather what is needed is the skill and training to be qualified as a teaching staff.

I asked for drinking water from one of teacher available in office for which they said that they have no water facility in school.   I expressed shock for non availability of water in school. Upon asking how children get water she replied that children are told to bring water bottle and in case they don’t’ bring water, they call parents to ask them arrange for water for their children. They further informed that school staffs take packaged drinking water when required. On asking about complaint in this connection they said that construction work of building is still going on and they are arranging funding for aqua guard. I observed that water connection is available in school but they are not providing water to children as they are waiting for aqua guard. The non-availabilty of safe drinking water facility in a school is in clear violation of The Schedule of the Act wherein the norms and standards for a school are laid down. Item (2)(iv) of the Schedule lays down that all-weather building should consist of safe and adequate drinking water facility to all children. It is to be emphasized over here that section 19 of the Act lays down that where a school fails to fulfill the norms and conditions within a specified period of 3years of its commencement, then the appropriate authority under section 18 of the Act shall withdraw recognition granted to such school.

Here, I would like to bring to your notice that thousands of parents like me are struggling to admit their child in school. Though there is legislation for providing children elementary education in govt. run schools, so that children right can be protected, it has been violated by your school. Akanksha has been in the field of imparting education for a long time and is perceived as one of the committed NGO’s.

But my experience with Akanksha has confirmed that your institution, although constitutionally bound to provide education to all, has failed a large section of the society.

Your schools arbit grounds to admit a child has violated not only the child’s constitutional right, but also defeats the purpose of a NGO.

RTE does not cover 0- 6 years age group. So when a child come to a school to be enrolled for the first time in a school at the age of six, it reflects a lot on his parents social and financial status. it for such a child that RTE comes for rescue and not for the ones who has an access to pre- primay education. Akansha should have been more careful and sensitive towards such kids. A child, who is deprived of this educational rights, should be Akanksha’s priority and not the one’s who have been to some nursery and pre- primary schooling. By asking me if my child has been to any such institutions before securing admission in standard 1st, your organization has violated my sons fundamental right to education. Previous qualification, age and the time when a parent approaches a school for admission is secondary. Every child should be in a school is and must be a priority!

I would like to ask, has Akanksha done anything to find out where are those kids it has denied admissions?

Does Akansksha know, after stripping them off their basic rights, have those kids been admitted to any school?

Unless a NGO works within the realm of the RTE and ensures each and every child is admitted in the school, without any discrimination, their existence can not be justified.