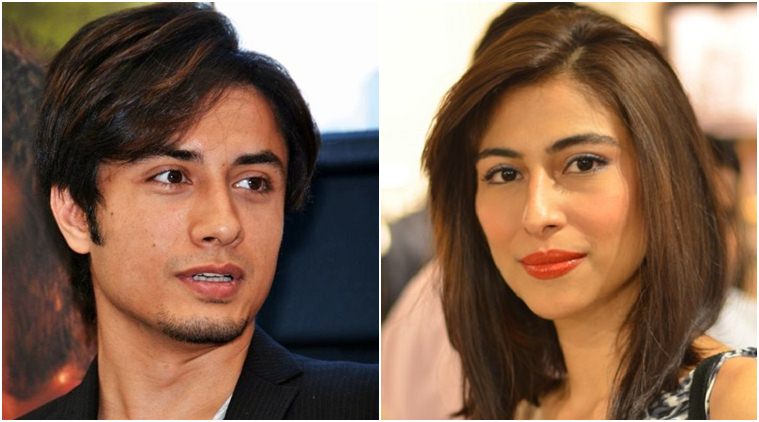 Ali Zafar, famous for his music and films in Pakistan and India, has been accused of sexual harassment by singer and artist Meesha Shafi. Ali is yet to give a statement on the same.

Ali Zafar has been accused of sexual harassment by Pakistani artist Meesha Shafi via a Twitter post.

Pakistani singer Meesha Shafi on Thursday alleged that actor and musician Ali Zafar sexually harassed her on multiple occasions. In a Twitter post, Meesha said, “Sharing this because I believe that by speaking out about my own experience of sexual harassment, I will break the culture of silence that permeates through our society. It is not easy to speak out.. but it is harder to stay silent. My conscience will not allow it anymore #MeToo”

Along with this caption, Meesha posted a letter in which she told her story of being harassed by the famous singer. Meesha writes, “I have been subjected, on more than one occasion, to sexual harassment of a physical nature at the hands of a colleague from my industry: Ali Zafar. These incidences did not happen when I was young, or just entering the industry. These happened to me despite the fact that I am an empowered, accomplished woman who is known for speaking her mind! This happened to me as a mother of two children.” 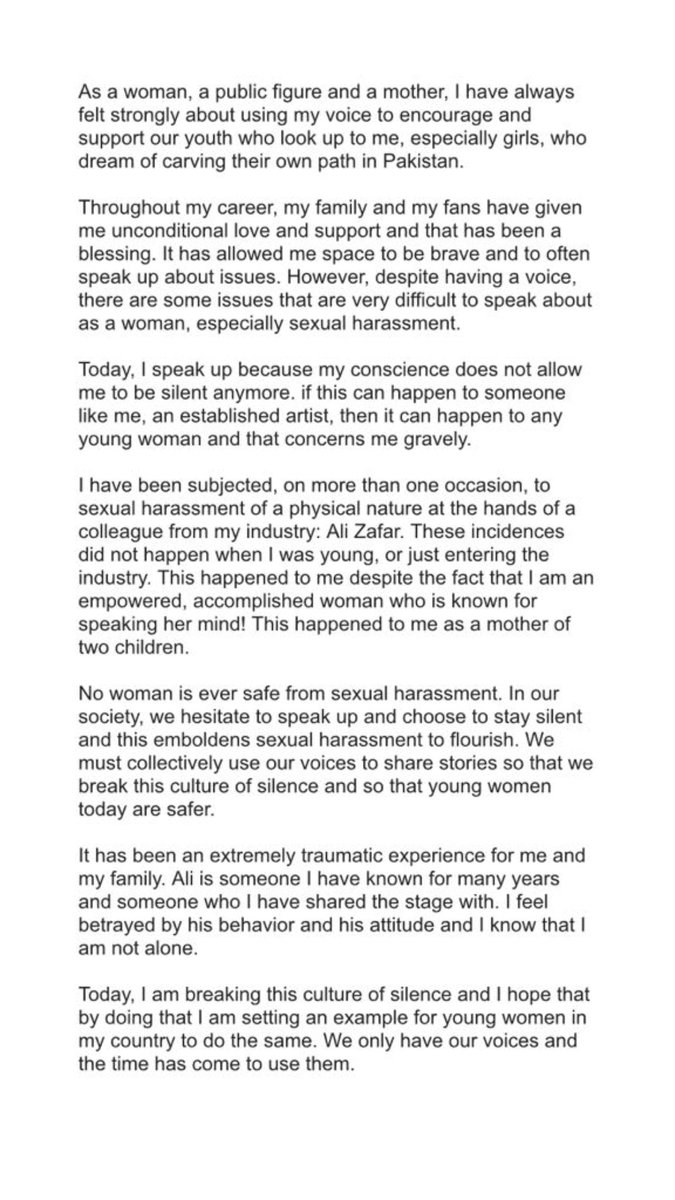 Sharing this because I believe that by speaking out about my own experience of sexual harassment, I will break the culture of silence that permeates through our society. It is not easy to speak out.. but it is harder to stay silent. My conscience will not allow it anymore #MeToo

Meesha’s post bravely says that she is coming out with her story so that she can encourage girls who look up to her and dream of carving their own path. Meesha also says that this experience has been extremely traumatic for her and her family. She writes for Ali that she felt “betrayed by his behaviour and his attitude and I know that I am not alone.” She ends her post by saying, “We only have our voices and the time has come to use them.”

Meesha Shafi is a popular actor and musician in Pakistan who has also appeared in films like Mira Nair’s The Reluctant Fundamentalist and Rakeysh Omprakash Mehra’s Bhaag Milkha Bhaag. Her accusation comes forth in the light of the #MeToo movement that created quite a revolution in Hollywood. She has also worked in the popular Pakistani film Waar.

Ali Zafar, a popular actor and musician, is well known in India for his films like Dear Zindagi, Mere Brother Ki Dulhan, Ter Bin Laden and Chashme Baddoor among others. Ali’s music has also seen quite a lot of success in India.

Ali Zafar is yet to react to Meesha Shafi’s accusations.