All the #NobelPeacePrize winners, in one chart

On October 10, the Nobel Peace Prize was awarded to children’s rights activists Kailash Satyarthi and Malala Yousafzai. They’ve won a prize that has a long, long history of honor and the occasional controversy.

You can see a full list of past Peace Prize winners here. Last year, The Economist also laid out the list in an amazing graphic: 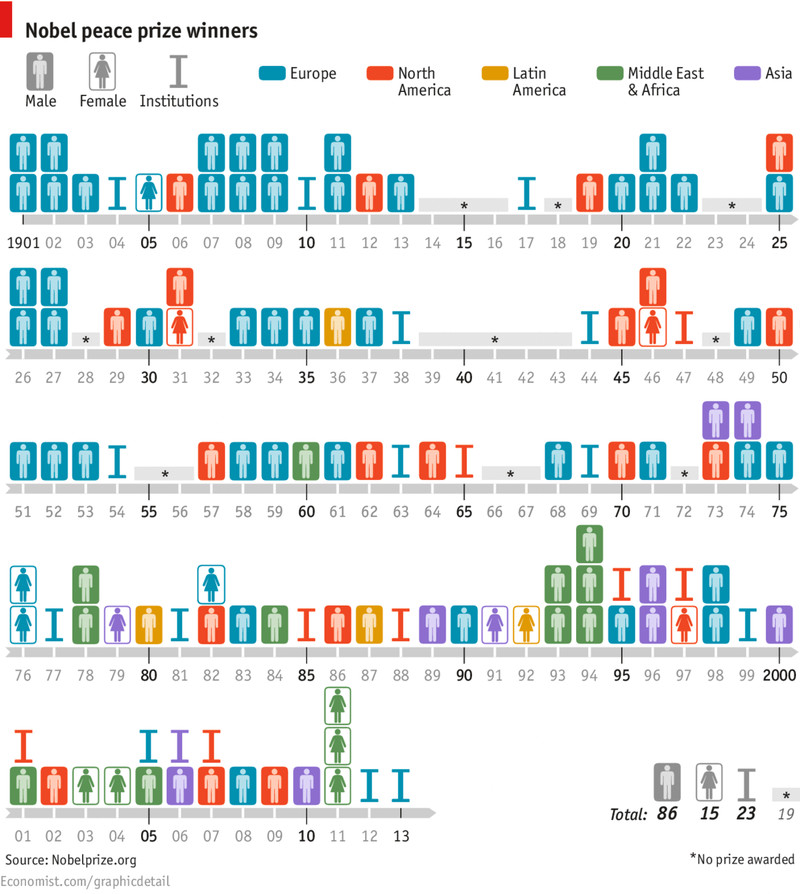 There are a few interesting trends shown on this chart. For example, the periods with an asterisk are years when no one won — check out the big gaps for most of World War I and World War II.

The Peace Prize has also been awarded to many institutions, rather than people. Institutional winners are marked with a giant “I” in the chart. Recent institutional winners include the Organisation for the Prohibition of Chemical Weapons in 2013 and the European Union in 2012 “for over six decades contributed to the advancement of peace and reconciliation, democracy and human rights in Europe.”

Another trend is the gradual diversification in winners’ geography — marked by different colors on this chart. There wasn’t a single winner outside of North America or Europe for the prize’s first 35 years. But in recent decades, winners have hailed from all over the globe.