Amit Shah You are wrong – Gujarat does not have ‘Minimum Dalit Atrocities’, as you claim 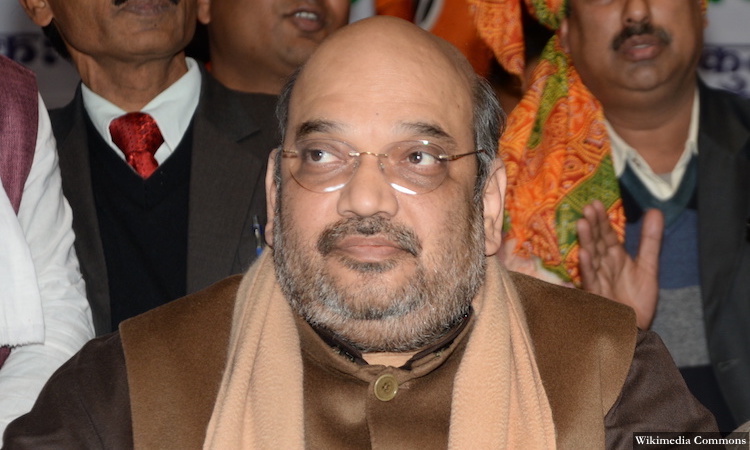 Shah is wrong, as the crime rate for atrocities against scheduled castes (SCs) in Gujarat was 32.5% in 2016, above the national average of 20.4%, according to government data. The state’s crime rate–crimes registered per 100,000 population–against SCs was fifth of 26 states and union territories that registered such atrocities (Madhya Pradesh topped the list at 45.1%).

This is the third such incident in less than 10 days. Two Dalit men were allegedly beaten for “sporting a moustache” in two separate incidents in Gujarat’s Gandhinagar district on September 25 and 29, 2017, the Indian Express reported on October 1, 2017.

Jayesh Solanki, a 21-year old Dalit youth, was beaten to death in Gujarat’s Anand district on September 30, 2017, allegedly by men from upper castes, “for attending a garba event”, the Indian Express reportedon October 2, 2017.

Gujarat accounted for 3% of atrocities reported against SCs in 2016, official data show, ranking, as we said, fifth among 26 states and union territories that registered such cases. By population, the state ranks 14th among these provinces.

Gujarat is home to four million scheduled castes or 7% of the state’s population.

As many as 1,321 atrocities against SCs were reported in Gujarat in 2016, or almost four every day, according to this reply (unstarred question 1170) to the Rajya Sabha (upper house of Parliament) on July 26, 2017, based on data from the National Crime Records Bureau (NCRB).

Source: Rajya Sabha
Note: Figures for 2016 are provisional; *Crime Rate is incidence of crime per 100,000 SC population; crime rate calculation is on method used by NCRB based on Census 2011.

As many as 1,046 crimes against SCs were reported in Gujarat in 2015, of which 1,009 were reported under the SC/ST (Prevention of Atrocities) Act, 36 under other SLL crimes and one under Protection of Civil Rights Act, 1955. There was a correction in figures submitted by Gujarat to National Commission for Scheduled Castes (NCSC) on crime against Dalits last year, The Hindu reported on July 25, 2016.

Crimes against Dalits increased from 1,130 in 2014 to 6,655 in 2015, which made the NCSC official suspicious, the report said. The state later shared corrected figures, The Hindu reported.

“Gujarat’s officials, sources said, were worried that “inflated” data would further damage the state’s record on Dalit atrocities when at a time it is in the eye of storm over the Una incident of public beating of Dalits and the subsequent suicide attempts by Dalits in the state,” the report said.

Atrocities on SCs (in India) are on the rise every year, despite laws present for their prevention, PL Punia, then chairman of NSCS, said in a meeting on monitoring the implementation of constitutional safeguards for scheduled castes held in July 2015.

This story was first published on Factchecker.in.