An India without gender & patriarchy? Why not?  #Vaw 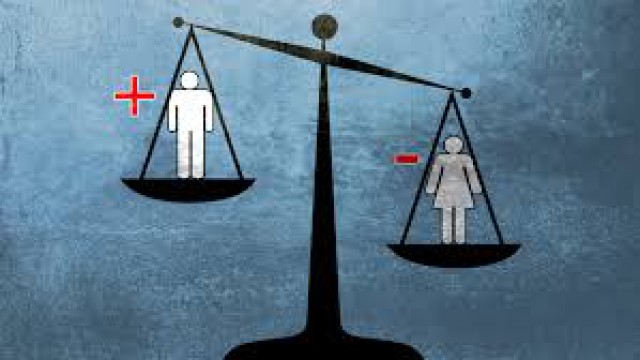 During the past few years, young women from different countries have asked me if it was safe to travel to India, implying whether sexual assault was part of Indian culture. From being the ‘dowry death’ capital of the world, we had suddenly become its ‘rape’ capital. My reply would be that, of course, rape happens in India all the time, and that sexual violence, especially from family members often doesn’t even come to light. Having said that, I would ask, if ‘date rape’ was part of western culture. My intention was not to rebuff allegations, nor to insult another culture, but to emphasise that patriarchal manifestations differ globally. Date rape happens because people have the freedom to date a number of people before choosing one’s steady partner. Crimes against women in public places at night happen because women are outside the home in the dark, and crimes in the name of honour happen because young people exercise agency against the diktats of their elders. The constant tension between structures and agency can manifest in the form of increased backlash violence, yet on the other hand, it also offers sites for resistance and change.

Gender and Patriarchy in the Indian Context Patriarchies all over the world (however distinct they might appear) share certain commonalities, such as the rule of the male elder over most women and some men; men’s legitimised control over women’s production, reproduction and sexuality; gender roles and relations based on power and inequality; gender binaries; and the hegemony of the heterosexual family over all other forms of cohabitation or shared living. Within Brahminical patriarchy – a structure unique to India – caste, class, gender, sexuality and communalism interact and shape each other through endogamous marriage, wherein notions of purity, pollution and inherent hierarchy prevail. Control over women becomes crucial in maintaining boundaries between castes. Historically, inclusion into the Hindu caste system entailed a proscription on women’s remarriage, and relinquishing women’s economic autonomy and right to choose sexual partners…

What would India without gendered binaries and patriarchy look like? Faiz Ahmed Faiz, our great contemporary South Asian poet has promised us a compelling vision: “Laazimhainke hum bhi dekhenge, woh din ke jiska waada hain!! The very thought is heady, challenging and full of promises! Here are a few glimpses of a future without gendered binaries and patriarchy.

a) Gendered roles and binaries

Children brought up by parents who have transcended gender-binary roles, responsibilities and behaviour would not consider any task as being ‘masculine’ or ‘feminine’. An androgynous man for example would consider housework to be his work as well, and not just as ‘helping’ his wife out. Similarly, a woman would not merely be ‘supplementing’ the household income. People born intersex (individuals with genitalia that don’t strictly conform to male/female bodies) would have full rights, with parents of newborns having empathetic peer support to deal with immediate issues arising at birth; thus bodies would not be mutilated at birth to be straitjacketed into the male/female binary. Sex assigned at birth would not be thrust upon any individual for life, and the full range of quality healthcare would be made available for any person who might want to change their body to another gender.

b) The institution of marriage

The right whether or not to marry, whom to marry, when to marry, how to marry and for how long to remain married would vest with the persons concerned, and not be dependent on parental authority or caste/religious considerations. Neither would discrimination against same-sex marriages or cohabitation exist. Separation and divorce would be made available on the requirement or demand of individuals, wherein property rights, custody (and rights) of children as well as full dignity of both partners would be protected. Motherhood would not be linked to marriage either. Hierarchy based on motherhood, be it infertility, childlessness, having no sons or bearing children outside marriage would be challenged. The institution of marriage and its counterpart, the institution of prostitution would wither away in a gender/caste/class/ race equal society because sexual interactions (paid or unpaid) would no longer remain one way power-laden transactions, whether in the private or public sphere.

Like marriage, the ‘family’ would metamorphose into a self-chosen and changing unit, based on mutual sharing and caring; moving beyond bloodlines, kinship, marriage or descent. The traditional hierarchy of the patriarch over all women and most men of the household and kinship would be over, and social parenting would be considered at par with biological parenting. Children won’t be forced to bear names of their fathers or mothers, and certainly not of their caste…

Reproductive and sexual rights would exist for everyone, irrespective of marital status, and with respect for diverse forms of sexual expression between mutually consenting adults. The decisions whether or not to have children, or when and how many children would become people-centred; not mandated by the market or State. Adoption, voluntary and safe contraception and abortion, infertility treatment, safe motherhood, parenting skills, health care and non-judgemental counselling would be accessible to anyone and everyone. Undue obsession with proving one’s fertility and the quest for biological (or eugenically ‘superior’) children would not exist…

The artificial cleaving of public and private domains would be eliminated, and institutionalised disadvantage for women (for example, considering men to be heads of households, considering domestic violence to be a ‘private’ affair, or unequal access to property, credit, health care, education or equal wages for similar work) would cease to exist de jure (in law) as well as de facto (in reality). Women will access public spaces without having to explain why they are there at that time of the day or night. Roads, transport and other public places would be safe and respectful of women’s right to mobility. No justification will be accorded to sexual harassment of any kind, nor will victims/survivors of sexual assault or rape be subjected to humiliation or moral scrutiny… Gender bias in law would be challenged and removed. For example, the gender discrimination in legal age at marriage in India (21 years for boys and 18 for girls) would be corrected because it pre-supposes bridegrooms to be older, more educated and earning partners, but brides to be physically ‘mature’ enough to bear babies.

The process of Sansrikisation, wherein restrictions are placed on women’s sexuality, re-marriage and access to resources in order to move upward in the caste system, would be halted. Further, it would be a matter of shame to say that someone wilfully got their children married within their caste. In the long-term caste (not just ‘untouchability’) would become illegal since it is an inherently hierarchal and discriminatory structure. As a corollary, caste bodies (and their extra judicial punishments) would become illegal. Annihilation of caste,19 as proposed by Ambedkar, would be part of the feminist agenda in India, and gender equality would be an integral component of the anti-caste movements.

In a society where gender inequality has been challenged, gender based violence, and discrimination would never be justified or condoned. Homes especially will become safe for women, because that is where women are most at risk of being beaten, killed or raped. Women’s access to justice would not encounter social or cultural obstacles. Many contemporary issues will become ‘non-issues’. For example, sex-determination during pregnancy won’t matter, because there would be no discriminatory consequences upon acquiring this information…

Religion would become a personal affair and not linked to governance or functioning of the State in any way. No religious symbols, display or rituals would be observed by State representatives in public spaces and functions. As long as religious holidays remain on the calendar of NGOs, every Indian religion would be represented, so that colleagues can visit people from different religions and participate in diverse celebrations. Patriarchal tenets of religion, such as the son conducting funeral rituals or cohabiting married women being privileged over others would become reprehensible