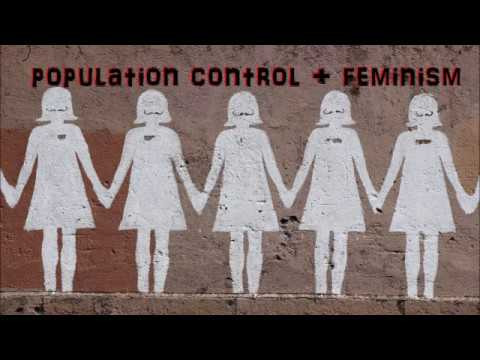 The first draft of the Uttar Pradesh Population (Control, Stabilisation and Welfare) Bill 2021-2030, which was released on July 9 proposes incentives and reinforcement strategies for government employees who follow the two-child policy. These include paternity leave of 12 months with salary and allowances, several rebates and subsidies while purchasing land and housing, out of turn promotions, 3 percent increase in Employee Provident Fund, etc. These rebates and subsidies in bills and taxes will also be provided to those following the two child policy but are not government employees. The bill also proposes to apply de-incentivisation mechanisms which means that those with more than two children, not following the two child policy, will not be allowed to apply for any government services, nor will they be provided with government subsidies and promotions.

This essay seeks to analyze the population policy in general from a feminist perspective as sterilisation drives and population regulation policies often seems to hinder the reproductive or bodily autonomy of women and could further worsen the gendered violence related to child birth such as female foeticide, unsafe and illegal abortions, under-the-table pre determination of sex, etc.

It is necessary for feminists to critically examine the implementation of women’s health programs in all over the country since feminist terminology by many in the authoritarian position, is often used to hide the basic agenda of fertility control. As ecofeminist Vandana Shiva pointed out the way the World Bank in particular has reframed the population debate in order to mask the destructive impacts of its development archetype on the lives of women it claims to empower. The needs of women are suppressed over the objectives of the state when fertility control becomes the explicit goals of women’s health programs. Population level fertility control and the way it is implemented by the state in several countries are often criticised by many researchers and activists because in reality, such policies cannot be considered as effective means of improving women’s lives.

Family planning programs administered by the ‘population establishment’ ignore the social and economic conditions that moderate reproductive behaviour. The popular narrative imposed by the western society on women of third world countries is that children are a drain on resources which is completely flawed in the sense that in most of the rural areas, children quickly become assets to their parents, right from caring for younger siblings to undertaking agricultural labour. Furthermore, parents often become dependent on their children later in life as their only source of social security.

The population country policy draft states that incentives will be provided to those in the government services and if an employee or their spouse undergoes sterilisation after birth of their two children, then they are entitled to many incentives including promotion, other benefits with regard to healthcare, educational facilities for their children, etc. In a patriarchal society, it is not surprising to note that the burden of sterilisation is often borne by women which adversely affects their health and also gives rise to many other problems. In the Indian context, family planning policies or population control strategy is not a new thing and has been implemented in some way or other, in the past. Moreover, the end result of such policies have never been a pleasant story mostly because women faces domestic violence, death, divorce on the basis of the fact that they have only given birth to girls in a country where female infanticide has been reported as a major problem for decades. The entire responsibility for birth control was imposed on women and sterilisations are one of the many options for that but in third world countries, including India, contraceptive pills are still considered a taboo, and  condoms are often avoided. Thus, women were left only with the option of sterilisations and lack of awareness of the idea of birth control led these women to sterilisation camps which have resulted in several cases of hospitalisation, even death of thousands of women due to these surgeries till date. Complaints by the relatives of these women are often ignored and since these are mainly reported in the rural areas, such information fails to reach the larger mass and gets buried in the dark.

In the documentary by Deepa Dhanraj titled, “Something Like a War”, the issue of state sponsored oppression of women by the coercive method of sterilisation was covered through the voices of married women living in the rural areas of the country.  A married woman in her mid 30s can be seen sharing her thoughts on the forced imposition of the idea of motherhood on every woman. She made a very powerful statement in front of the camera, “I’ll be a mother only when my heart desires to be a mother”. The decisions about when, if ever, to become a mother, and to have how many children, are some of the biggest decisions a woman can make. As Orna Herr in her article mentions that reproductive rights are a freedom of expression issue and when states take control of this decision, they are taking control of the self-expression of women.

Another woman in the documentary expresses her concern of the position of a woman in the society, “If we don’t produce a son, there’s a pressure from our in-laws. But the government tells us to stop having children. What is a woman to do?”. By the end of India’s emergency rule in 1977, according to reports, 6.7 million men were sterilised which exceeded the announced target by 50%. The political fallout from vasectomy abuses led to Indira Gandhi’s electoral defeat. However, this resulted in shifting the focus of the family planning program to women. This is actually based on a deep rooted patriarchal belief that a woman’s existence is bound to their womb; if she has a child, she has value and if not, she has none. Further, it is a believed notion that a woman achieves a status only when she gives birth to a son.

Anna Balis in her article “A Post Colonial Feminist Critique of Population Control Policies” mentions that the very essence of such policies is problematic for feminists as it centres on constraining the spectrum of reproductive choice women have by means of incentives, coercion and cultural imperialism.

The punishment or disincentives mentioned in the Population Control Bill are extremely ruthless in the sense that those government employees who fail to follow the two child policy will be deprived of any promotions and increments. They will further be penalised by losing access to all government-sponsored welfare schemes. Moreover, violators will also be debarred from contesting elections to local bodies. Various surveys reveal that those at the lowest rungs of social and economic hierarchies are the ones having more than two children. These sections comprises largely of people belonging to the Dalit Bahujan Adivadsi community and also from the poorer sections of the religious minority groups. They have been a victim of systemic oppression for decades, mostly denied access to education, healthcare and the opportunity for institutional deliveries leading to high maternal mortality and infant mortality rates. Punishing them by depriving them of welfare measures designed precisely to alleviate their poverty will condemn them to remain poorer, more malnourished and hungry and, therefore, more liable to produce more children.

It is important to recognise the role of men in family planning programmes in order to take steps towards a safer, and more reliable approach of such policies. According to a report by the National Family Health Survey, most men believe that they have nothing to do with contraception and it is mainly women’s business to deal with. Thus, to counter this argument, structural changes are required at the societal level. More awareness on the use of other contraceptive methods should be encouraged.

Europa is an art enthusiast, an occasional reader and a musicophile. She’s doing her Master’s in Gender Studies from Ambedkar University Delhi and her interest revolves around the issues faced by marginalised communities. Currently, she is interning at kractivist.org