Anasuya Sarabhai: Who was India’s first female union leader and why was she so pioneering? 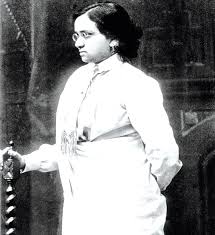 A pioneer of the women’s labour movement in India, Anasuya Sarabhai, features on today’s Google Doodle.

she is known as ‘Motaben’, Gujarati for ‘elder sister’, she was born in 1885 into the affluent Sarabhai family of Ahmedabad.

She was forced into marriage at the age of 13, before escaping to England with the help of her brother in 1912 to take a medical degree but switched to the London School of Economics when she realised the animal dissection involved in obtaining a medical degree, was in violation of her Jain beliefs.

In 1912, Anasuya left for England to continue her studies and it was there the turnaround in her life came. During this time she came in contact with Fabianists like George Bernard Shaw and Sydney Webb, who rejected the revolutionary doctrines of Marxism, recommending instead a gradual transition to a socialist society. From here Anasuya’s journey started to serve the cause of social equality and the next year she returned to India and started working with the marginal and disempowered communities.

She began by opening a school for poor students of all castes and creches and toilets for women. The seeds of her plunge into the labour movement were sown during an incident that is best described by her own words. “One morning, I was sitting outside in the compound combing out the children’s hair when I saw a group of 15 workers passing by as if in a trance. I called out to them, even though I did not know them well, and asked them, “What’s the matter? Why do you look so listless?’

They said, “Behen, we have just finished 36 straight hours of work. We have worked for two nights and a day without a break, and now we are on our way home.” These words filled me with horror. This was no different than the kind of slavery women faced!”

Anasuya took up the task to change the situation. When epidemic hit Ahmedabad in 1914, the condition of the mill workers deteriorated further and they approached Anasuya to take up their cause. She gave an ultimatum to the mill owners and even went against her brother, Ambalal, who was the then-president of the Mill Owners’ Association, demanding better wages and working ambience for the labourers. Her endeavour was successful and the trade union movement in India took its baby steps.

She was supported in her work by Mahatma Gandhi and in 1918, Anasuya managed mill owners to accede to the demand of Ahmedabad weavers for a 35% wage hike. Tens of thousands of workers participated in the protest, laying the foundation for Gujarat’s oldest labour union, Majoor Mahajan Sangh (Ahmedabad Textile Labour Association or TLA), that was established on February 25, 1920. However, Anasuya ensued that the relationship between the mill owners and the union always remained harmonious and any differences were nipped in the bud.

The name of Ela Bhatt is synonymous with Anasuya. It was in the 1950s that she came in contact with Motaben and she became one of her closest aides and their relationship became the backbone of the formation of the Self-Employed Women’s Association of India (SEWA) in 1972. However, only months later Anasuya passed away.

While in England she was influenced by the Fabian Society and new ideas concerning equality and became involved with the Suffragette struggle.

Back home in India, she worked with disempowered women, taking on the cause of local mill workers after learning of their 36-hour work shifts.

In 1914 she helped Ahmedabad’s weavers successfully organise their first strike for higher wages. In the years that followed, she went on to become their most vocal supporter, negotiating with mill owners – including her brother – for better working conditions. She was affectionately called “Motaben”, Gujarati for “elder sister”, by those she helped.

She was supported in her work by Mahatma Gandhi, with whom she set up Gujarat’s oldest labour union, which later paved the way for the founding of the Self-Employed Women’s Association of India (SEWA).

The Google Doodle was created by Maria Qamar, a Pakistani-Canadian artist and author of the book Trust No Aunty.

“Anasuya’s dedication to justice and equality is something I can relate to,” Ms Qamar said.

In drawing the activist, she took inspiration from the Indian textile industry. “I portrayed delicate fabrics and traditional patterns found in our homes and our closets,” she said.

“I am honoured to have the opportunity to share Anasuya’s legacy with the world.”