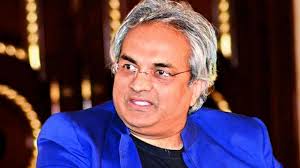 Angel investor Mahesh Murthy has been booked for stalking and sexual harassment on a complaint filed by a Delhi woman.

In April 2017, the woman had complained to the National Commission for Women that Murthy had made remarks that were objectionable, derogatory and of sexual nature, and also made obscene signs. The NCW had received other complaints too and sent them to the Maharashtra DGP in November.

The Mumbai police have registered a case against venture capital investor Mahesh Murthy alleging sexual harassment following several complaints and the intervention of the National Commission of Women (NCW).
The case has been registered under Section 354 (D), 509 of IPC and under Section 67 of IT Act at Khar Police Station in Mumbai. Section 354 deals with stalking and Section 509 deals with outraging the modesty of a woman. Section 67 of the IT Act deals with transmitting obscene material in electronic form.

“Even though Shri Murthy had allegedly, already posted an apology for some of his posts, NCW requested the DGP’s (Maharashtra police) personal involvement to investigate the matter and take strict action…. as such acts not only amount to outraging the modesty of women but also attract attention for cyber crime,” the NCW said in a note to the press.

A woman filed a complaint against Murthy last year. NCW took up the issue with the Director General of Police, Maharashtra pointing out “objectionable, derogatory, sexual and obscene signs on social media”. As per a press note put out by them on November 17, they requested the DGP’s personal involvement to investigate the matter and demanded strict action against the accused.

Back in February 2017, Murthy even out a post on Medium titled “The confessions of a serial offender” attempting to justify and apologize for his behaviour. The comments section shows mixed reactions from readers.

But in April, FactorDaily put out a detailed report mentioning multiple women who had accused the venture capitalist of sexual misconduct. The allegations dated back to 2003.

Murthy’s founding partners at Seedfund, a venture capital fund had told FactorDaily they do not endorse or condone the alleged behaviour and added that there were at least two instances when the fund’s LPs (limited partners) asked about allegations against Murthy.

Specific instances mentioned in the report included a government official who shared screenshots from a WhatsApp conversation with Murthy, a Mumbai woman who was 19 when she was allegedly harassed and an American citizen who was residing in Mumbai.