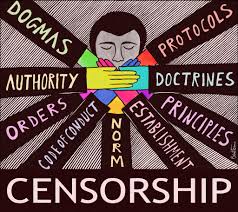 Another case filed by the Shiksha Bachao Andolan Samiti (SBAS) against a textbook published a decade ago has resulted in Orient Blackswan (OBS) — a publisher specialising in academic books — undertaking a pre-release assessment of books that might attract similar reaction.

One such book, Megha Kumar’s Communalism and Sexual Violence: Ahmedabad since 1969, was withheld from release after it was put on sale. The publishers had announced the book on their website under the segment “New Books and Events” in March along with several other books which continue to be available.

As per a communication sent by OBS to Ms. Kumar, a Rhodes scholar from Oxford University, the board of directors was advised by its legal counsel to undertake a pre-release assessment of books that could run foul of the law. She was also informed that her book would not be released until a “comprehensive assessment has been made and advice obtained.”

Citing concern for the security of authors, staff and their families, OBS said the assessment would include examining the possibility of legal proceedings, especially under the Indian Penal Code (IPC), being filed against them and the company. Explaining OBS position, Mimi Choudhury told The Hinduthat in light of the notice, several books including published works, have been sent for review.

The pre-release assessment was ordered after SBAS convener Dinanath Batra served a notice on OBS for the textbook, Plassey to Partition: A History of Modern India. Written by Sekhar Bandopadhyay, a history professor at the Victoria University of Wellington, New Zealand, the book, according to an article in the RSS mouthpiece Organiser, spread canards against the Sangh.

Waltraud Ernst, one of the four editors of the series ‘Critical Thinking in South Asian History’, under which Ms. Kumar’s book was published, wrote to the publisher: “I find it very difficult indeed to fathom the severity of what is going on here in regard to what seems to me to be politically motivated interference with academic freedom. I would be most grateful for reassurance that all this has been a mistake.”

When contacted, Prof. Ernst, an adjunct professor at St. John’s National Academy of Health Sciences, Bangalore, and Prof. Bandyopadhy, who is also a series editor, told The Hindu that under the circumstances it was understandable why the publishers resorted to such action. “What is to be done when the IPC becomes relevant to the way professional history is written?’’ said Prof. Ernst.

Earlier, Penguin India had withdrawn American Indologist Wendy Doniger’s book, The Hindus: An Alternative History, from India as part of an out-of-court settlement with SBAS. And, Aleph Book Company decided to reprint her book, On Hinduism, only after objections raised by SBAS were examined by lawyers, independent writers and scholars.

In both cases, the British-vintage 295-A of the IPC was invoked by SBAS.