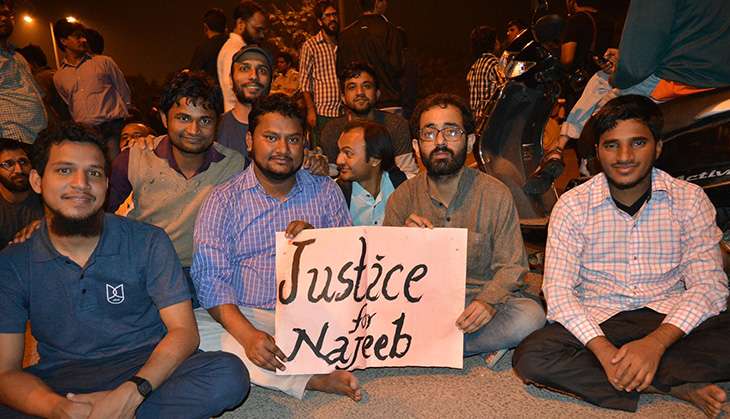 We, the undersigned teachers of Jawaharlal Nehru University (JNU), are deeply concerned about the continued absence of Najeeb Ahmad, a student of MSc Biotechnology, who was last reported as seen on JNU campus on 15 October 2016. We express our deepest sympathy and solidarity with Ahmad’s mother, sisters and extended family, and share in their anxiety and despair at the fact that even after ten days of Ahmad’s disappearance, neither the police nor the JNU authorities have been able to provide any credible leads to his whereabouts; indeed, both have failed to even keep the JNU community informed of the progress of the search operations.

The Jawaharlal Nehru University Teachers’ Association (JNUTA) has repeatedly requested the vice-chancellor to issue a personal appeal assuring Ahmad complete security and due process, and to immediately set up a channel for the dissemination of this information. But to our dismay, the JNU administration has taken no concrete steps in this direction. The very least the JNU administration can do at this juncture is to issue a press release detailing all the steps it has taken thus far in facilitating the search for Ahmad, including its own efforts as well as its communications to the police and other authorities, and thereafter issue daily bulletins on the developments in the search. This willingness to share information with the JNU community and particularly Ahmad’s distraught and anxious mother and family, is absolutely imperative, both as a measure of enforcing accountability as well as to prevent the circulation of unfounded rumours.

Like all others, we are aware that Ahmad’s continued absence can be a result of many possible scenarios. Privileging one or the other of them (such as the “abduction” vs the “in hiding” hypotheses) is not prudent, as this may lead the search astray. Rather, we appeal to all campus constituents and members of the public in general to supply the police and the JNU authorities with any substantive information they may have with regards to Ahmad’s whereabouts. We offer our support to any member of the JNU community who may be hesitant to approach the police or the JNU administration, just as we have done in the aftermath of the crackdown on JNU students and continue to do (on a number of fronts).

As teachers well acquainted with university-mandated duties and processes, we condemn the JNU administration’s callous handling of the matter to date, starting from the fact that the initial action (now available in the public domain) recommended by the Mahi-Mandavi wardens on 15 October only acted upon the complaint against Ahmad, and did not even record the fact that Ahmad had been subjected to a severe beating by persons who were not involved in the initial altercation, in the presence of several independent eyewitnesses including the wardens. A summary punishment was meted out to Ahmad in an atmosphere that was hardly conducive to any free and fair enquiry. It is against this authoritarian and cavalier approach to matters that require responsible handling that JNU teachers have repeatedly warned the university since February this year. Once again, this unlawful conduct of affairs in the university has resulted in a tragic consequence that has put another young life at risk.

While the culpability of different students in creating this tense and unfortunate situation in Mahi-Mandavi hostel on the night of 14 October can only become known after a fair and impartial enquiry, it is the alleged involvement of people from outside in the aftermath of the initial event, and the alleged abuse of Ahmad along religious lines that is the cause of greatest concern. At the same time, an acknowledgment of an asymmetrical violence should not lead to a further division along religious lines, but to a strengthened resolve to combat the politics that gives rise to such polarisation in the first place.

The students, staff and teachers of JNU have built a culture of debate and dialogue across lines of religious communities, caste, gender and regions among others. This culture has been built in the face of great challenges. Our response to the present crisis must be to reassure all those have been made insecure by it, particularly all minorities and socially disadvantaged sections, that the whole JNU community stands with them and for their security, and that it will continue to combat communal and other divisions with the bonds of mutual respect and secularism.