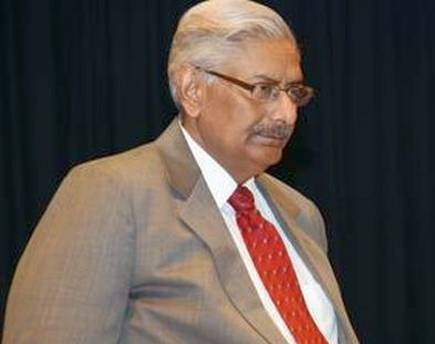 We, the members of various Human Rights Organisations and Concerned individuals, condemn the appointment of former SC Judge, Shri Arun Kumar Mishra, as the next Chairperson of the National Human Rights Commission (NHRC) of India by the selection Committee headed by the Prime Minister.

What is troubling  is that the decision to appoint Justice Arun Kumar Mishra as NHRC Head was despite the objection raised by the Leader of the Opposition in the Lok Sabha, Shri Mallikarjun Kharge, who suggested that a person representing Dalits, Adivasis, Minorities or other marginalised sections instead be appointed as Chairperson, considering that the bulk of victims of state abuse comes from these communities. The suggestion was  ignored and no reasons for discarding the same have been placed on record by the government.

Very clearly, the decision shows open contempt for the mandate of the NHRC which places emphasis on  independent functioning and autonomy. This was an opportunity to nominate a retired CJI or retied justice, with a proven track record of a concern for human rights thereby augmenting the reputation of the NHRC as an institution serious about redressing human rights violations. The public have a right to know the basis for the decision of the Selection Committee.

This decision made by the Modi-led Government smacks of brazen arrogance and indifference to public opinion and once again highlights the cynical disdain of the government for democratic norms and constitutional proprieties.  By appointing Justice Arun Mishra, whose tenure as a former Supreme Court judge was very controversial, the Modi government has demonstrated once again, that the basis for their selection is not guided by the requirements of a Head of the NHRC or even the track record of defending human rights by the person so selected. Instead, what matters is whether the person selected was close to the ruling dispensation.

We would like to point out that in matters involving critical right to life and livelihood issues of people from the margins of society, Justice Mishra as SC judge had scant respect for their plight. He was much criticised for ordering the eviction of millions of poor forest dwellers in a PIL challenging the Forest Rights Act and the order was kept in abeyance only after numerous nation-wide agitations launched by affected tribal communities. In personal liberty matters, he tended to prefer a hard line, favouring state action over charges of violation of individual liberties. In land acquisition matters, a study of the dominant pattern in his orders indicated a tendency to favour the state as against individual land owners who challenged the land acquisition.  In short, in all politically sensitive cases he always sided with the Central Government or acted in a manner to help some of the top leaders of the Central Government. These include Loya Case, Sahara Birla Corruption Case, Sanjiv Bhat Case, Haren Pandya Case, the tussle within CBI case, bail for Anand Teltumbde and Gautam Navlakha.

We highlight only cases relating to human rights.  His record in deciding land acquisition cases involving compensation claims indicated a clear bias to dismiss the appeals filed by private individuals  in favour of the respondent-state.   In contrast, in matters where the appeals were field by the state (Governments) and its instrumentalities, invariably he either allowed the appeals or partly decided them in their favour. He infamously presided over a 5-judge Bench on land acquisition, set up to reconcile a conflict in opinion between an earlier 3-judge Bench and a Bench presided by him.  Requests that he should recuse himself as there was conflict of interest with him heading the 5-judge Bench which was examining his previous judgment, not only fell on deaf ears, but brushed aside.

It is very clear that Justice Arun Mishra seems to have been rewarded for having declared his fealty to Prime Minister Modi in a Judicial Conference involving judges from 24 countries on 20th January, 2020. Notwithstanding that he was still a sitting SC judge, Justice Mishra unabashedly described PM Modi, in glowing terms, in his presence, as “an internationally acclaimed visionary  … (a) versatile genius who thinks globally and acts locally …”. The supreme irony of a sitting Supreme Court Judge openly describing the PM, as the Head of the Executive, in such flowery terms indicating his closeness to the ruling regime was not lost on discerning jurists, lawyers and concerned citizens. How can a person who made an improper and unwarranted statement praising the PM in his very presence, be trusted by people to act without fear or favour to protect their human rights violated by the government?

Few have forgotten the unprecedented action of 4 of the senior most SC judges consisting of Justice Gogoi, Chelameswar, Madan Lokur and Joseph, conducting a press conference in January, 2019. The immediate trigger for the press conference was the assignment of the Judge Loya case to a Bench headed by Justice Arun Kumar Mishra. The 4 judges also pointed to how cases were being fixed and sent to particular Benches –  and people inside the judicial system knew that the court was of Justice Arun Mishra – for favourable orders.

It is therefore not strange that throwing democratic proprieties to the wind, the Government has appointed Justice Arun Mishra as the Chairperson of NHRC.  Equally troubling is the appointment of former Director of Intelligence Bureau, Rajiv Jain as a member of the NHRC, when he has no human rights qualifications to speak of.

Through such arbitrary and partial action, the government has demonstrated their scant respect for the foundational principles of good governance and constitutional rule – which requires independent institutions which remain autonomous from the control of the executive; impartial institutional leaders who exhibit allegiance not to a leader but to the Constitution of India; and in whose working ethos embody the principles of  transparency, accountability and responsibility.

The appointment is one more brazen and deliberate blow by the Central Government to the Constitution, rule of law and human rights.

It is important to point out that the NHRC was created as an independent body which would enquire into complaints of abuse and violations of human rights by the State and its agencies. The NHRC, created by the PHR Act, is guided by the Paris Principles.

What stands out is that the appointment of Justice Arun Mishra is a flagrant violation of the `Paris Principles’ which govern the recognition of the NHRC in international law. The Paris Principles mandate the international minimum standards that all National Human Rights Institutions (NHRI) have to meet – irrespective of the size of the NHRIs – if they are to be `legitimate, credible and effective in promoting and protecting human rights’. Of the 6 foundational principles, the appointment of Justice Mishra directly violates  3:

(2)               Pluralism: ensuring that the composition of the NHRI’s reflects the social forces (from civilian society) who are the targets of social discrimination, inequality and rights violations.

(3)               Accountability. The NHRC’s are morally accountable to the larger citizenry who is at the receiving end of the brazen rights violations committed with impunity by state forces confident that they are always immune from being held accountable for their actions. While the NHRCs may comply with the legal accountability of placing reports before Parliament, the issue of owning up to their moral and ethical accountability is of utmost importance.

The NHRC itself has acknowledged their responsibility to comply with the Paris Principles and accreditation by GANHRI (Global Alliance of National Human Rights Institutions set up by the UN Human Rights Council). They have declared in their website that they have complied with the above principles sufficient to be re-accredited as an “A” Level NHRI by GANHRI in 2019. The appointment of Justice Mishra seriously repudiates the Paris Principles and has to be questioned.

There can be no iota of doubt that effective NHRI’s should have “independent members who exercise independent thinking and leadership”.  As the judiciary never tires of saying, justice should not only be done, but seen to be done. A big casualty of the appointment of a person like Justice Mishra will be the trust and confidence of people, especially victims of rights violations in the independence of the NHRC.

This apart, the other request of Mr. Kharge who suggested that there be greater diversity in selection of NHRC members by appointing Dalit, Adivasi or Minority communities, was also summarily rejected by PM – headed Selection Committee who reportedly finalised the appointments of the former Director of Intelligence Bureau, Mr. Rajiv Jain, and former J&K HC Judge, MK Mittal as members.

Once again, the Selection Committee has shown the scant respect it has for Dalit, Adivasi, minority and marginalised communities by appointing former police/ security officials who were seen to be close to the ruling dispensation thereby ignoring the demand for ensuring diversity in appointment of NHRC members.

It is a moot question as to whether in a nation of 1.38 billion people, there are no independent thinking, credible, constitutionally sensitive members from Dalit, Adivasi and minority communities. When repeatedly, only government officers, especially police officers are appointed as NHRC members, it confirms the suspicion that the Government is rewarding such officials for their loyalty to the ruling regimes.

Similarly, it is a valid question raised by members of the Dalit, Adivasi, Minority and other marginalised communities as to why members of their communities, who have been former judges of High Courts and Supreme Courts, leading academics and professionals amongst them are seldom appointed as members of the NHRC. This too highlights the claim of the government of respecting diversity as bare tokenism, and that too in bad faith.

It is time the voices of the silent majority are heeded and non-officials from these communities are recognised and appointed to the NHRC. It will greatly help assuage the feeling of alienation and frustration that many such communities feel today and make them feel confident about constitutional democracy in India.