Are there any Human Rights of a Missing Soldier ? 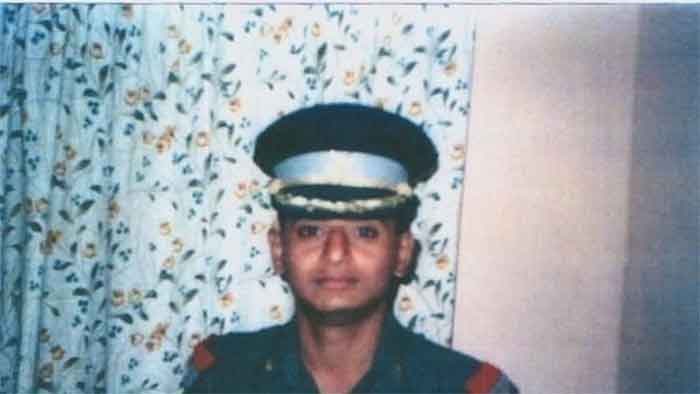 As we celebrate the International Human Rights Day, it is worthwhile to ask if a missing soldier of the country has any of rights that we commemorate with fanfare.

This might sound an insulting query in a country which swears by the breath, life, and death of its soldiers. This is rightly so, for, the soldier is the cream of a society and pride of the nation. He faces bullets defending the country, chanting, “Yeh Dil Maange More” and falling in action, therefore, worthy of worship rather than denied basic rights which we celebrate.

Who will deny this?

But, if a soldier, not only fails to avail the basic right of identity and dignity as laid down under article five and six of the universal declaration of human rights, but also becomes a victim of violation of the article nine of it by his own country then, it is not only a matter of extreme disgrace but a grave concern.

As you read this, Captain Sanjit Bhattacharjee, SS35271W, 7/8 GR, (would have been Brigadier today), is languishing in some dingy basement of a notorious Pakistan jail, being yelled at by names such as, ‘Mental’, ‘Bangali’ ‘Salim’, but certainly not ‘Tanaji’,  as he was lovingly called in his unit.

Captain Sanjit Bhattacharjee left for patrolling with his platoon on the night of 19/20 April 1997, in the Rann of Kutch bordering Pakistan. The next day, 15 of platoon members returned without the Captain and his shadow, Lance Naik Ram BhadurThapa.

They have not retuned since.

Captain Sanjit’s father died on 28 November 2020, after waiting for his youngest and dearest child for 23 years.

The Response of Army

The Army records- 24 -28 April 1997- reveal that Captain Sanjit was handed over by Pakistani fishermen to one Major Khiyani of Pak Army between the border post (BP) 1162 and 1165. Captain Umar of Umarkot post joined him on 28 April as “two missing persons of Indian army were taken to interog (sic) centre on outskirts of Hyderabad.”

The Army did not apprise the ailing father about any efforts it had made to trace, one of their brightest, (he was a black belt in Karate and an obstacle lead runner), who now was in enemy custody.

The Army did not share court of inquiry findings with the family till date saying, “it is merely descriptive.”

However, in February 2005, Bhattacharjee Senior received a letter from the then, Defence minister, regretting “untimely demise’ of his son who was ‘earlier declared missing!”

In May 2010, the President’s  Secretariat wrote Kamla Bhattacharjee, mother of Captain Sanjit, a letter informing her that her son’s name, had been added to an existing missing POWs (prisoners of war) list, known as “Missing 54” , and had been taken up with Pakistani authorities at highest level, including “during  Agra Summit in July 2001”, several times from 1997 onwards.

The letter had come in response to a half a dozen of petitions and reminders sent to the Army Southern Command, defence ministry, and three Prime Ministers.

It was a disappointing response from the Supreme Commander of world’s second largest Army; it broke the heart of the family.

Captain Sanjit Bhattacharjee is Not a POW

Paradoxically, the Captain is not a prisoner of war as he is made out to be!

India was not at war with Pakistan on the night he got struck with ailing Lance Naik Ram Bhadur due to a sudden flood.

With an unpredictable tide, the Rann turned treacherous, deceiving the best map reader of the academy, who, either swept or marooned on the other side of border, rescued by Pakistani fishermen, was handed over to the authorities, a usual practice by fishermen of two countries on a shifting terrain.

Captain Sanjit Bhattacharjee’s situation was no different than a fisherman going on his usual chore, as he was on a peace time usual patrolling, except that he was carrying ammunition instead of nets, which he never used against anyone.

India has swapped hundreds of its citizens with Pakistan since April 1997, agreeing that it is a humanitarian than a political issue.

Then, is it not a worse case of a bad luck, abandonment, pain, leading to a slow death, like the hero of  Veer Zaara,  who had personal motives, while Captain Sanjit Bhattacharjee is suffering for the nation.

Captain Sanjit Bhattacharjee is the real; not a reel hero and therefore, deserves a higher pedestal than other stars, whichever field they might come from.

It is notable that Captain Sanjit Bhattacharjee is not yet dead because there is no proof of it, except a signed piece of paper from an insensitive bureaucrat, unworthy of the value of the ink it was written with!

Captain Sanjit is a missing; not forgotten, at least not by her mother who has a right to know: if alive, where is he? If dead, where is his grave!

The Government Response and the Road Ahead

Without naming, to say, that the response, role, and conduct of authorities has been disappointing, is an understatement.

The government argument is that Pakistan has consistently denied existence of any POWs, therefore, it cannot do anything about it, despite knowing that they are, there. It has not shared  reasons for refusing  to approach the International Court of Justice and making use of Geneva Conventions (being a signatory of it) despite Gujarat High Court’s order directing it to do so in 2011.

The government’s conduct demonstrates disowning of our brave hearts amounting to  exiling the missing soldiers, an act prohibited under the article nine of the UN declaration that reads, “No one shall be subjected to arbitrary arrest, detention or exile”.

India, however, does not consist of bureaucrats and politicians who form the government. Captain Sanjit and Lance Naik Ram Bhadur belong to a 1.2 million strong family that will    not forget its lost members. One is certain that the rest of 1.2 billion people acknowledge the sacrifice of their youth and support the defenders of their motherland to have a rightful place, which, certainly is not the jail of an enemy country!

A soldier might be lost, incarcerated, tortured and, like a formidable tree cut into two, die bit by bit uncared, but he/she must not be forgotten.

If none other, they have a right to be remembered!

*Sanjit Bhattacharjee is SS-54 Officers Training Academy (then) Madras batch mate and buddy of Melbourne based Author, who formerly taught political science in Delhi University and served as the national general secretary of People’s Union for Civil Liberties (PUCL)

Glimpses into a nationalist Muslim – Maulana Azad
It’s man versus man in MP’s villages where condoms are a taboo
Julio Riberio - As a Christian, suddenly I am a stranger in my own country
The story I never got to tell – of rape and torture by the Indian army #Vaw