Aruna Roy -Memories Buried Deep have come back to Haunt Me: 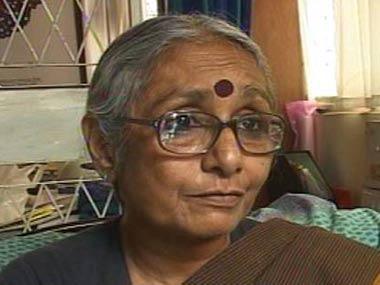 by – Aruna Roy
I was born a year before independence, and my parents and I lived in Delhi. I still bear the scars of those memories of partition- the brutality of killings , hatred, anguish and my father’s fearless forays and his confrontation of the mobs, my mother’s anxieties ….. household stories for me. When I was 3 I saw pictures of the holocaust. The two horrors were born of genocidal politics.
I do not know how  my generation can be quiet, and party to a politics born of hate and revenge, it has seen a lot. No matter how we judge Gandhi today, let us not forget that he stood fearlessly, daring to bring reason to this madness. He died for it. Today those who tacitly approved of the assassination rule us.
We have to fight harder than ever to get sanity back. This is not a BJP vs Congress debate, or a 1984 vs 2002 argument. All genocidal killings have to be condemned. We have to speak for compassion, humanity and for India. It is the land of the Buddha and of seers and poets, of Kabir, the sufis, bhakti poetry , of Ramana and Ramakrishna, of Moinudding Chisthi and guru Nanak, its also the land where Thomas the apostle landed fleeing from persecution in the 1st century, where the Zoroastrians found shelter. It is also the land which gave space to Ramaswami Naicker, the whole stream of questioning caste, Phule and Ambedkar.
The persistent attacks are more than worrying. I see in these actions  a baiting of the Muslims, to provoke them to retaliate ; so that once some are provoked, we can bring in the bogey of Islamic terrorism to manage a huge concerted attack. This will lead to a state of permanent violence and the India we know will soon disintegrate in every way, which way. In short I am worried and very anxious.

My bottom line is that I am not willing to keep quiet where my principles and my country are being torn asunder. I will speak and do whatever I can. I am glad that this group exists, amongst others, and a realisation is dawning on us that every voice matters – small or big, from wherever it may come – to bring sanity back to our battered public life and space.

#India - has Yo Yo Honey Singh already won ? #Rap #Vaw
Stand up comedian Kunal Kamra asked to leave his flat as he laughs at politicians #WTFnews
AYUSH Minister calls allopathic doctors Anti-National #WTFnews
When fear rules: How journalists are at receiving end for speaking out against the State