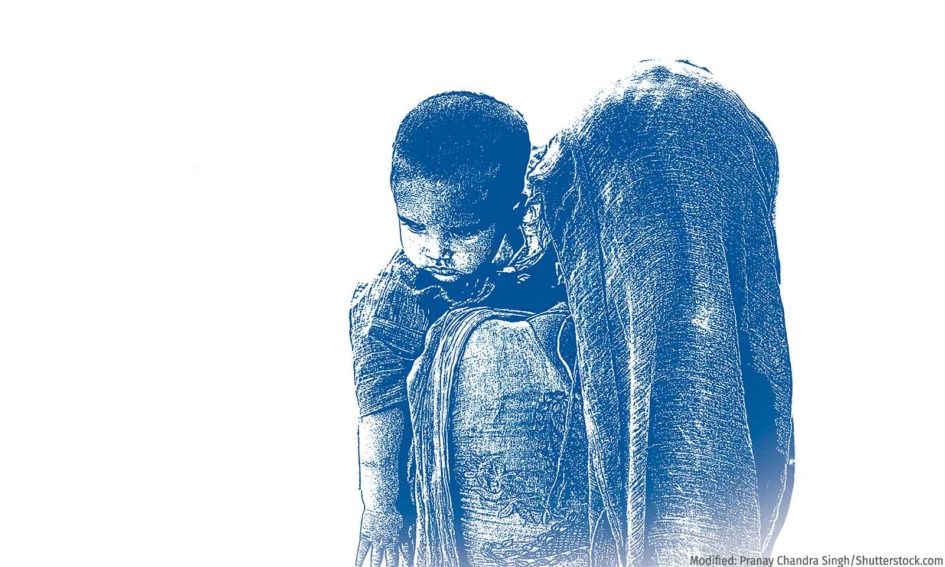 Noida: Nearly 60 of every 1,000 children born in Uttar Pradesh die before their fifth birthday, almost as many as in Afghanistan, according to data from the latest National Family Health Survey (NFHS 5)and the World Bank.

Subscribe to our newsletter so you don’t miss updates on important policy issues, data-led discussions and analysisSUBSCRIBE NOW

Only 27 of 194 countries for which data are available for 2019 have child mortality rates greater than that in Indian states.https://public.tableau.com/views/UPBiharHaveTheSameUnder-5MortalityRateAsAfghanistanBurundi_Desktop/Dashboard1?:embed=y&:showVizHome=no&:host_url=https%3A%2F%2Fpublic.tableau.com%2F&:embed_code_version=3&:tabs=no&:toolbar=yes&:animate_transition=yes&:display_static_image=yes&:display_spinner=no&:display_overlay=yes&:display_count=yes&:language=en-GB&:loadOrderID=0

This analysis does not include Lakshadweep and Chandigarh, where NFHS 5 did not cover enough households to calculate the child mortality rate.

Stunting (where a child is short for their age) and wasting (where the child’s weight is low for their height) are indicators of children’s nutrition level. Malnutrition, among other factors, is linked to high mortality, according to experts. We look at the state of child nutrition and health in India, based on the latest health survey.

Over a third of Indian children stunted

In the latest health survey, conducted between 2019 and 2021, over a third of Indian children (35.5%) under the age of five were stunted–when a child’s height is more than two standard deviations below the median height of children of their age based on World Health Organization (WHO) standards.

Nearly a fifth of the children (19.3%) across India were wasted–that is, had a weight more than two standard deviations below the median body weight of children of their height, based on WHO standards.

Maharashtra (25.6%) and Gujarat (25.1%) have the most wasted and severely wasted children in the country.

“Studies have found that some economically advanced districts across regions showed a higher proportion of stunted and underweight children in India,” said Puja Marwaha, CEO of the NGO Child Rights and You. “This exemplifies the fact that economic development may not necessarily be the only criterion in ensuring better nutritional outcomes for children, unless effectively backed by improvements in social and human development.”

Why we have so many short and underweight children

Stunting and wasting rates are indicators of the prevalence of malnutrition in a population, although they are not the only measures that need to be used, according to Shweta Khandelwal, a public health nutritionist at the Public Health Foundation of India. “Three types of factors impact nutrition; direct ones dealing with feeding and food; indirect ones such as mother’s education, her mental health, income levels, WASH (water, sanitation and hygiene), pollution, agriculture; and an enabling environment, such as governance, leadership, state capacity (to provide respite in times of distress) and government policies.”

Child development, diet quality and access to knowledge are also important indicators of child health, according to this summary of indicators for child health.

“Just by ensuring that our social safety nets are providing grains or rations or hot cooked meals (through the Mid Day Meal Scheme, Integrated Child Development Services, Public Distribution System), we are not going to solve the problem of multiple forms of malnutrition,” Khandelwal said.

In addition, Covid-19 may have disrupted health services. “Health workers and other frontline workers were deployed for door-to-door Covid-19 surveillance, which diverted them from their roles in providing counselling services,” said Marwaha. For instance, she said, they were less likely to fulfil their roles related to infant and young child feeding, provide assistance under the Janani Shishu Suraksha Karyakram (JSSK, the government’s initiative to provide free and cashless services to pregnant women and newborn children under 30 days of age), immunisation, Vitamin-A administration, prevention and management of routine childhood diseases, and anaemia and management of child malnutrition.