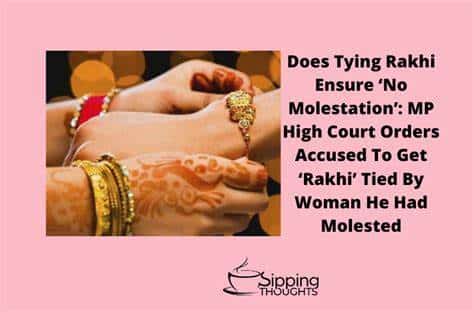 This Is An Opportunity To Impart Gender Sensitisation To Judges”:AG Tells SC On Plea Against Bail Condition 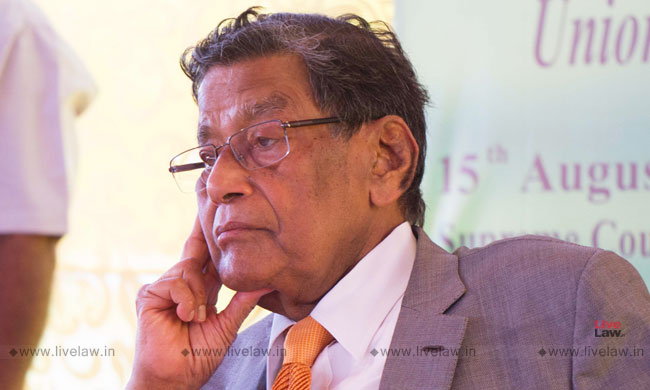 The Supreme Court on Tuesday stated that it shall deliberate on the limitations of judges in imposing conditions for bail, in view of 9 women lawyers seeking a stay on the bail condition imposed by the Madhya Pradesh High Court on July 30, in releasing a person, apprehended for outraging the modesty of a woman, provided he visits the house of the complainant and requests her to tie the Rakhi band to him “with the promise to protect her to the best of his ability for all times to come.”

At the previous hearing, Justice A. M. Khanwilkar’s bench had issued notice to the Attorney General.

“On the face of it, the judge got carried away. This is more something from the films than anything else. Your Lordships have repeatedly held that judges have to confine themselves to conditions specified in 437-438 (Cr. P. C.) and to any aspects that may be related…this is all a drama and should be condemned….the question is how do we make this known to the judiciary?…the PCJ, which holds exams for recruitment of judges, may also cover gender sensitisation…the National Judicial Academy is concerned with District Judges, and the State Judicial Academy with the subordinate judges- judges may be brought in batches to the Academy to educate them…”, advanced AG K. K. Venugopal on Monday.”Then there is the e-committee which manages the Case Information System. All Your Lordships’ judgments are placed on the CIS which goes to all the judges. This way they will know what is permissible and what is not. There is a sensitisation Committee within the SC itself, they may be heard.

It is the Gender Sensitisation and Internal Complaints Committee…lectures may be delivered in the SC, the HCs and the district courts and each topic can be separately dealt with…there is also a document in this context, prepared at Bangkok by all judges of East Asia, who laid down principles…”, he continued.”You can circulate a note containing all this material. We’ll examine these documents and then we can discuss…We are on the discretion as to the conditions of bail and to what extent it can be delegated…”, noted Justice Khanwilkar.”We need to educate judges on these aspects”, repeated the AG.”We may say what all is permissible. Once we decide that, it will mean that the rest is impermissible and judges may not venture beyond that. That is one to go about it.

We can also state in what circumstances the discretion may be exercised and how it is to be exercised. We can lay this down for all courts”, observed Justice Khanwilkar.”This is an opportunity for the court to impart gender sensitisation”, added the AG.”That will be part of our observations! An order can be passed here by us”, asserted the judge.Senior Advocate Dushyant Dave, appearing for a 96 year former HC judge and an 84 years old practicing senior advocate, both of whom are interveners, sought to advance that “all kinds of conditions are being imposed by HCs””Now that it has been brought to our attention, we will specify or define”, assured Justice Khanwilkar.

The bench required the AG and the counsel for petitioners and the intern eveners to submit a note on what is permissible, also indicating their suggestions, to the court.