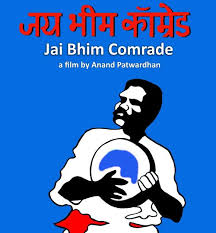 Noted and celebrated Indian documentary filmmaker Anand Patwardhan will host a discussion and screening of his groundbreaking film, “Jai Bhim Comrade: The atrocity of caste, a tradition of reason, a song that will be sung,” at the Carleton College Weitz Center for Creativity Cinema on Tuesday, Oct. 16 at 6 p.m. This rare appearance is one of only two screenings of the film in Minnesota. Patwardhan’s films document injustice in an attempt to spark dialogue and social change; “Jai Bhim Comrade” provides a harrowing look at the persistent suffering of the “untouchable” caste in Indian society despite attempts to end discrimination. This event, which is free and open to the public, begins with a discussion and reception with Patwardhan at 6 p.m., followed by the screening of the film at 7 p.m.

“Jai Bhim Comrade,” which took Patwardhan 14 years to complete, offers an examination of how Dalits, also known as untouchables (the lowest caste in the traditional Hindu system), are still mistreated by many Indians and Indian politicians, despite the presence of laws meant to protect them. Patwardhan uses the massacre of Dalits by Mumbai police at a demonstration in 1997, which was followed by the public suicide of the subject of an earlier Patwardhan film, “Bombay My City,” as a means of exploring the history of discrimination toward Dalits. Patwardhan also documents the ongoing struggle between those who look down on the Dalits and those who have promoted reason and social justice through the centuries. Despite numerous antidiscrimination laws, which are widely perceived as greatly improving the condition of Dalits (India elected its first Dalit president, K.R. Narayanan, in 1997), Patwardhan shows audiences that the Dalits’ troubles are far from over. “Jai Bhim Comrade” has been widely screened throughout Maharashtra, the state where it is set, in an effort to reach the people whose lives it chronicles. The film was honored with a Best Film Awards at Films South Asia (a festival in Kathmandu, Nepal) and at the Mumbai International Film Festival, and has been honored by National Awards India and the Hong Kong International Film Festival.

Called “the foremost Indian documentary maker of his generation,” Patwardhan’s films expose the darker side of life in modern-day India. He claims to have become interested in political activism through participating in protest activity against the Vietnam War while a student at Brandeis University in Massachusetts. “Jai Bhim Comrade” is the first Patwardhan film to be approved by Indian film censors without any cuts; much of his previous work had been cleared for release only after legal battles. His first film, “Waves of Revolution” (1971), focused on the government’s repression of student activists in Bihar, and since then he has made films emphasizing political issues. Many of his films have been honored at film festivals worldwide. “War and Peace” (2002), Patwardhan’s last film before “Jai Bhim Comrade,” focuses on the development of nuclear arms by India and Pakistan; it won a National Film Award in India and was honored by the Karachi International Film Festival, the Sydney Film Festival, the Mumbai International Film Festival and the Earth Vision Film Festival.

This special appearance and screening at Carleton honors the work of Eleanor Zelliot, Laird Bell Professor of History Emerita, whose acclaimed work on India spanned a broad range of topics and centuries. Her commitment to documenting the poetics, piety and politics of Dalits, relegated to the margins and whose histories and voices have often been forgotten, were the focus of her academic writing and teaching.

This event is sponsored by the Department of Asian Studies, the Department of Religion, the Department of History, the Department of Cinema and Media Studies, and the Zelliot Endowment for South Asian Art and Culture. For more information about this event, including disability accommodations, contact Sandy Saari at (507) 222-4232. The Weitz Center for Creativity is located at 320 North Third Street in Northfield; enter at the corner of Third and College Streets.

In UP villagers get cocktail vaccine dose: Covishield first, Covaxin next
NWMI Condemns Attempts to Silence senior journalist Supriya Sharma
India - Private Cos Team up to Bat for Aadhaar in SC #WTFnews
Dalit teenager gang-raped for over a week; seven arrested #Vaw #Justice