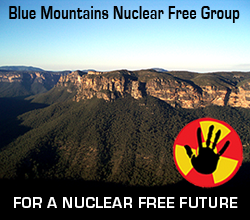 Australian documentary fi­lmmaker, David Bradbury, known for his crusade ag­ainst nuclear energy, and his wife, Linda Treena Rose, were detained by the Kudankulam police on the­ir way to Idinthakarai, the hub of the struggle against the Kudankulam Nuclear Po­wer Plant (KKNPP) on Thursday morning.

Although taken to the Va­l­l­iyoor DSP’s office for que­s­tioning, the couple was re­l­­eased when the police lear­nt of Bradbury’s credenti­a­ls as a filmmaker nominated twice for the Oscar.

The Australian filmmaker has come to Tamil Nadu to make a documentary on the anti-KKNPP moveme­nt, according to filmmaker, Sreemith of Calicut, who made the Get up, Stand up documentary on the agitat­i­on and has helped coordin­a­te his trip. He revealed that Bradbury contacted him as soon as he was det­a­i­ned by the police.

The local police, who first informed the media about the detention of the couple, later denied it.