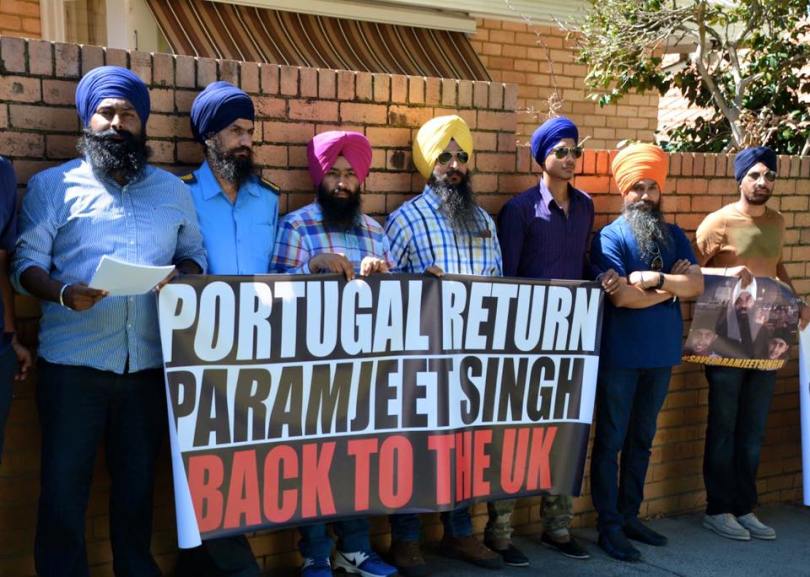 Melbourne – The Sikh diaspora from around Melbourne took part in the Justice Rally for Bhai Paramjit Singh Pamma today on February 5.  The rally was being organized outside Portugal Consulate embassy in Hawthorn.

Bhai Paramjit Singh Pamma was arrested from Portugal on December 18 by Interpol on request of the Indian Government.  The Punjab Police is demanding Bhai Pamma’s extradition from the Portuguese government in the supposed murder case of Rulda Singh, president of the Rashtriya Sikh Sangat (Punjab), a right-wing terrorist organization.

Future uncertain for 10-day-old girl born of mentally challenged woman #Vaw
Undaunted by temple attack, Pakistani Hindu stuck in India with three children wants to go home
India: In God’s Own Country, Tribal Women Have No Hope Or Faith #Vaw
SC Aadhaar Hearing-Aadhaar represents a complete breakdown of trust as it presumes if you don't have...