Ayodhya Hearing – “We Have Other Priorities”: Supreme Court Pushes Ayodhya Case To January

Ayodhya hearing: Chief Justice of India Ranjan Gogoi said an appropriate bench will fix a date and adjourned the hearing till January

The Ayodhya temple-mosque dispute will be taken up in the first week of January, the Supreme Court said in a four-minute hearing today that left the ruling BJP facing calls from its leaders as well as hardline Hindu affiliates for an ordinance or special order to facilitate a Ram temple at the site.

“We have our own priorities,” said Chief Justice Ranjan Gogoi, rejecting an urgent hearing as the Uttar Pradesh government argued that it was a 100-year-old dispute that should be taken up on priority.

The chief justice also said that an “appropriate bench” would decide when to take up daily hearings, indicating that he may not even be one of the judges deciding on the dispute.

The court ruling spurred loud demands for an ordinance within the BJP and various groups linked to its ideological mentor RSS (Rashtriya Swayamsevak Sangh).

Some 14 petitions have challenged the Allahabad High Court’s 2010 verdict partitioning the land into three, between the Sunni Waqf Board, the Nirmohi Akhara and Ram Lalla (infant Lord Ram, a party to the case). 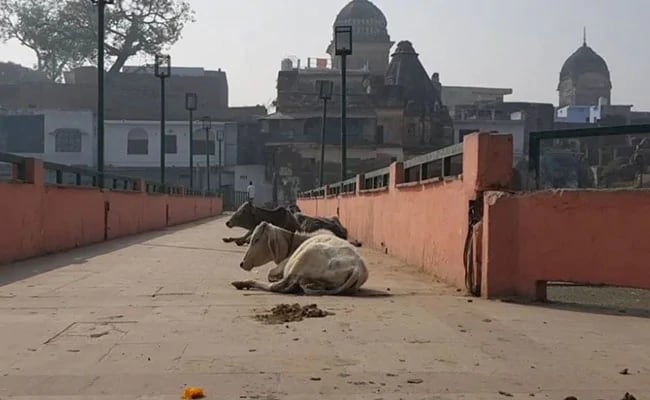 In a cataclysmic event that divided Indian politics forever, the 16th century Babri mosque was razed in December 1992 by Hindu activists who believed it was built on the ruins of an ancient temple marking the birthplace of revered god-king Ram. For the BJP, which has treaded carefully between its promise of development and its core Ayodhya temple agenda, an early hearing could mean a chance to go to its loyal voters with extra credits.

“There should be no debate on this…The court is also not needed. I am worried that Hindus are losing their patience, I don’t know what will happen then,” said Union Minister Giriraj Singh, reacting to the rescheduled hearing.

Union Law Minister Ravi Shankar Prasad said many in the country wanted the case to be heard quickly.

The Press Trust of India quoted the RSS as saying the Supreme Court should take an early decision and if there are hurdles in the path of a temple at the site, the government should bring a law soon.

“The Sangh believes that a Ram Temple should be constructed early at the birthplace and should get land for temple construction at the birthplace. The Supreme Court should take an early decision and if there is any difficulty, the government should make a law to remove hurdles in the construction of the Ram temple to grant land at the Ram Janmabhoomi site,” RSS chief spokesperson Arun Kumar said in a statement.

The Congress and other parties opposed the ordinance route. Former union minister P Chidambaram said: “This is a familiar story. Every 5 years, before the election, the BJP will try to polarise views on Ram mandir. The Congress believes everyone should wait until the Supreme Court decides. I don’t think we should jump the gun.”

Hyderabad lawmaker Asaduddin Owaisi, the chief of the All India Majlis-e-Ittehad-ul Muslimeen (AIMIM), dared the government to put out an ordinance “if it had the courage”.

On September 27, the top court had declined to review a 1994 ruling that the government can acquire land that a mosque is built on as a mosque is not integral to Islam. Many believed that decision meant the temple-mosque dispute can be taken up without any delay.

Adani Files - A short history of corruption, destruction and criminal activity
How can the human rights community respond to severe political polarization ?
Karwan-e-Mohabbat: A Dalit's fight for dignity in Gujarat bodes well for all of us
Sunderlal Bahuguna, Noted Environmentalist, Dies Of COVID-19