Bail For Hyderabad Students, Report Says Some Were Threatened With Rape 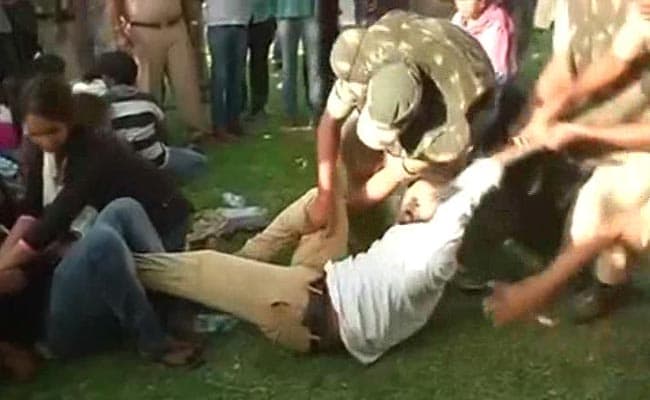 Nearly a week after they were arrested, 25 students and two professors from the Hyderabad Central University have been granted bail.

Their release may bring some much-needed succor to a campus that has been a volatile zone since January’s suicide of Rohith Vemula, a 26-year-old Dalit student.

Last week, nearly 150 students held hostage the university’s top officer, Vice Chancellor Appa Rao, for nearly six hours. How the police evicted them has been harshly reviewed by a team that included human rights activists and lawyers who found that women students were threatened with rape and Muslims were refereed as terrorists by police. 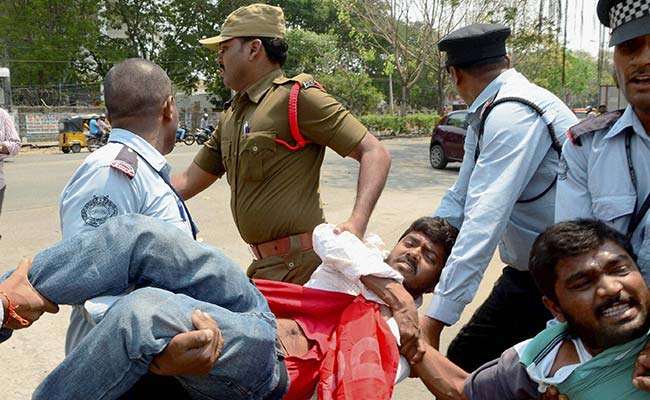 Twenty five students were arrested a week ago on charges of vandalising the Vice Chancellor’s chambers. (PTI photo)

The government did not oppose bail for the group that was arrested; Telangana Chief Minister K Chandrasekhar Rao has said he will ask Prime Minister Narendra Modi to remove the Vice Chancellor.

That is one of the leading demands of a section of students who have composed a group called the Joint Action Committee which says the Vice Chancellor is guilty of persecuting Mr Vemula, driving him to hang himself in his hostel a month after he was suspended from classes. A month before he died, Mr Vemukla wrote a letter to Mr Rao, plaintively describing insidious caste discrimination against Dalits on campus. Students say instead of helping him out, the official went ahead with suspending Mr Vemula for allegedly assaulting members of a rival student group affiliated to the BJP. 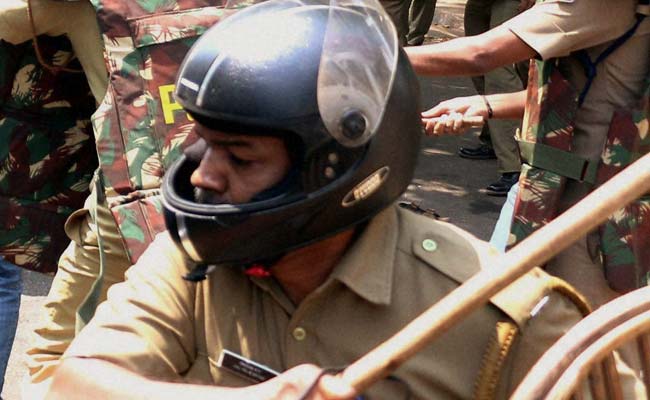 The police was criticised for their heavy handed crackdown on the protesters. (PTI photo)

The Joint Action Committee – which counts representative of 14 different student groups – called for others to boycott classes today. Lectures were meant to resume this morning after last week’s unrest, but protesters reportedly marched through corridors, ensuring large disruptions.

University officials like Mr Rao say those students who claim to be fighting for justice for Mr Vemula have breached protocol, campus rules, and the right of other students who want to get on with their classes.

C Gangadhar, 24, belongs to a family of farmers who, like so many others in the area, are coping with a relentless drought. The PhD student says that till the university configures an equilibrium, he cannot receive his fellowship, a large part of which he sends to his home. “My family has been asking me for money, but I have not got my scholarship yet. I have not been able to send my thesis report on time because of the effect these protests have had on our classes. I am a poor person. I just want to continue with my PhD,” he told NDTV.

Surya Pratap Singh, 24, is desperate for a job – and worries that the university is no longer in the running for companies looking to hire. “There were companies waiting to come for placements, but now they aren’t. This is the placement season. Someone has to think about us also. Those who have been arrested innocently need support. But why come around and ask us to boycott classes?”

But other students say they cannot pretend things are normal. Marika, studying Mass Communication, says she has no affiliation to any political group but supports the cause. “I am standing for justice. How can Vice-Chancellor Appa Rao just walk in one fine day into the university secretly as if nothing happened? He was head of the institution when Rohith Vemula died.”

Policemen who cracked down on students protesting at the University of Hyderabad had allegedly threatened to rape the women students, an independent fact finding team has claimed.

The team, which was looking into the incidents that happened on the campus on March 22, has claimed that there was widespread assault of women students. “Abusive language and threats to rape the women students were heard from police,” claimed the interim report by the panel comprising senior human rights activists, academicians and lawyers.

The team, which met students, faculty members, police, and the Telangana home minister, also claimed that statements made targeting minority students, describing them as “terrorists” were also heard.

The team members told reporters on Saturday that students and faculty members arrested were not presented before a magistrate within 24 hours as required by law. “Police could have given bail but the students and faculty were remanded in judicial custody,” said the report.

Police had arrested 25 students and two faculty members when they were staging a protest against P Appa Rao resuming his duties as the vice chancellor of the university.

Mr Appa Rao, his representatives, and other university officials refused to meet the panel.

The committee claimed that the registrar had banned the entry of the media, political, social, and student groups on March 23.

The panel said that the return of Mr Appa Rao triggered the disruption of peace on campus because of “police inaction in the case registered against him, central minister Bandaru Dattatreya, and ABVP leader Sushil Kumar under SC/ST (Prevention of Atrocities Act)” in connection with research scholar Rohith Vemula’s suicide in January.

The panel recommended that the vice chancellor be suspended pending the outcome of the investigation for the best academic interest, and in restoring a peaceful environment in the university.

The panel also recommended that a criminal investigation be immediately conducted, and action be taken against the police who have willfully neglected their duty under section 4 of the SC/ST amendment act, 2016.

It appealed for immediately restoring normalcy at the university.