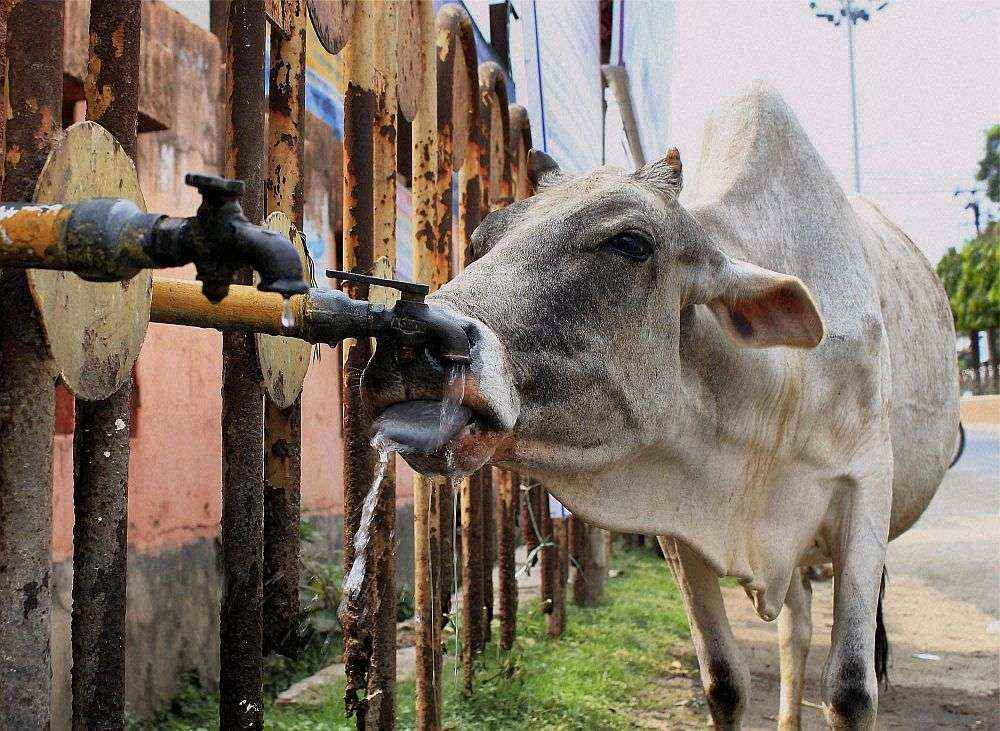 Bajrang Dal activist today held a protest demanding a complete ban on the sale of beef and slaughter of bovine animals in Jammu and Kashmir, besides urging the government to impose death penalty for those who defy the ban.

Addressing the workers of the organisation, religious Guru Dinesh Bharti demanded a prohibition on cow slaughter in the entire state and slammed those who have been justifying beef consumption on various grounds.

“The cow slaughter should be banned in the state in letter and spirit,” he said.

Asking that a large number of cattle are being smuggled from Jammu and adjoining areas to Kashmir Valley, he urged the state government to stop the “illegal practice.”

“The protection of cow is considered sacred for Hinduism,” he said.

Later, Bajrang Dal activists led by Bharti took out a rally from Gangyal, which culminated at SDM Office Gadigarh, where they submitted a memorandum to Tehsildar in regard to ‘protection of cow’ and demanded death penalty for the people who slaughter the animals.