NCW report also questioned role of doctors, alleging that they deliberately brush aside rape cases by meddling with test reports. 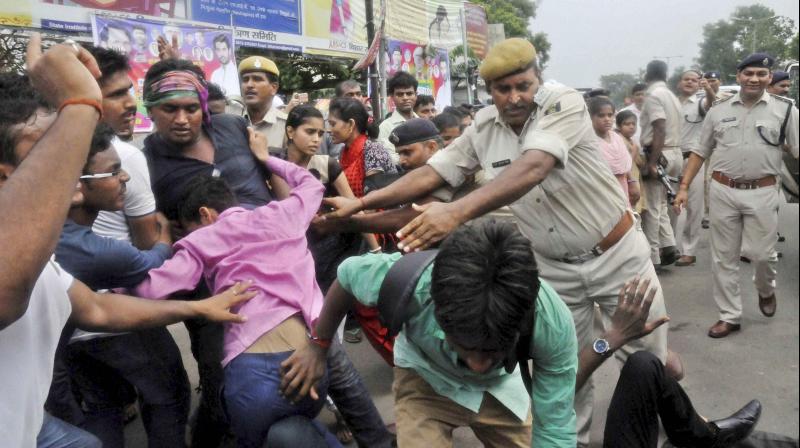 New Delhi: A 21-year-old woman, who was allegedly gangraped in Motihari in Bihar’s East Champaran district, was subjected to two-finger test despite a ban by the Supreme Court, the National Commission for Women is believed to have said in its report.

The women body shared the report with the Prime Minister’s Office on Wednesday and also sought an appointment with Home Minister Rajnath Singh to discuss its concern about the Bihar police administration.

While the NCW Chairperson did not divulge the details of the report, a source said it mentions that the alleged rape survivor had to undergo the two-finger test, which was banned by the Supreme Court in 2013 holding that it violated the right of rape survivors’ to privacy.

The report also questioned the role of doctors, alleging that they deliberately brush aside rape cases by meddling with test reports, the source claimed.

The Commission had instituted the inquiry into the gangrape and one of its members had visited the town as part of a fact-finding mission.

Chief Minister Nitish Kumar too has come under Opposition fire over “increasing lawlessness” in the state.

The incident took place nearly a week ago. Five men stormed into the woman’s hut, dragged her out and gangraped her in front of her parents and neighbours. The accused brutalised her by inserting a pistol and some wooden object in her genital area. She was rushed to a local hospital in critical condition.

Five people have been arrested in connection with the incident and two policemen were suspended for dereliction of duty.http://www.deccanchronicle.com/nation/crime/300616/despite-sc-ban-two-finger-test-conducted-on-motihari-gangrape-victim.html

The Strange, True Story of How a Chairman at McKinsey Made Millions of Dollars off His Maid
Mahrashtra Police harasses Advocate Surendra Gadling ,Dalit and Kabir Kala Manch activists in the n...
Uma Bharti- Dishonouring the oath of office
No means no, says judge and convicts lawyer for harassing female colleague #Goodnews