Avinash Gupta, the owner of Yumlok, was on the run since February 13 – when the incident took place. 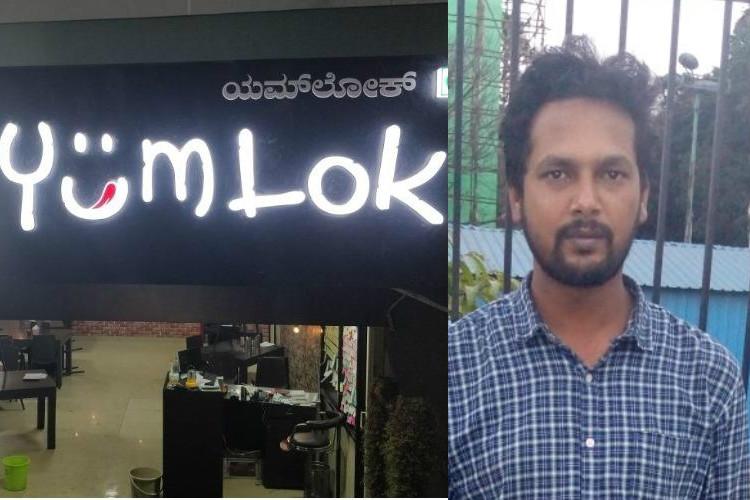 Three days after two men died while cleaning a septic tank of Yumlok, a restaurant in AECS Layout in Bengaluru, the police arrested its owner, Avinash Gupta, on Saturday.

He was on the run since February 13.

This comes after the arrests of restaurant manager Ayush Gupta, caretaker Venkatesh and two Bruhat Bengaluru Mahanagara Palike (BBMP) officials. Ayush and Venkatesh were arrested on the day of the tragedy, February 13.

The BBMP officials – Devaraj, senior health inspector, and Kalpana, deputy health officer – were held for allegedly issuing an illegal license for the restaurant to operate from the basement of a building.

All of them will remain in judicial custody till February 28.

Manual scavenging is banned across India. Employing a manual scavenger has been made a cognisable offence with imprisonment and a fine since 1993, and the Prohibition of Employment as Manual Scavengers and their Rehabilitation Act 2013 and a Supreme Court ruling state the same.

In this instance, the two deceased – Ramu and Ravi – both from Raichur were employed as contract pourakarmikas, but were forced to manually clean tanks to make a living as their ATM cards and passbooks were reportedly taken away by the contractor.

Mythreyi Ramesh, a lawyer advocating the cause of pourakarmikas, said, “This is a good step. Not only have they been arrested, but they have been remanded to judicial custody. This should be a message from all the officials.”

“Moreover, the accused have been booked under section 304 part II (culpable homicide not amounting to murder) of the Indian Penal Code, as well as sections of the SC/ST Act and also the Manual Scavenging Act,” she told TNM.

But, Mythreyi rued that the compensation announced by the government has not reached the families yet.

Of late, Bengaluru has seen a spike in the number of deaths caused due to manual scavenging.

The Karnataka State Commission for Safai Karmacharis has asked the BBMP to set up an sewage treatment plant (STP) monitoring cell of its own.

All STPs have been asked to register with the civic body. The Commission has also asked for a survey of STPs in the city within two weeks’ time.