Bezwada Wilson: The Govt is Not Bothered About Dalits Dying in Sewers, Septic Tanks

In an interview, the 2016 Magsaysay Award winner discusses the struggles of India’s sanitation workers and the reasons why the country has yet to end the barbaric practice of manual scavenging. 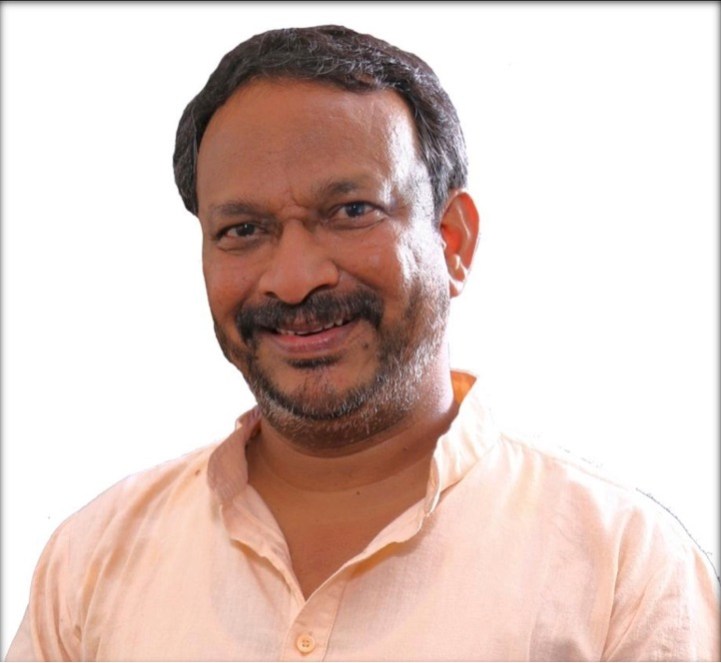 Bezwada Wilson has been a relentless crusader against the most barbaric caste-based practices India has given rise to – of a person cleaning somebody else’s excreta just because she or he has been born in a particular caste. For more than three decades, Wilson has almost become synonymous with the struggle to abolish the practice of ‘manual scavenging’. Born in a family of that caste, Bezwada started his mission at a very young age and built the Safai Karamchari Andolan (SKA) as an organisation to spearhead the campaign for the abolition of manual scavenging. A staunch believer in B.R. Ambedkar and now a winner of the prestigious Ramon Magsaysay award for 2016, the Delhi-based Bezwada Wilson is a friend of all democratic and progressive people’s movements across the country. Fifty-years-old, Wilson says the award is the result of the work of the community women who came out from manual scavenging for the sake of their dignity. In an interview with Bhasha Singh, he spoke about his work.

How will the Magsaysay award help in your fight to end manual scavenging?

This award is a recognition of the struggle of millions of manual scavenger women who carried night soil on their heads. This is a recognition of their fight for dignity and justice. This award will, I think, help the world to understand more about this issue. The is one of the biggest challenges that needs to be addressed by our civilised society. As a result of the award, our struggle is going to increase in coming days. But we hope that our voices will grow stronger. We finally need to achieve Babasaheb Bhimrao Ambedkar’s dream of the elimination of caste.

India is now going through the ‘Swacch Bharat Abhiyan’. How do you see this mission in your fight against manual scavenging?

This Swacch Bharat campaign has nothing to do with making India free of manual scavenging. It is about building toilets – and toilets only. Does it talk about who is going to clean these toilets? How are we going to clean these toilets? This country or for that matter, this government is not worried about its people dying in sewers or septic tanks. What an irony! The government is constructing 12 crore toilets, without any planning for how and who is going to manage the shit out of those. For us, these might as well be 12 crore death chambers. We ultimately want that nobody should die while cleaning sewer-septic tanks. We want this system to stop killing us… to end manual scavenging. Until this becomes the approach, no abhiyan is going to help us.

How do you see the journey of the Safai Karamchari Andolan?

It is full of struggle and fight. We have came a long way since we started from the Kolar Gold Fields (KGF) in Karnataka to now having a presence in 22 states with more then 6,000 volunteers. The community, especially women manual scavengers, are the core of our movement. Despite all types of social stigmas, just for the sake of dignity they came out of their homes, burnt their baskets. Women like Narayanamma from Anantpur, Saroj Di from Ambala, Geeta Devi for Saran-Chhapra (Bihar) and many more – they all stood for the cause with iron will. They have thrown off their backs the baggage of thousands of years of slavery and paved the way for the movement to overcome all the hurdles. They have been our backbone. Today, this award is because of them. Now we are focusing more on stopping sewer-septic deaths. We have to fight for the right to life of our brothers and sisters. This is major task ahead of us.

Caste based atrocities are increasing. How you see this trend, especially in reference to recent incidents in Gujarat?

Brahminical, Manuwadi forces have always wanted to crush Dalit assertion. They can;t bear our aspiration for dignity and equality. In Gujarat, the condition of Dalits is very bad, they are full of anger. The way our brothers were attacked by so called cow-vigilantes with full administration support – that shows the prevalent casteist mindset. Dalits have given a befitting reply: If the cow is your mother, better you clean its dead body also. Perhaps, this is the way forward for annihilation of caste. But now you will find this anger on the rise in Dalits across the country as rightwing forces are depriving them of rights enshrined in the constitution. They want to dictate to us what to eat, what to wear, whom to marry and so on. This is going to be a big fight.

Why do you think manual scavenging is still continuing in India?

Because of the dirt in the minds of society and policy makers. Our movement to eradicate manual scavenging is basically a movement to break the shackles of caste. It directly questions patriarchy and caste based discrimination. It exposes the whole sanitation system, which is terribly casteist. In one line, I can say that because of the lack of political will and casteist mindsets, manual scavenging still exists. The system wants a particular community to clean its shit. They don’t want to change, but we are forcing them to bring the desired change.

How you remember Ambedkar today?

He is part of our lives. He has shown the way – which protects life for everyone, not only Dalits. He and his works are most relevant now. He has always shown us the way to save democracy. It is just because of his relevance in the present context that everyone is trying to mint political mileage out of Ambedkar. Ironically, those in power, who are trying to usurp him, are the ones whom Ambedkar staunchly opposed all through his life.

#India - No Time to Turn In #mustread
The conjuring of #Aadhaar ghosts and duplicates #MustRead
No More Bhopals ! Solidarity and support to the struggling survivors of Bhopal Gas Disaster
Desmond Tutu condemns Aung San Suu Kyi: 'Silence is too high a price'