The CBFC is showing double standards by bending the ‘NOC rule’ for the film.

Bollywood filmmaker Madhur Bhandarkar is known for making realistic films, which include award-winning movies like Chandni Bar and Page 3. However, his latest project, Indu Sarkar, a film on the Emergency, depicting the “reign of terror” under then Prime Minister Indira Gandhi, has come under severe criticism from the Congress.

The Congress has condemned the alleged “false depiction” in Bhandarkar’s film and said the film is “fully sponsored“.

“This film is fully sponsored. The organisation and the individual who are behind the film are known to us. We totally condemn the false depictions in the film,” said Congress spokesperson Jyotiraditya Scindia.

Bhandarkar had earlier said he made Indu Sarkar as it was important to tell about the Emergency to today’s generation.

Some initial sneak peeks into the movie showcased how Neil Nitin Mukesh and Kirti Kulhari’s looks resemble that of Indira Gandhi and her son and party leader Sanjay Gandhi. Indu Sarkar will release on July 28.

The question that arises is whether the Central Board of Film Certification (CBFC) showed its double standards by bending the “NOC rule” for Indu Sarkar?

The censor board has multiple standards when dealing with films with a political theme. While makers of the Manmohan Singh bio-pic would be asked to get an NOC (no objection certificate) from the man himself, no such ruling applies on Madhur Bhandarkar.

Indu Sarkar won’t have to get an NOC from anyone in the Congress nor the Gandhi family, says censor board chairman Pahlaj Nihalani, who is delighted to see the Emergency being slammed in the film’s trailer.

Nihalani said: “I saw Madhur’s trailer, and I want to congratulate him for blowing the lid off one of the most shameful chapters of Indian politics. This was a time when the nation was put in the most embarrassing spotlight in the global arena. Many of our biggest leaders had to go to jail during the Emergency. The Indian people’s morale had hit rock-bottom.”

CBFC’s rule says no film about real incidents and situations can be passed without NOCs from the concerned people. But Nihalani has given the green signal to Bhandarkar’s film saying, “Indu Sarkar does not name anyone. There is no mention of Mrs Indira Gandhi or Sanjay Gandhi or anyone else in the trailer. You are only presuming the film is about the people you mention because of the physical resemblance.”

Nihalani’s arguments seem to be unconvincing since the trailer starts by stating that the film is set during the years of the Emergency, which was declared by Indira Gandhi in 1977. It goes on to show Indira and her son Sanjay (played by Neil Nitin Mukesh) unleashing the most arrogant tyranny on their fellow countrymen.

It was only recently that the CBFC chairman had asked the makers of the documentary film An Insignificant Man chronicling the rise of the Aam Aadmi Party to get a “no-objection certificate” (NOC) from Prime Minister Narendra Modi, former Delhi CM Sheila Dikshit and AAP chief Kejriwal himself, among others.

The censor board chief had also asked filmmakers Khusboo Ranka and Vinay Shukla to “delete all references to the BJP and Congress” from their movie. Several legal experts had then expressed doubts over the legality of requiring Indian filmmakers to get NOCs from politicians.

Nihalani asked for an NOC from the makers of An Insignificant Man because several references to the three people have been made and require their nod. But the same chairman brushes aside the requirement of an NOC for Indu Sarkar saying there is no mention of Indira Gandhi or Sanjay Gandhi in the film’s trailer.

If this is not utter duplicity then what is?

Time to time, various Indian governments have banned films that have caused them discomfort. Political interference has become the norm for the film fraternity. Making films that expose the stark realities of life has always stirred a hornet’s nest for filmmakers.

The country has a long history wherein movies based on real life incidents were banned, dragged to court or edited, thanks to the overwhelming dominance of the Indian political system.

Here are some political films that courted controversy with the censor board:

It was banned for depicting the psychological motivations of Nathuram Godse, the assassin of Mahatma Gandhi.

Directed by MS Sathyu with Balraj Sahni in the lead role, Garm Havawas held back by the CBFC for eight months as they feared the movie could instigate communal riots in the country. The movie showed the agony of a Muslim family during the Partition of India. However, the film was highly acclaimed, achieved success and won prestigious awards. 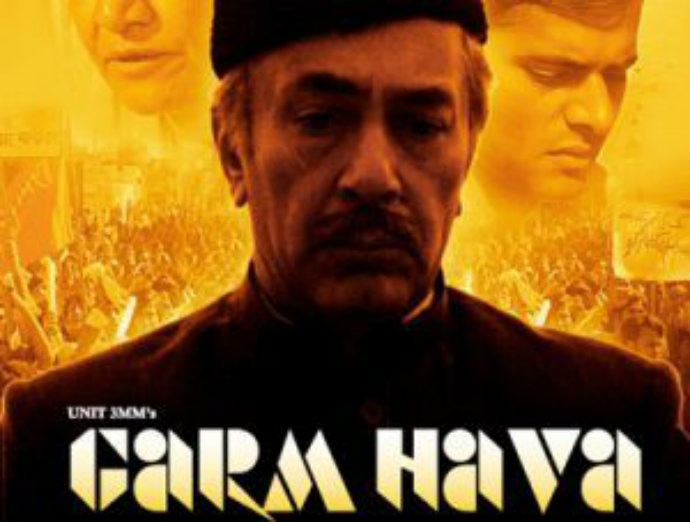 Aandhi was released in 1975, when then Prime Minister Indira Gandhi had imposed Emergency in country.

The film starring Suchitra Sen as lead protagonist had striking similarities with Indira, from the typical saris to the get-up with a silver streak and from brisk walking style to speech delivery.

Moreover, scenes depicting the heroine smoking and drinking added fuel to the fire, resulting in a ban on the movie. However, when Indira lost the elections in 1977, the ruling Janata Party lifted the ban and even premiered the movie on Doordarshan.

A satire on the politics of Indira Gandhi and her younger son Sanjay was not just banned during the Emergency in 1975, but its negatives were confiscated and destroyed at an auto plant in Gurgaon (which later became Maruti Udyog).

This political satire not only spoofed Sanjay but also people close to Indira’s coterie – like her private secretary RK Dhawan, her guru Dhirendra Brahmachari and Rukhsana Sultana, a close associate of Sanjay.

After Nahata submitted the film to the censor board for certification in 1975, it was sent to a revising committee and finally to the central government. The ministry of information & broadcasting headed by minister Vidya Charan Shukla (popularly called VC) slapped a show-cause notice to Nahata raising 51 objections.

As Emergency had been declared, all the prints including the film’s master print were confiscated from the CBFC office and burnt at the auto factory in the presence of Sanjay Gandhi and VC.

The rest is history, as a legal case ran for 11 months. The Shah Commission, established by the Janata Party government to inquire into the excesses committed during the Emergency, held Sanjay Gandhi guilty for burning the prints.

Both Sanjay and VC were sentenced to a month and two-year jail term, respectively. Sanjay Gandhi was denied bail. The verdict was later overturned. During Janata Party government rule, the public finally got to see the film in 1977.

The Tamil drama film directed by RK Selvamani had Rajiv Gandhi’s assassination and the Sri Lankan civil war as its backdrop, due to which it was held back. The film was completed in 1993 but it was not released until 2007.

The film, set against the backdrop of the 1984 Sikh genocide, is banned in the Indian states of Delhi, J&K, Haryana and Punjab.

The documentary film was banned by the censor board for being provocative and under concerns that it may trigger communal violence. It was based on the 2002 Gujarat violence. But, it was cleared after some months. The Aamir Khan and Kajol-starrer never released in Gujarat. Directed by Kunal Kohli, the film follows the journey of the two lead protagonists, one in search of love and the other on a mission to accomplish his goal.

The film faced an unofficial ban in the state due to Aamir Khan’s stand on the Narmada Bachao Andolan (NBA) which irked the Bharatiya Janata Yuva Morcha (BJYM), which threatened to ban the film unless Aamir issued an apology for his alleged anti-Gujarat remarks.

Directed by Rahul Dholakia, the film starred Sarika and Naseeruddin Shah, among others, and is said to be based on the true story of a Parsi boy named Azhar Mody. Azhar disappeared after the 2002 Gulbarg Society massacre, during the communal riots in Gujarat.

The film traces the journey of the Pithawala family while trying to locate their missing son. It is said that director Rahul was inspired by a personal tragedy that struck him during the Gujarat riots and hence the film was inspired by that. However, Parzania was banned in Gujarat by the Bajrang Dal and reportedly, they instructed theatre owners not to screen it. Not a single theatre was ready to screen the movie.

Initially banned due to its criticism of Mahatma Gandhi, it was allowed release after the anti-Gandhi speeches were muted and/or blurred.

There's no escape from the corporations that run India
Look back at the decade: It’s a tinderbox world
Use Aadhaar to check entry of non-Hindus at garbas: Hindu body
Arun Ferreira, Vernon Gonsalves file bail pleas in Pune court