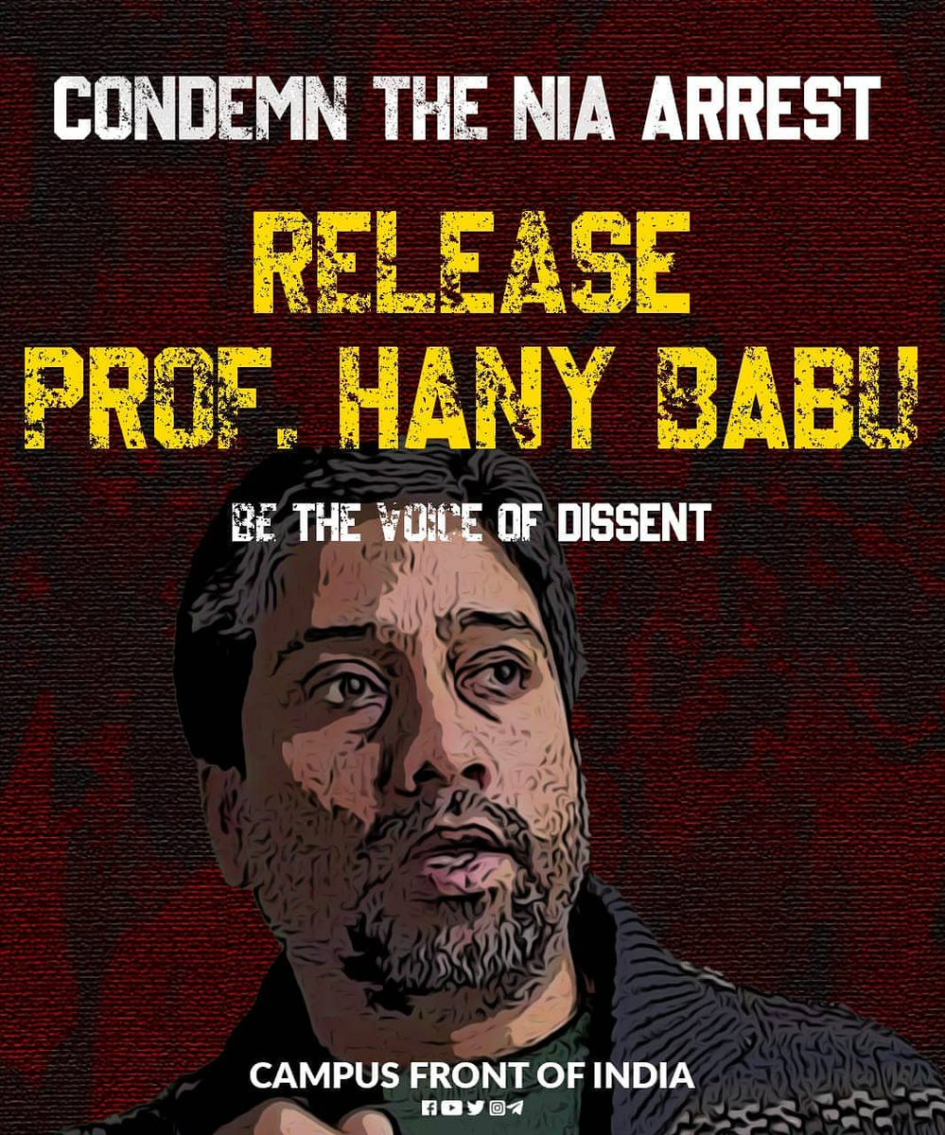 The Delhi University professor’s counsel informed the Bombay High Court that he has ‘largely recovered’ from his eye infection.

Babu was shifted to the private hospital in Mumbai in May to get treatment for an eye infection after testing positive for the coronavirus.

During Thursday’s hearing, Babu’s counsel informed a division bench of Justice SS Shinde and Justice NJ Jamadar that he has “largely recovered” from his eye ailment.

According to the doctors, the “little swelling” in the corner of an eye can be cured with antibiotics, advocate Payoshi Roy said. “We are not pressing for further reliefs and the court may call for a doctors’ report from the hospital,” she added.

The court asked the Breach Candy Hospital to submit Babu’s medical report in a sealed envelope before the next hearing on August 6.

According to Babu’s family, he started experiencing pain and swelling in the left eye on May 3, which soon developed into double vision and severe pain. By May 11, he had little or no vision in his left eye due to the swelling, which has spread to the cheek, ear and forehead, compromising other vital organs as well, they said.

The academic was arrested on July 28, 2020, from his residence in Delhi and has been incarcerated in the Taloja Central Jail.

Babu, 54, has also developed a frozen shoulder while lodged in Taloja jail. “There is no table or chair, and he reads a lot so he was reading in a bad posture,” his wife Jenny Rowena, who is also a professor at the Delhi University, told Scroll.in after Swamy’s death.

Several activists and academicians have been jailed in connection with the Bhima Koregaon case. They were accused of making inflammatory speeches at the Elgar Parishad conclave held at Shaniwar Wada in Pune on December 31, 2017, which the authorities claim triggered the violence at Bhima-Koregaon war memorial on the next day. One person was killed and several others were injured in the incident.ADVERTISEMENT

The first chargesheet was filed by the Pune Police in November 2018, which ran to over 5,000 pages. It named activists Sudhir Dhawale, Rona Wilson, Surendra Gadling, Shoma Sen, Mahesh Raut, all of whom were arrested in June 2018. The police claimed that those arrested had “active links” with the banned Communist Party of India (Maoist), and accused the activists of plotting to kill Prime Minister Narendra Modi.

The Centre transferred the case to the National Investigation Agency in January 2020 after the Bharatiya Janata Party government in Maharashtra was defeated.

Apart from Swamy and Babu, the others named in the NIA chargesheet for the January 2018 violence are former Indian Institute of Technology professor Anand Teltumbde, his brother Milind Teltumbde, Navlakha and three members of the cultural group Kabir Kala Manch. Milind Teltumbde has been named as an absconding accused and top operative of CPI (Maoist) in the chargesheet.

Who Are the Real 'Encroachers' In Mumbai ? #mustread #mustshare
Did you have a plan at all, Supreme Court asks govt about #demonetisation move
#CHALODELHI for #RohithVemula : Students from all over India to assemble in Delhi on 23rd Feb #Prote...
Bajrang Dal vandalises 'Ashram 3' sets in Bhopal, throws ink on Prakash Jha