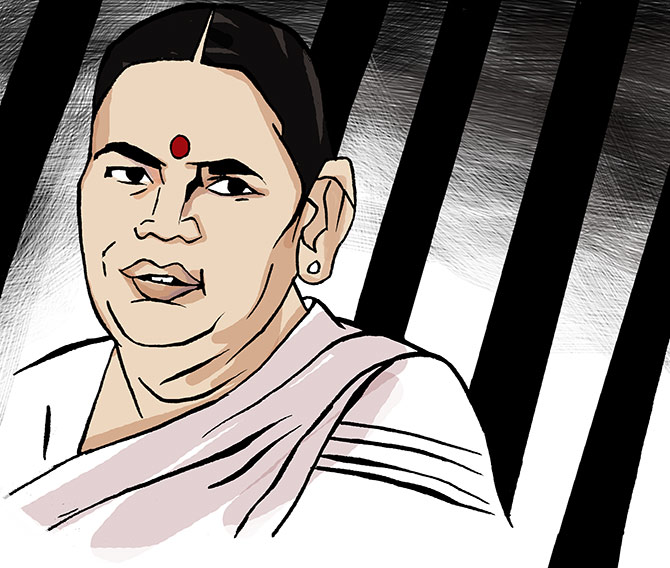 Disposing of Bhima Koregaon accused Sudha Bharadwaj’s bail plea, the Bombay High Court on Friday upheld the right of prisoners to receive medical records. A division bench of Justices KK Tated and Abhay Ahuja was hearing a plea seeking relief for the activist on health grounds.

Appearing for Bharadwaj, advocate Yug Chaudhary had earlier told the court that his client runs the risk of contracting COVID-19 as she is being kept in “extremely unsanitary conditions” despite the fact that she has a history of tuberculosis and is suffering from diabetes and a few heart ailments.

Citing Article 21 of the Constitution, the HC observed that all prisoners have the right to access their health records including information on tests and medicines administered to them. Moreover, it ruled that prisoners are entitled to make a phone call with an approved family member after any visit to the hospital. Both Additional Solicitor General Anil Singh and Additional Public Prosecutor Jayesh Yagnik did not object to this.

Informing the HC that Bharadwaj is now receiving treatment in a hospital outside the prison, her counsel decided not to press the request for bail on medical grounds.

On Thursday, the Bhima Koregaon case accused and Delhi University Associate Professor Hany Babu was shifted to the Breach Candy Hospital in Mumbai after the order of the HC. He is suffering from COVID-19 and the black fungus infection.

Violence had erupted at Koregaon-Bhima village in Pune district on January 1, 2018, where supporters had gathered to commemorate the 200th anniversary of the Battle of Bhima Koregaon. This resulted in the death of one person and leaving several injured. Subsequently, the Pune police arrested activists such as Sudha Bharadwaj, Shoma Sen, Arun Ferreira, and Vernon Gonsalves, Surendra Gadling, Sudhir Dhawale and P Varavara Rao for allegedly inciting the Bhima Koregoan violence through their speech at the Elgar Parishad meeting on December 31, 2017.

The charges filed by the police include ‘conspiracy to assassinate PM Narendra Modi’, ‘overthrow the government’, ‘waging war against the Government of India’ under the Unlawful Activities (Prevention) Act (UAPA). Also, it has been alleged that some of the arrested individuals are active members of the banned CPI (Maoists) party. In January 2020, the case was transferred to the NIA.

Statement on the murder of three young persons in Badaun and Pune
"I am living to see Asaram, a criminal in the garb of a guru punished': Girl,16,sexually abused by h...
#RIP - Sunila Abeysekera, Friend and Sri Lanka's award winning human right activist
Animal bones found in biscuit factory in Moradabad #WTFnews