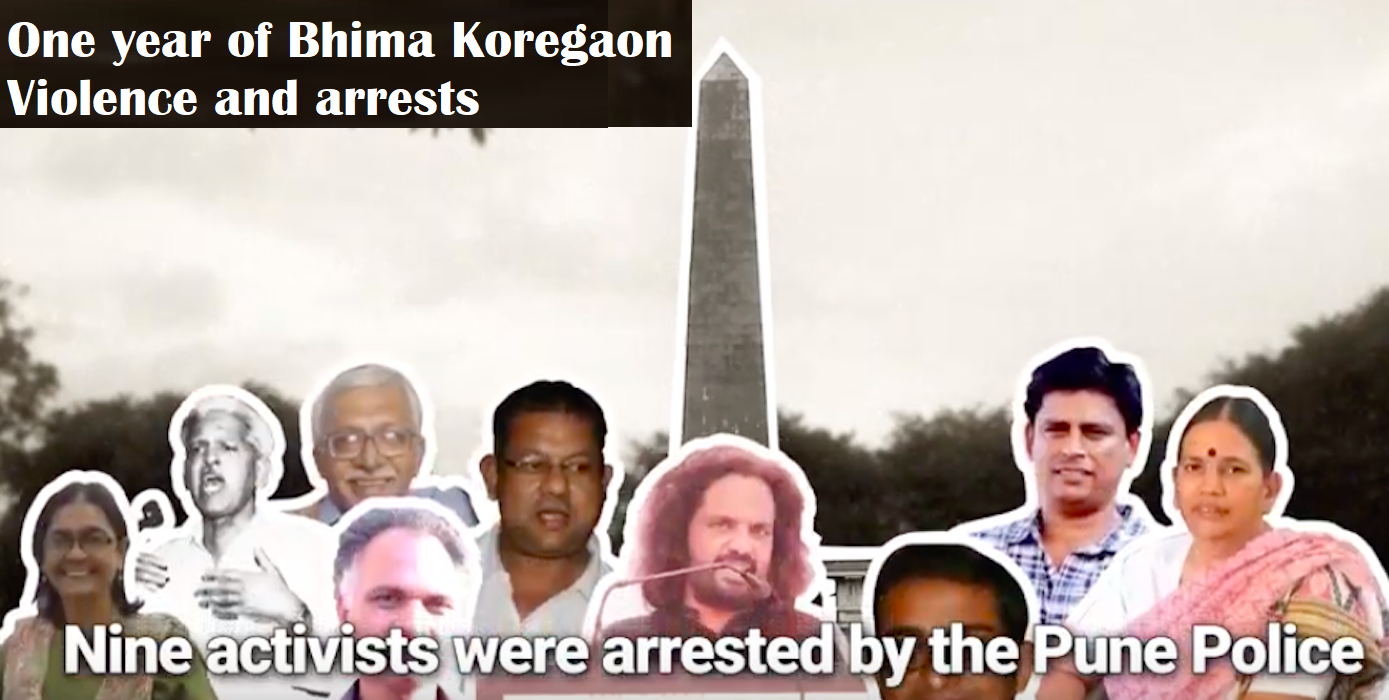 Why is the Maharashtra government sitting on the Supreme Court order? Are they waiting for people to die in prison? ask kin of activists.

In this file photo, P Varavara Rao and Sudhir Dhawale, two of the nine accused in the Bhima Koregaon violence case, are escorted by police to court for a hearing, in Mumbai. (PTI)

It had over a month since jailed activist Varavara Rao’s family had heard from him. They were anxious and desperate to know how the 80-year-old poet-activist-journalist, who has been languishing in prison for alleged links to Maoists, was doing.

On Saturday, a two-minute call from Rao came as a huge relief to his wife Hemalatha and daughter Pavana, who were alarmed over the former’s deteriorating health condition. Rao had been shifted from Pune to Taloja jail in Navi Mumbai last month after the Bhima Koregaon case was handed over to the National Investigation Agency (NIA).

As the visits to prison stand suspended in the wake of the Coronavirus outbreak, this two-minute phone call to their families is the only lifeline for thousands of inmates. On March 23, the Supreme Court ordered all states to set up high-level panels to consider releasing all convicts, who have been jailed for up to seven years on parole in view of the COVID-19 crisis.

“What could one talk in two minutes?” asks Pavana, a Hyderabad-based college lecturer.

On the call, the poet briefed his family about the hardship in jail and the rumours about the spread of corona infection there.

“He told us about the water scarcity and that there’s no scope for sanitation and social distancing. My father is also worried that since the jail is getting a lot of new inmates, the spread of the deadly virus is possible,” Pavana told Outlook. The over-crowded barracks and lack of basic hygiene exacerbate the chances of virus spread, she says.

Rao also wanted his daughter to appeal for a temporary bail in the Supreme Court for him and others in wake of the pandemic. However, Rao was clueless that a special NIA court had already rejected his bail plea on March 31 along with that of Shoma Sen, another activist and retired professor. The plea was moved by their lawyers on March 24, citing old age and ill-health of the two activists. While rejecting their plea, the court said the pandemic hasn’t changed the situation. The activists will soon approach the Maharashtra High Court for interim bail, says Pavana.

Maharashtra police arrested nine human right activists from across the country in connection with the Bhima Koregaon violence, which broke out in 2018. The police, in its chargesheet also alleges the activists were plotting to kill Prime Minister Narendra Modi. However, the activists say the police are yet to produce any conclusive evidence and there was undue delay in granting them bail.

While Rao’s family was lucky to hear from him, Shoma Sen’s daughter Koel Sen awaits the two-minute call. The Mumbai-based filmmaker says she hasn’t heard from her mother for over a month. “Jail authorities are now saying that one round of phone calls is over and I must have missed the call,” says Sen, who has been frantically contacting jail authorities for clarity on the provision.

Koel is distraught over her mother’s serious medical condition and the lack of facilities in jail. The pandemic’s spread has added to Koel’s list of worries. “My mother suffers from hypertension and severe arthritis. I’m yet to hand over her monthly medication. I couldn’t send her money order too,” she says.

The Uddhav Thackeray-led Maharashtra government, which came to power last November, has promised a fair probe into the case, igniting hope for the incarcerated activists.

Koel feels the Maharashtra government needs to follow the SC order as prisons can be a hotbed for Coronavirus, as warned by many medical experts. “Last time I spoke to my mother, she told me that they aren’t provided masks or any protective measures. She stays with 30 people in one cell and they sleep like sardines. How will they keep social distancing?” asks Sen adding that she is disappointed by the state’s apathy towards the imprisoned activists. “Thackeray government has shown support to them and now they have gone quiet,” says Sen.

Meanwhile, Rao’s brother-in-law, N Venugopal, echoes her sentiments. “Governments are being so adamant even in such difficult situations. Even the state home minister said that it’s a concocted case.”

Minal Gadling, the wife of Surendra Gadling, one of the arrested activists, has also been glued to her phone since she heard about the two-minute call provision. Finally, she received a call from Surendra Gadling three days ago and it was over by the time they exchanged pleasantries. “He wants some medicine. How will I send him medicine now?” asks Minal.

Gadling, who suffers from multiple health issues such as hypertension, heart problem, diabetics and spondylitis, shares his cell with more than 30 people. “Give them temporary bail or put them under house arrest so that they can stay safe. Who will take the responsibility if something happens to them?” asks Minal.

Though Monali Raut, sister of jailed activist Mahesh Raut, received a call from her brother four days ago, they hardly spoke for a minute. “The call got disconnected after a minute because of poor connectivity,” says Monali. Though Raut’s mother was happy to hear his voice, she regrets she couldn’t talk to him at length, “My mother hasn’t met him for long as we live in Gadchiroli,” says Monali. The wait for the next call continues for all of them.