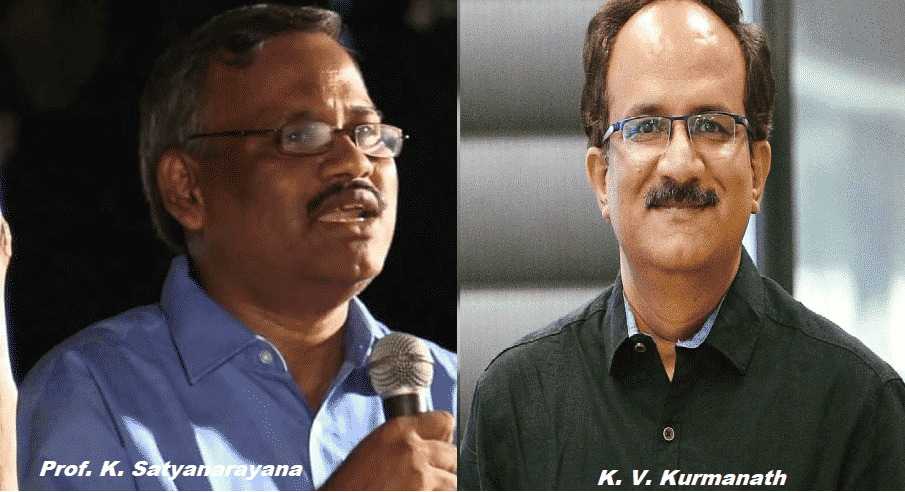 The National Investigation Agency (NIA) has summoned city-based journalist K. V. Kurmanath, the son-in-law of revolutionary poet Vara Vara Rao, for questioning with regard to the Elgaar Parishad case to Mumbai.

Kurmanath, who works The Hindu-Business Line, was issued a notice along with his co-brother-in-law Prof. K. Satyanarayana under Section 160 of the Criminal Procedure code (CrPC).

In a public statement issued on September 7, Satyanarayana stated that the recent summons have only added to his stress. Political activist and poet Varavara Rao had been arrested in August 2018, for his alleged involvement in the Elgar Parishad event that had been organised in Pune that year, and for having alleged links with the banned Communist Party of India (Maoist).

“I wish to share the distressing news that NIA, Mumbai summoned me to appear before it as a witness under section 16o Cr.PC and also u/s 91 of Cr. PC on 09.09.2020,” Satyanarayana, who is known for his extensive and focused academic work in the field of Dalit studies said in a statement.

Professor Satyanarayana denied any links to the event near Pune that allegedly triggered violence on January 1, 2018, and said that the NIA notice adds to his family distress at a time when his father in law and jailed poet Varavara Rao’s health condition is not very good and the pandemic is fast spreading in Mumbai.

“I was summoned to Mumbai in these terrible times,” Satyanarayana said.

In August 2018, the Pune police, which was earlier investigating agency in the case, had raided houses of both Kurmanath and Satyanarayana along with Rao’s house in Hyderabad. Kurmanath had remained incommunicado while his home was and personal properties were ransacked.

During the search, Satyanarayana had reportedly lost his yet-to-be published manuscripts for books and also several other important feminist writings by his wife K. Pavana. Kurmanath ce will be travelling to Mumbai by September 9, the day for which his summons has been issued.

Satyanarayana also informed that K.V. Kurmanath, a senior journalist, was also summoned to appear at the same time and date.

“As you know, my flat was raided by Pune police in August 2018 under the pretext of collecting evidence against my father in law and revolutionary poet Varavara Rao. I stated then that I was in no way connected to the Bhima Koregaon case.”

The 53-year-old professor told media that the fact of Varavara Rao being his father in law was used to raid his house and cause mental agony.

“It is a fact that I am related to Varavara Rao but I reiterate that I have no connection with the Bhima Koregaon case,” he added.

Vara Vara Rao was recently in the news after he was found to be infected with coronavirus (COVID-19), after which he was shifted to a private hospital for treatment. He was found in a bad state due to alleged neglect by hospital authorities. So far, the NIA has arrested 12 persons, which include nine by the Pune police earlier and the remaining three by the NIA which took over the investigations in January this year.

The first round of arrests had begun in June 2018, with the Pune police arresting Sudhir Dhawale, a Mumbai-based Dalit rights activist, Surendra Gadling, an expert on the UAPA law and lawyer, Mahesh Raut, a young activist from Gadchiroli, Shoma Sen, head of the English literature department at Nagpur University, and Rona Wilson, a Delhi-based prisoners’ rights activist.

In the second round of arrests in August 2018, advocate Arun Ferreira, advocate Sudha Bharadwaj, writer Varavara Rao and Vernon Gonsalves were arrested. The NIA has also arrested well-known academic Anand Teltumbde and activist Gautam Navlakha in April as well this year. Lastly, Hany Babu, another academic, was arrested in July.

Essentially, the police first claimed that those arrested are allegedly linked with the banned CPI (Maoist) and had helped organise the ‘Elgar Parishad’ in December 2017, under the banner of the ‘Bhima Koregaon Shaurya Din Prerana Abhiyan’ in Pune. It was alleged the gathering in Pune’s Shaniwarwada area, had incited Dalit youth across Maharashtra against the ruling-Bharatiya Janata Party and the Rashtriya Swayamsevak Sangh’, leading to violence across the state.

It is the police’s claim (and now the NIA), it said that the speeches given at the Elgar Parishad gathering were allegedly inflammatory, and resulted in violence. In July, Vara Vara Rao’s family claimed that his health had deteriorated while he was being treated at Navi Mumbai’s JJ Hospital, due to negligence. He was later transferred to the St. George Hospital.

The arrested activists have been booked under the stringent Unlawful Activities (Prevention) Act (UAPA), and are accused of plotting the assassination of Prime Minister Narendra Modi, apart from the allegation of having links with the CPI (Maoist). These charges that have been stoutly denied by all of them, and critics say that the charges against them are nothing but politically motivated, and being used to target them for speaking up for the downtrodden.