By VAIHAYASI PANDE DANIELAugust 12, 2020 09:07 ‘They (the government) want to tame everything.’
‘The entire systems they are trying to change.’

The ailing writer-activist, who has been imprisoned for the past 750 odd days for his alleged role in the January 1, 2018 Bhima Koregaon violence following the Elgaar Parishad anniversary celebrations, contracted COVID-19 in Taloja jail, located in a satellite township north of Mumbai.

Given Prpfessor Rao’s age and his condition, he was first transferred to the Sir Jamsetjee Jeejebhoy Hospital (J J Hospital), south Mumbai, on the intervention of the National Human Rights Commission and when the state of his health worsened to the Dr Balabhai Nanavati Hospital, Santacruz, north west Mumbai.

An appeal against the special court’s rejection of his interim bail came up on July 20 before Justices S S Shinde and S P Tavade of the Bombay high court.

Professor Rao’s case — he faces charges under the Unlawful Activities Prevention Act for his alleged connections with Naxalite alleged to be behind the violence — had been transferred to the National Investigation Agency in January from the Pune police.SponsoredMore from around the web

The poet, who has been jailed multiple times in his life, is well known for his passionate anti-establishment writing, a body of literary work written while incarcerated and for lines like this: This is jail for the voice and the feet/But the hand hasn’t stopped writing/The heart hasn’t stopped throbbing.

The NIA declared earlier that Rao’s bail request was a ruse and he was ‘trying to take undue benefit under the garb of the current situation on account of global pandemic and his old age.’

Pasbola, one of Mumbai’s busiest lawyers with an impressive courtroom track record, argued in court that Rao was ‘almost on his deathbed’ and even the NIA could not disagree with the fact that he was critical.

‘His condition is very serious. He hit his head against the hospital bed while he was at the J J hospital and sustained severe injuries. Besides COVID-19, he suffers from several ailments, he is hallucinating and is delirious,’ Pasbola told the court.

‘His days are numbered and if he is to die, at least let him die in the presence of his family members,’ Pasbola pleaded on behalf of Professor Rao’s wife P Hemalatha and daughters Sahaja, Anala and Pavana, while seeking bail for his client.

Pasbola spoke to Rediff.com‘s Vaihayasi Pande Daniel about Professor Rao’s case and why bail is no longer being granted by courts for certain types of accused.

How is Mr Varavara Rao?

About Mr Rao, I don’t know.

I am told he is okay, but the only news I have is (from) when the family spoke with him — the doctors are not sharing the medical conditions with them.

But when they spoke to Mr Varavara Rao, on video conference, he was not answering the (their) questions. He was just saying ‘Ha’.

So he was disoriented, totally disoriented. That’s all we know at the moment.

The rest I would know only when the (medical) report is opened in the court.

Why did you decide to take up the case of someone like Mr Varavara Rao? Do you believe in the essential innocence of all his activist endeavours?

I believe everybody to be innocent.

I don’t judge anybody that way. Anybody comes with a matter I take it. I don’t make judgements.

After 35 years only bad cases come to you! Whatever cases that come I take them. Not whether he is guilty or not guilty — I don’t judge.

Why did you take his case?

I took the case because it came to me through some advocate. I said, ‘Alright’.

In your view, why is the NIA so adamant about opposing his bail?

I am really surprised.

This is no case, first of all. There is nothing in this. Absolutely nothing.

They wanted to book these people who are against the the present government.

So, they have created this (case) — they don’t have anything.

There’s nothing in this case.

Absolutely nothing in the case except showing that they are somewhere connected with the CPI-ML (Communist Party of India-Marxist-Leninist).

Nothing. Nothing has been done.

But beyond that, that they were actively involved in the activities of the CPI-ML, there is no evidence.

There is no evidence that these persons are concerned with any attack or propagating or supporting any attack by the CPI-ML or the Maoists. Nothing of that sort.

Unfortunately, the government is of the Right. These people are of the Left. They wanted to book them. This is part and parcel and this will happen. When they come to power, they are going to book them.

IMAGE: Professor Varavara Rao after he was produced in a Pune court in connection with the Bhima Koregaon case.

I know that he has spent long periods in jail before. But do you think that he is now being penalised more than ever before in his life?

I don’t know about his previous cases.

I will tell you as far as this case (goes), for each and every one (who was arrested), the prosecution (of them) is only by way of vendetta.

They are just being judged so that they are kept inside, because they are the supporters of the Maoists. That’s all.

For their politics, or their ideologies or whatever their (positions) are, they are being punished. Because of the government of today.

This is a more legal question. It’s about the concept of bail. Whether it was Sudha Bhardwaj, Professor G N Saibaba…

It was generally believed that bail is a given. Will the judiciary change its stand and give bail to these people?

I don’t think that is going to happen.

Although as far as Mr Varavara Rao is concerned, and some other people (who were arrested with him for the Bhima Koregaon violence) their arrest is widely condemned all across the globe.

Literary figures, philosophers and ideologues and politicians have pleaded with the Government of India, for not only Mr Varavara Rao, but also for others.

But I don’t think the government is going to give in.

At the moment they are going to suffer.

So, you are saying that there is a change in the attitude to only these kinds of people.

The state government (Maharashtra government) wanted to release them, but they delayed it.

And they saw to it… it was also the police and the IPS officers lobby (in Maharashtra) who saw to it that the chief minister (Uddhav Thackeray) dilly-dallied.

At the same time, they (the police) were seeing to it that the NIA took the case.

The only way they could thwart the release of these persons was if the central government takes the case on.

So, the IPS lobby in the state of Maharashtra saw to it that the chief minister does not take a decision, though Mr Sharad Pawar and others had openly prayed or requested for the release of these persons.

At that time, they could have been released.

Then, unfortunately, the chief minister took time for the decision, as he does always, and in the meantime the central government had the time to take over the matter.

That is now sub-judice. We have challenged that order of the government of taking over the case under NIA.

Let us see what happens. 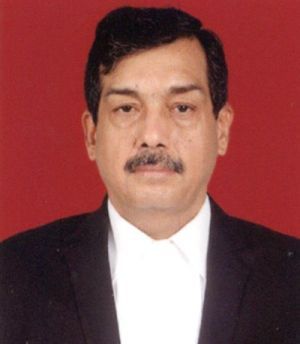 The present-day government, they want to change the entire system.

They have worked (towards it). They have tamed everybody.

So, they (the government) want to tame everything. The entire systems they are trying to change.

So as far as you are concerned, that is a sad situation, isn’t it?

Sad, till the time the government of the day is there.

#Bangalore- Kathalaya’s three day course on storytelling- Nov 27- Nov 29
I sacrificed my health and teenage years to study at the IITs – but was it worth it?
#India - Woman judge raped in Aligarh , UP #Vaw #WTFnews
#India – Are we being made Guinea pigs ? #UID #Aadhaar