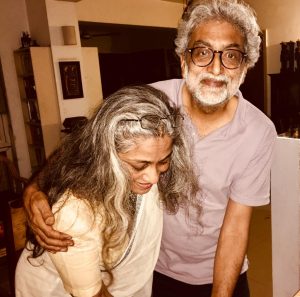 On March 16, the apex court had dismissed his anticipatory bail and had granted three weeks time to surrender.

NEW DELHI: The Delhi High Court on Friday sought the NIA’s response on a plea filed by civil rights activist Gautam Navlakha seeking interim bail in the Bhima- Koregaon violence case on the ground that due to his advanced age, he is vulnerable of catching the coronavirus in prison. 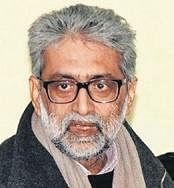 Justice Anup J Bhambhani, who conducted the hearing through video conferencing, issued notice to the NIA on the plea and asked the agency to file its response and listed the matter for fu  rther hearing on May 27. Navlakha had surrendered before the National Investigation Agency on April 14 in pursuance to the Supreme Court’s direction. He is presently lodged in Tihar jail.

Solicitor General Tushar Mehta, representing the NIA, opposed the plea saying the grounds in the interim bail were rejected by the SC when Navlakh had sought extension of his protection from arrest on grounds of the ongoing pandemic. Navlakha, 67, said he is lodged in Tihar jail during a period where the entire nation is gripped with the threat of contracting the highly contagious and deadly COVID-19 virus.

“The applicant is a senior citizen suffering from Colonic Polyposis, Chronic Gastritis and lactose intolerance, which can be controlled only through timely and regular medication and a very controlled diet. Furthermore, while he was in NIA’s custody during interrogation, he was diagnosed by high blood pressure by the doctor at Safdarjung Hospital, which condition all the more increases the risk of his morbidity,” it said.

Arrest due to ‘inflammatory speech’

In August 2018, Gautam Navlakha was arrested by the Pune Police from his Delhi residence following the violence at Koregaon Bhima village in Pune district on January 1, 2018. The transit remand order was, however, set aside by the Delhi High Court. Earlier this year, investigation in the case was transferred from Maharashtra Police to the NIA