Of Rs. 272.5 crore allocated by the Ministry of Chemical and Fertilisers for economic rehabilitation of the gas-hit, Minister Vishwas Sarang diverted Rs. 85.87 crore to fuel different government schemes and build parks, roads and drains.
Kashif Kakvi 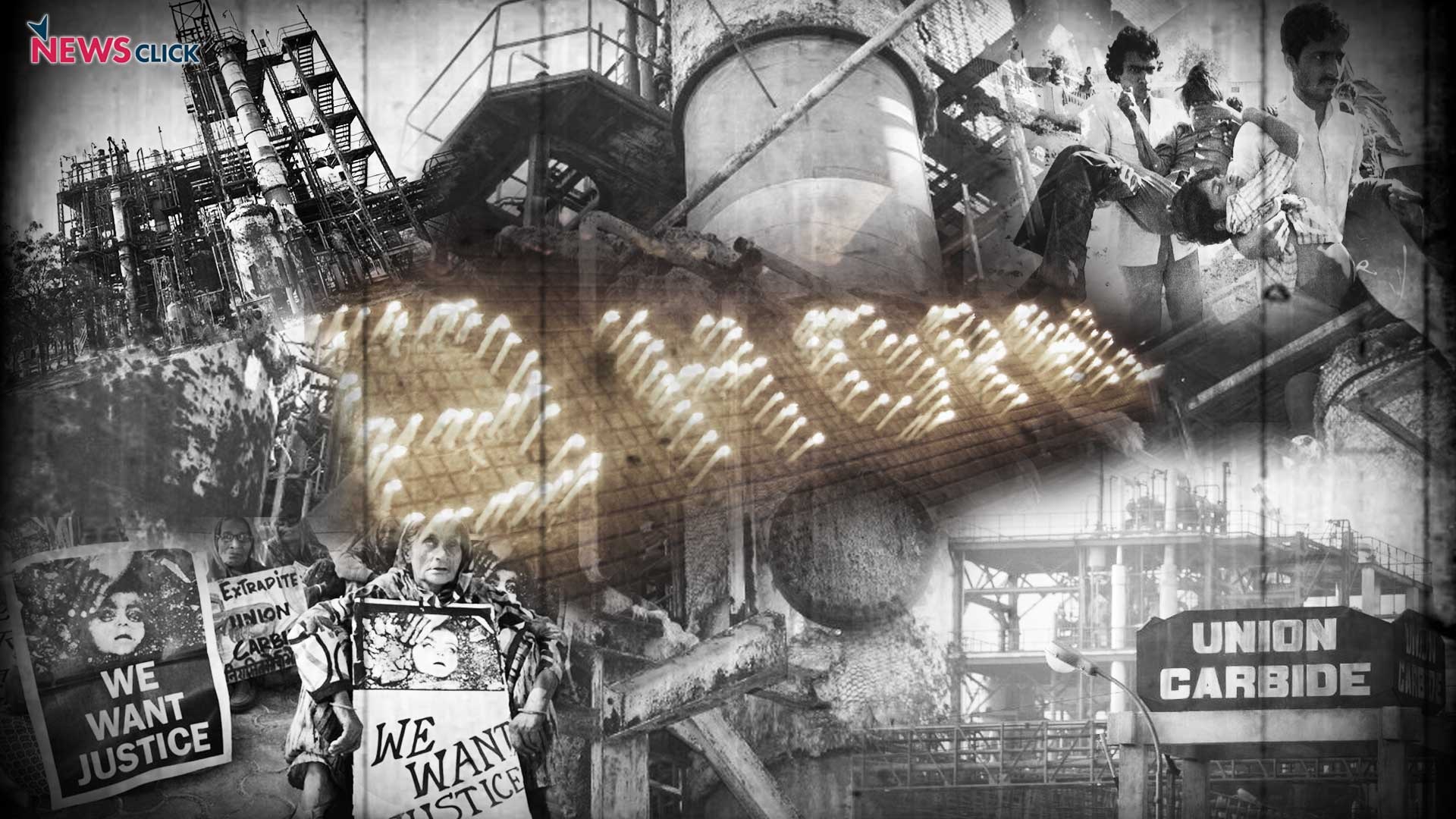 Bhopal: The Bhopal Gas Tragedy Relief and Rehabilitation Minister Vishwas Sarang misused 60 per cent of the funds allocated by the Government of India for the economical rehabilitation and construction of 2,500 homes of the gas victims living in the vicinity of the Union Carbide Factory, revealed an RTI (Right to Information) petition.

The RTI revealed that an amount of Rs. 272.75 crore was allocated by the Ministry of Chemical and Fertilisers (Government of India) [MCF] in 2010 for the gas victims, but even after seven years, the state government only used Rs. 129.50 crore and diverted Rs. 85.87 crore from the rest Rs. 143.25 crore to fuel different state government schemes.

“When the victims are leading a miserable life even after three decades of the incident and dying due to the lack of medical assistance every day, forced into unemployment and drinking toxic water, the Gas Rehabilitation minister is diverting funds to build roads, drains and parks in its own constituency,” alleged Rachna Dhingra convener of Bhopal Group for Information and Action while speaking with NewsClick.

The RTI filed by Rachna Dhingra to the Department of Bhopal Gas Tragedy Relief and Rehabilitation (BGTRR) revealed that the Ministry of Chemical and Fertilisers (MCF) had sketched a new action plan for the Rehabilitation of Bhopal Gas victims and approved Rs. 272.75 crore in 2010.

Of the total amount, the department had approved Rs. 104 crore for economical rehabilitation of the 1,00,000 gas-hit or their children, allocating Rs. 1 lakh loan to each to start a business, and Rs. 2 crore for HR (Human Resources) cell and an equivalent amount for a marketing cell. In addition, Rs. 40 crore were allocated for the construction of 2,500 houses for the families living in the vicinity of the Union Carbide factory.

Besides, Rs. 50 crore were allocated for clean drinking water to the gas-hit colonies after the reporting of ground water contamination by several central government agencies in the vicinity of the factory. Also, Rs. 33.55 crore were allocated for medical and Rs. 85.20 crore for social rehabilitation. However, the BGTRR only spent onlu Rs. 129.50 crore in the last seven years and pressurised the MCF to divert the fund to fuel state government schemes, the RTI said.

According to the documents received from the BGTRR, on May 2017, Council of ministers and Government of Madhya Pradesh approved the proposal of transfer of Rs. 85.87 crore proposed by the BGTRR ministry and sent the same to the MCF for their approval.

Initially however, the MCF denied the diverting of the funds stating that the proposal of Madhya Pradesh government is different from what was approved by the cabinet.

But after the letter of BGTRR minister Vishwas Sarang to the secretary of MCF and other officials of Government of India, accusing the ministry of blocking diversion of funds from the original schemes, the MCF finally agreed to divert the funds meant for the rehabilitation of gas-hit survivors to other purposes on March 23, 2018.

Following this approval, the diverted funds of Rs. 85.87 crore were used for the construction of roads, drains and beautification of parks. However, those funds were highly misused according to a letter written by the MCF to the Principal Secretary of BGTRR department showing concern over the use of funds.

The letter said, ‘The roads, parks and drains which have been constructed at ward nos. 36, 37, 69, 70, 71, 75, 76 and 79 are either non-gas affected wards or they don’t exist, so, please clarify the expense of the funds and update.’ However, the letter remained unanswered.

During the press meet, they accused Minister Vishwas Sarang of misusing funds meant for economic and social rehabilitation of the survivors. The organisations presented documents of their claims obtained through RTI from the BGTRR

Speaking during the press meet, president of the Bhopal Gas Peedit Mahila Stationery Karmchari Sangh, Rashida Bee alleged, “In 2010, Rs. 104 crore was allocated to provide jobs to 1 lakh Bhopal survivors and their children. After failing to provide employment to even one survivor in the last 8 years, the minister (Vishwas Sarang) is now spending more than Rs. 60 crore of the money to construct roads, drains and parks in his own constituency.”

Alleging rampant corruption in the disbursement of even the Rs. 129.50 by the BGTRR department to the gas-hit, President of the Bhopal Gas Peedit Mahila Purush Sangharsh Morcha, Nawab Khan said, “Except giving pension of Rs. 1000 to 5,000 to gas-hit widows, not a room has been constructed out of the proposed 2,500 homes for the gas-hit families. No training has been given to gas-hit victims or their children. No loan has been given to anyone. The minister misused gas-hit funds to benefit their close aid companies and also forged the data.”

Expressing concern about the complicity of the central government in the misutilisation and misappropriation of funds meant for the gas-hit, Rachna Dhingra said, “In 2014, we sent hard evidence of misappropriation of Rs. 18 crore meant for the economic rehabilitation of survivors to the Central Bureau of Investigation and to the MCF which had approved the funds. But no action has been taken against the known culprits till date.”

Minister Vishwas Sarang could not be reached for comments despite several attempts by Newsclick.