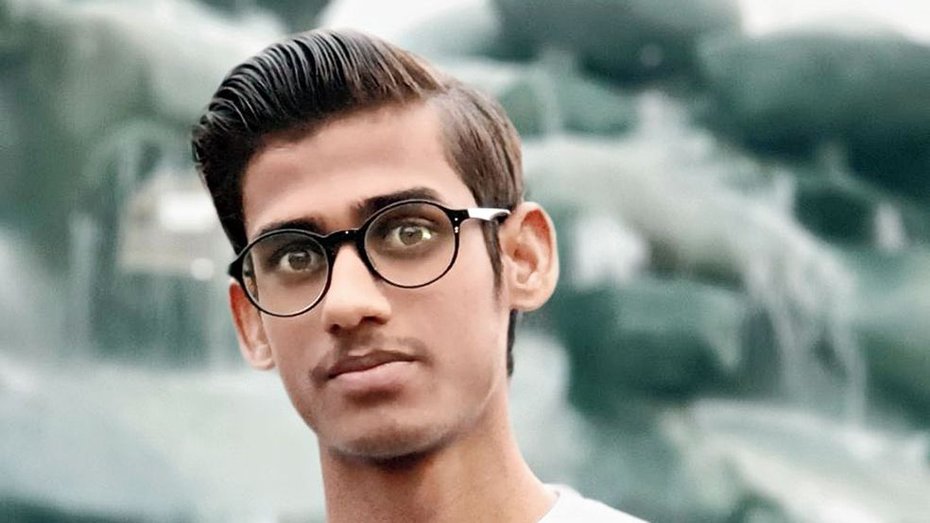 His head was smashed; his chest and stomach bore stab woundsBy Dev Raj in Patna

Sohail Ahmad bowed his head to hide his tears. “They would not honour even the national flag. My son was running with it, yet they killed him,” he said.

His son Amir Hanjla, 18, was participating in a protest against the citizenship amendment in Phulwarisharif on Patna’s outskirts on December 21 when bricks began flying between the demonstrators and supporters of the new act.

Amir, in jeans and red sweatshirt, Tricolour aloft in hand, appeared to have had run for his life. His dash took him through the lanes of Sangat Mohalla, home to a branch of the RSS-affiliated Saraswati Shishu Vidya Mandir and a known hub of the Hindu Right. That was the last anyone saw of him.

His body was fished out of the shallows on the waterlogged compound of the Phulwarisharif block headquarters 10 days later, on New Year’s Eve. His head was smashed; his chest and stomach bore stab wounds.

“What sort of people will kill a boy holding the Tricolour?” Sohail said. “You can see pictures and videos of that day’s protest. He was proudly waving the national flag. Everybody knows he was killed by the RSS and Bajrang Dal people who live in that area.”

Rajesh Kumar Pandey, Patna-based prant prachar pramukh of the RSS, said: “It’s their job to make allegations. If a crime has happened, it should be probed. The police must be doing their job right now.”

Pandey added: “If they are alleging our involvement, they must name the people (killers). The RSS and the Bajrang Dal have never been involved in any violent activity.”

Amir, fourth among seven siblings, had passed his Class X boards and worked at a bag-making unit. He had left for work on December 21 but found his unit closed in response to the state-wide strike called by the Opposition Rashtriya Janata Dal, Congress and allied parties. So he decided to join the protests.

A Janata Dal United-BJP government, led by Nitish Kumar, is in power in Bihar.

“I had called him at a quarter to noon to check his whereabouts. He said he was at the protest but would return soon. I called again at 2pm. His mobile was switched off. I thought he must have gone back to the bag unit,” Amir’s elder brother Muhammad Sahil told The Telegraph.

By 8pm, the family was nervous. Stories of rioting, stone-throwing and firing were floating around. So they went to Phulwarisharif police station.

“The police asked us to check with AIIMS Patna and Patna Medical College and Hospital, where many of the injured had been admitted. We went to both hospitals as well as smaller hospitals and clinics. But my brother was not anywhere,” Sahil said.

When the family returned to the police station late at night, the police refused to register an FIR on the pretext that their seniors were not present. It was only the next day that a case was registered. The police promised that teams would be sent out to search for Amir.

For nine days, the teen’s family searched for him, carrying his photographs and visiting areas from where violence had been reported.

“People would tell us he must have been killed at Sangat Mohalla. We told the police but they ignored us. Those were days of agony: we could not eat or sleep, we just thought about Amir,” Sahil said.

Adding to the family’s pain, a police officer told journalists that Amir was mentally unstable and had run away from home.

Amir’s father said an officer contacted the family around 11pm on December 30 and said a man arrested for violence had mentioned throwing a body into a shallow pond. He summoned them to the site. They found the area swarming with policemen and labourers, trying to find the body.

“A decomposed body was found around 6am on December 31. We identified it as Amir’s by his clothes and wristwatch,” Sohail said.

“Some people asked us to demonstrate on the roads with the body. Thousands were ready to join the protest. But we thought it would create further tension and divisions in society and decided not to.”

The police say they are investigating the murder. Asked about the delay in finding the body, they claimed to have been looking for the boy without any break.

“Several arrests have been made. Please meet the Phulwarisharif station house officer for details,” the deputy superintendent of police in charge of the area said.

Phulwarisharif SHO Muhammad Shafiq-ur-Rehman said that 10 to 12 people were involved in killing Amir and six of them had been arrested so far.

“Deepak Kumar and Chaintu had been arrested on December 30. They confessed to killing Amir while he was crossing the northern lane of the Sangat Mohalla,” he said.

“They said they had taken his body on a cycle cart to the block headquarters and thrown it into a waterlogged area with tall grass.”

Local people, however, said the police had deliberately delayed the search for the body till the communal tensions abated.

“There was heavy police presence in the area when the body was fished out. All the shops had closed out of fear,” said Sanjeev Kumar, a local shopkeeper.

“We salute Amir’s family for not demonstrating with the body or calling for revenge. They are the most law-abiding people. Our entire society should be ashamed that they had to face this agony.”

Venkatesh Raman, an engineer who lives in the neighbourhood, alleged the violence at the protest had been pre-planned and that the police did nothing to prevent it.

“Around 10,000 protesters, who included a large number of Muslims, held a march. Everybody knew the march would be forcibly stopped at Sangat Mohalla, a hub of RSS and Bajrang Dal supporters,” he said.

“There was clearly a plan to incite communal violence, but just a handful of policemen were present. Large reinforcements did come eventually — hours after the violence.”

Many others in Phulwarisharif confirmed Raman’s allegation and version of the events.

“There were hardly 100 supporters of the citizenship amendment at Sangat, but they had stockpiles of bricks and stones and several firearms too,” a resident said on the condition of anonymity.

“That they succeeded in stopping a march by 10,000 shows that preparations had been made in advance.”

A small temple was attacked during the violence —it’s unclear who did it — which aggravated matters.

When this newspaper questioned officers about the police’s failure to prevent the violence, the refrain among them was: “You know how everything happened. Please don’t drag our names into this.”

The post-mortem has found about a dozen stab wounds in Amir’s chest and abdomen, and revealed that hits with blunt objects had liquefied his brain.

His Tricolour has not been found.