BJP’s Tarun Vijay – If Indians were racist, why would we live with black people in the South #Racist 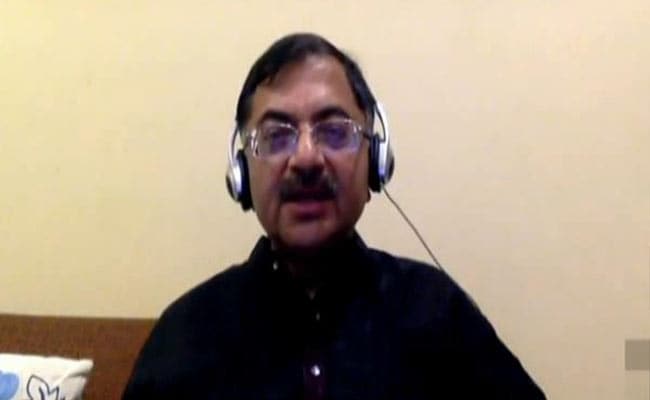 He clarified that what he meant to say when he appeared on TV channel Al Jazeera, was that, “In may (sic) parts of the nation we have different people, in colour and never ever we had any discrimination against them.”

“I meant, we worship Krishna, which literally means black. and we have never had any racism.,” the politician tweeted.

Mr Vijay was participating in a TV debate on racism in India in the context of last week’s attacks on Nigerians in Delhi suburb Greater Noida when he said, “If we were racist, why would we have the entire south (India)… which is you know, completely Tamil, you know Kerala, you know Karnataka and Andhra. Why do we live with them …We have blacks, black people around us. You are denying your own nation, you are denying your ancestry, you are denying your culture.”

He tweeted an apology saying, “My words perhaps were not enough to convey this. Feel bad, really feel sorry, my apologies to those who feel I said different than what I meant.”
“He could have worded it differently,” said BJP spokesperson Shaina NC.

In attacks last week that were caught on camera, four Nigerians were assaulted by a large group of people who were protesting against the death of a schoolboy of a suspected drug overdose and a Nigerian student was beaten inside a mall by a mob. The Greater Noida residents alleged that African students who live in the area supplied the teen with drugs.

India reacted sharply as a group of 44 African envoys described the attacks as “xenophobic and racial” and accused the government of taking no “known, sufficient and visible” deterrent action.

In parliament Foreign Minister Sushma Swaraj said that the attacks were “criminal acts” and cannot be called racial. “Before the inquiry is completed, please don’t say it is driven by racial discrimination,” she said, while speaking in the Lok Sabha, where some opposition leaders demanded to know the government’s response to allegations of “racial attacks” on Africans in Greater Noida.http://www.ndtv.com/india-news/bjps-tarun-vijay-shocks-with-racist-comment-apologises-1678566