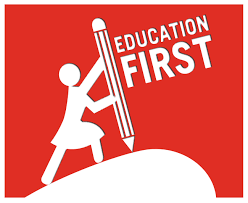 Today it is the Brihanmumbai Municipal Corporation’s decision to privatise its schools, tomorrow it may be the resolution of all the other municipalities of the country.

I am grateful to Simantini Dhuru and Prachi Salve for sharing data which they obtained under the Right to Information Act, as also the Mumbai Shikshan Kampanikaran Virodhi Abhiyan, which is fi ghting against the Brihanmumbai Municipal Corporation’s decision to privatise its schools.

Neo-liberal policies have not delivered on any of their promises. Indeed, they have aggravated India’s age-old problems of inequality, unemployment, caste and communalism, to name a few. Yet, the ruling classes hold them up as a proven panacea. A key neo-liberal policy thrust is the release of services, traditionally provided by the state, to private capital. The state, in turn, uses its might against those who feel the heat of this transformation. The public utilities and infrastructure are now largely in private hands, and the state has turned its attention to education, the most critical instrument in the social transformation of any society. The process has been underway in higher education and now the rulers have begun to deva­state school education, particularly for the downtrodden strata. A decision taken at the beginning of this year by the Brihanmumbai Municipal Corporation (BMC) to hand over its schools to private parties, this within the framework of the much-flaunted public-private partnership (PPP) model, is a case in point.

BMC, the richest municipal corporation in India, provides free education to nearly 4,00,000 children enrolled in around 1,174 schools with 11,500 teachers imparting education in eight mediums. Besides, BMC runs 18 schools for the mentally challenged and 55 Mumbai Public Schools offering education in English medium. The BMC spends around 8% to 9% of its income on education; its planned spend this year is Rs 2,342 crore, 65% more than the previous year. Its expense per student at Rs 36,750 for its schools is among the highest in the country. The number of students attending BMC schools has been falling over the years. It fell from 4,20,440 in 2007-08 to 3,85,657 in 2011-12. It is the poorest of the very poor who send their children to BMC schools. Even the
so-called class IV employees, for example, sweepers and helpers working in BMC schools, do not send their children to these schools. Mumbai, the so-called “Urbs Prima of India”, the first city of India, accounting for more than 33% of the nation’s tax collection and the highest per capita income of Rs 65,361 in the country, more than twice the country’s average of Rs 29,382, has more than four million people earning less than Rs 20 a day. It is these people mainly belonging to the scheduled castes and scheduled tribes (SCs/STs), Other Backward Classes, Muslims and Christians who send their children to BMC schools.

On 23 January this year, the BMC, without consulting the parents of these children or the teachers in these schools, the major stakeholders, decided to auction its schools to private bidders under the euphemism of PPP, admittedly based on studies by the World Bank and Depart­ment for International Development (DFID). This is the first time in the country that a constitutional entity has decided to renounce its constitutional obligation and hand over its schools to private parties. Nonetheless, it had a nice sounding objective of giving an opportunity to poor children to get higher quality education with the support of organisations that had a record of “excellent work” in the educational field, charitable trusts and private companies.

The schools are to be auctioned to well-established corporate houses that would enter into memoranda of understanding (MoUs) with entities that have been recognised for their work in the “technical or educational field”. The process would be managed under the existing MoU bet­ween the United Nations Children’s Fund (UNICEF) and BMC for conducting the “School Enhancement Programme” (initiated by UNICEF and McKinsey & Company since 2009, and having non-governmental organisations (NGOs) such as Akanksha, Aseema and Nandi Foundation on board). Neither the BMC provided any reasons for its failure to impart quality education nor did it provide any justification for its assumption that the private partner, with dubious credentials, will accomplish what it could not despite being experienced for more than 125 years. It has not even taken contrary evidence available through its own experience of the running of one of its schools by an NGO into account. For instance, a school run by Akanksha, important enough to be on the Board of the School Enhancement Programme, in the Cotton Green area of Mumbai, was found to have only one qualified teacher to teach the classes from one to eight. It basically drew its teachers from its Teach India Project, under which employees of companies took a sabbatical of a kind to teach in schools.

The PPP as a concept is not new but as a model serving the object of privatisation without public resistance it is to be attri­buted to the genius of neo-liberals. It only requires the state to rehearse its concern for the development of the down­trodden and plead lack of resources and failure to attain productive efficiency. The main selling proposition beyond the paucity
of resources is that the private sector
is intrinsically efficient. PPP has been pop­ular with rulers all over the world as it facilitates the transfer of huge public resources to private hands with contractual sieves that leak significant benefits to them. PPP has become a default vehicle for most infrastructural projects in recent years. In India, the PPP first appeared in the election manifesto of the Bharatiya Janata Party (BJP)/National Democratic Alliance (NDA) in 1999. The NDA government had formed a committee in the office of Prime Minister Atal Bihari ­Vajpayee to apply the PPP model in various fields. Later, this committee was transfer­red to the Planning Commission. In 2004, when the Congress-led United Progressive Alliance (UPA) came to power, the same committee continued to function and submitted its report to Prime Minister Manmohan Singh. In September 2007, Manmohan Singh, while presiding over a meeting of the Planning Com­mission, declared that initiatives at all levels of education shall be through PPP. Since then, in the Eleventh and Twelfth Five-Year Plans, there has been a rush of corporate houses, NGOs and religious organisations to grab public assets in the educational system.

The charity of the state in favour of private players includes grant of lands either free or at hugely subsidised rates, grants for building infrastructure, subsidised provision of electricity, water and bus service, exemption in income tax, payments of fees of students belonging to the SC/ST category, huge opportunities for outsourcing, etc. There is no evidence yet of any expertise being marshalled by the private players to whom huge public assets are devolved. The value of the BMC’s 11,500 schools, for instance, could easily run into thousands of crores of rupees.

Private education has been around in the country for years but whatever islands of quality education that exist have all been in the public sector. The overwhelming presence of private institutions could not produce a single institution to match the Indian Institutes of Technology, the Indian Institutes of Management, the All India Institute of Medical Sciences, the Jawaharlal Nehru University or the University of Delhi. In the neo-liberal din, it is not even admitted that until the early 1970s, quality education was associated with only government institutions. It is only with the advent of increasing competition in politics that the academic autonomy of the schools was breached and they became subservient to the political bosses. These very BMC schools were famed for quality education and have produced scores of illustrious people. J B G Tilak of the National University of Educational Planning and Administration, New Delhi, after analysing the plan for setting up 2,500 model schools in the PPP mode under the Eleventh Plan, has rightly concluded that notwithstanding the claim that PPP is not privatisation and the promotion of the profit motive, the plan will surely promote the opposite – privatisation and a high degree of commercialisation, albeit with a difference, namely, with the utilisation of public funds (The Hindu, 24 May 2010).

The neo-liberal juggernaut has reduced what were once public services into trad­able commodities. It sees education as a tradable service to transform raw youth into wage labour as a feedstock for its ­capitalist machine. But pedagogy is too hallowed to be treated as such. Universally, education is regarded as an instrument of social change. Our founding fathers saw education as an equaliser and sought to include it among the fundamental rights in the Constitution. Unfortunately they could not do so and education remained confined to the area of Directive Principles (not legally binding on the state). Nonetheless, they had stipulated a time limit of 10 years to accomplish education for all children up to the age of 14. Our rulers however disregarded it until they were shaken up by the Supreme Court judgment in the Unnikrishnan case in 1993 treating education as a part of the fundamental right to life vide Article 21. But the so-called right to education they passed in 2009 is only trickery; it violates the spirit of the Constitution by excluding the most vulnerable children between 0 and 6 years and legitimises the multi­layered educational system. Rather, in view of the alarming degree of malnutrition of pregnant women, the state should be obligated to provide healthcare so that no child is born with an inborn handicap.

The first Education Commission (1964-66), the Kothari Commission, had obser­ved that realisation of the country’s aspirations involves changes in the knowledge, skills, interests and values of the people as a whole. This is basic to every programme of social and economic betterment of which India stands in need. It made a profound observation: “If this change on a grand scale is to be achieved without violent revolution (and even then it would still be necessary), there is one instrument, and one instrument only that can be used, Education.” It envisaged free and compulsory education through a common neighbourhood school system for all children following in the spirit of the Constitution. Even if this simple dictum had been heeded by the rulers, many of India’s evils would have been overcome. I will argue that if the state had ensured that no child is born with the handicap of malnutrition and every child received the same education, there would not have been the need for reservation and thereby the constitutional castes.

Today it is BMC; tomorrow it will be the entire country. We must say a firm no to the privatisation of education.