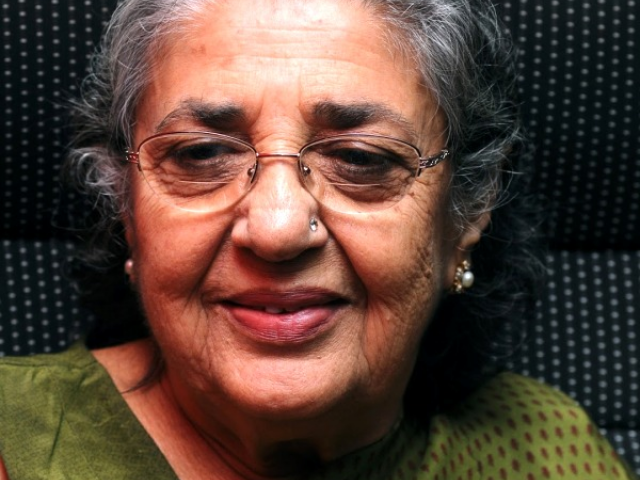 MUMBAI: Veteran character actor for nearly six decades, Nargis Rabadi, popularly known as ‘Shammi Aunty’ in the industry, died at her home here late on Monday, a family friend said. She was 87.

According to Bollywood personality Ashok Shekhar, she had been ailing since some time. She breathed her last at her Juhu Circle home.

Her funeral would be performed at the Oshiwara cemetery later in the day, Shekhar told IANS. 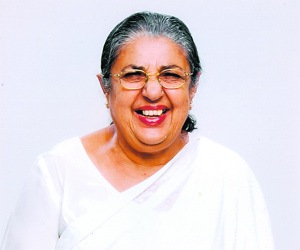 Sharma wrote: “My heartfelt tribute to Veteran actor #Shammi on her unfortunate demise. Her extensive and inspiring contribution to Indian cinema will always be remembered.”

“Shammi Aunty… Prolific actress, years of contribution to the industry, dear family friend… passes away. A long suffered illness, age… Sad… slowly slowly they all go away,” Amitabh, who has “fond remembrances” for her, tweeted. 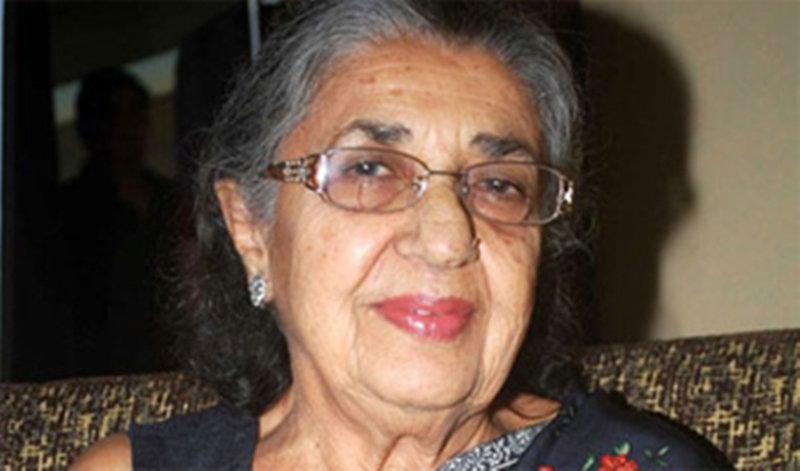 The actor also shared some photographs of Shammi Aunty.

Amitabh’s son Abhishek wrote, “I will really miss you Shammi Aunty… You always gave the warmest hugs and never failed to make everyone smile. So many memories, so much happiness, gone but not forgotten. Rest in peace.”

Khosla took to Instagram to post an elegant photograph of the late actress, and described her as “special”, “guide”, “best friend”.

Farah wrote, “Our beloved Shammi Aunty is no more… Most wonderful, loving and funny. Working since my dad’s films and I was lucky to work beside her in ‘Shirin Farhad Ki Toh Nikal Padi’. God bless her.”

Divya said Shammi’s “talent, warmth and laughter is cherished”. Actor Vindu Dara Singh said he would remember her as “always smiling and peaceful and very gracious”.

Ever since childhood, I have been regarded as a jester,” she had chuckled in a conversation with Filmfare magazine, August 1957. “Before films, I worked as a secretary in a commercial firm. While dictating a letter, one of the young bosses proposed to me. I brought back the proposal neatly typed for him to sign. I was sacked.”

Shammi Aunty to an ever-loyal band of yesteryear heroines, she was an antidote to the Bollywood blues. Ever the confidante, a shoulder to cry on, she saw her besties through emergency crises. Ironically, her own private life hit the rocks when her marriage, after seven years to producerdirector Sultan Ahmed, culminated in a divorce circa 1980.

The infallibly jocular Shammi — born Nargis Rabadi — didn’t ever carp about Ahmed. She had promoted him by inveigling top stars to assent to his projects, notably Heera (1973) with Sunil Dutt-Asha Parekh and Ganga ki Saugand with Amitabh Bachchan-Rekha (1978).

She glided back on the singleton’s beat. Ahmed remarried twice over. Meanwhile apri Shammi Aunty, who had suffered two miscarriages, adopted Iqbal, the son of Ahmed’s brother. Eventually, she settled in with Iqbal, his wife and two granddaughters in two separate apartments in Millat Nagar, Oshiwara.

Customarily dressed in patterned crepe saris, she would hop into an autorickshaw — if her car’s driver was off-duty — hurrying to a friend’s home to work out a quickfix solution for the bugbear du jour. Friendship meant never being off-duty.

Clearly, her Good Samaritan disposition points to her growing-up years when she was compelled to see the brighter side of the moon. Her father, an agiary priest, passed away when she was barely three. To rear Nargis and her elder sister, Mani, who went on to become a leading costume designer in the 1960s-‘70s, their mother would cook at Parsi religious functions.

The Rabadis subsisted in a Tardeo tenement till a family friend introduced the sprightly Nargis to actor-filmmaker Sheikh Mukhtar, monickered ‘The Leatherface’ because of his spotty complexion. Uninhibited and surprisingly fluent in Hindustani dialogue, her auditions were approved. The teenage girl was cast in Ustad Pedro (1949), featuring Mukhtar and Begum Para. Nargis was given the screen name of Shammi.

Was a star born? Yes and no. Averse to swerving the spotlight on herself, Shammi teamed up with playback singer-actor, Mukesh, in his home production Malhar (1951). It didn’t click. Her back-up act to Dilip Kumar-Madhubala in Sangdil (1952), a take on Charlotte Bronte’s Jane Eyre, whizzed by unnoticed. Supporting roles became her survival kit, best exemplified by Musafirkhana (1955), in which she infused comic chemistry with Johnny Walker.

A kooky comedienne, a vicious vamp, a nanny or a naani, Shammi was cool with roles of any stripe. “I want to be part of the film industry, I wish to keep working,” she would insist to her last day. Felled by a neurological twitch in her hands and ailments accompanying advanced age, the prime cheerleader of Bollywood was last seen five years ago in Shirin Farhad Ki Toh Nikal Padi. After that, lights off.

Of her estimable collection of over 200 films and an armful of TV serials, pre-millennials will surely recall her endearing acts in Dekh Bhai Dekh, Zabaan Sambhal Ke, Shriman Shrimati, Kabhi Yeh Kabhi Woh. Of her movies, she would pick Dil Apna Aur Preet Parai(1960), Jab Jab Phool Khile (1965) and Purab aur Pachhim (1970) as her careerbest. A workaholic to the last drop, she would serve as co-producer on TV serials.

The only time I’ve seen Shammi Aunty at the end of a tether was at the first-dayfirst-show screening of Pighalta Aasman (1985) at the Naaz cinema, which she had produced. Rajesh Khanna had dropped out after irreconcilable differences with director Esmayeel Shroff. Shashi Kapoor had stepped in without charging a rupee. Shammi Aunty had said in a quivering voice, “Not a mouse has turned up. It was doomed to flop, anyway.” She’d also laughed wistfully, “Don’t go out of your way to give it a good review. I won’t read it if you do.” Her besties — Nargis Dutt, Jaya Bachchan, Asha Parekh, Waheeda Rehman, Saira Banu, Helen and Daisy Irani — were her mere apne. An inconsolable Asha Parekh says, “I have lost my mother again. Shammi Aunty loved travelling, reading bestsellers, books on philosophy, Indian and western classical music. Most of all, she loved to be in touch, dropping by for a cup of tea at least twice a week. Our lives won’t be the same again.”

One of her unalloyed joys was to fetch up at the Juhu house of fashion designers Abu Jani and Sandeep Khosla to watch movies on DVD from their vast collection.

Another compulsion was to take off on group trips, the last one being to a vineyard in Nashik. On returning, she had forgotten a bottle of wine in the car. When it was sent over, she had sent it back, stating, “I left it behind purposely. I’ve lost my taste buds.”

Towards her end-days, she was in a semi-conscious state, in and out of an ICU. She was diagnosed with intestinal ailments and dementia. There were no parting words from Shammi Aunty. At the 88, she didn’t need a ventilator for her last breath.