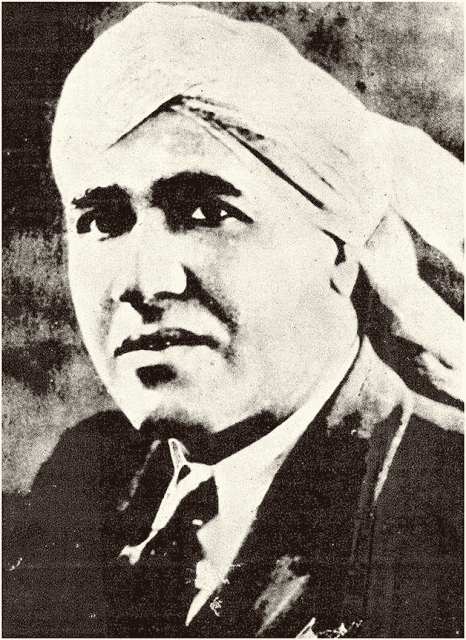 It was 80 years ago (July 31, 1940) Udham Singh died on the gallows in the Pentonville prison of London. Through the contemporary police documents, we come to know that before reaching London he had been to Mesopotamia, Kenya, Uganda, USA, and USSR, all in quest of Indian revolutionaries and ammunitions.

It was on reaching the English shores that he took the name of Mohammad Singh Azad. In fact he had secured a passport with this name. He even attempted to organize fellow English laborers. Udham Singh’s choice of the name as Mohammad Singh Azad was not a fluke.

He chose it to underline the cardinal fact that India could be liberated only by the collective and united efforts of all Indians. There is a reasonable apprehension that if Udham Singh returns to India with this name today he may be lynched.

The British masters wanted to censure any news about his trial so that Udham Singh’s revolutionary deeds were kept hidden in India. The day his trial started in London the Governor General in New Delhi sent a telegram to the Secretary of State.. It read:
“We understand that during the trial the accused intends to pose as a martyr and indulge in heroics. We would be glad if steps are taken to secure that press in England do not report substantially and that Reuters only carry as brief and unsensational a summary as possible.”

This telegram showed that the Britishers, glorified as great believers in the fair-play and rule of law, germane to democracy, were masters in manipulating the fourth estate.

Explaining the reason behind the killing of one of the main perpetrators of Jallianwala Bagh massacre Udham Singh made the following statement:
“I did it because… he deserved it. He… wanted to crush the spirit of my people, so I have crushed him. For full 21 years, I have been trying to wreak vengeance. I am happy I have done the job. I am not scared of death. I am dying for my country.”

He continued:
“I do not care about the sentence of death… I am dying for a purpose… We are suffering from the British Empire…I am proud to die to free my native land and I hope that when I am gone…in my place will come thousands of my countrymen to drive you dirty dogs out; to free my country…you will be cleansed out of India. And your British imperialism will be smashed… I have nothing against the English people at all… I have great sympathy with the workers of England. I am against the imperialist government. Down with British imperialism!”

These words of Mohammad Singh Azad rang out through a London courtroom on March 13, 1940, where he was produced immediately after killing Michael O’Dyer, the Lt Governor of Punjab, the architect of the Jallianwala massacre who ordered the crackdown. Mohammad Singh Azad was none other than Udham Singh.

Born in a Dalit Sikh family and brought up in an orphanage, Udham Singh was present in the public meeting at Amritsar on the fateful bloody Baisakhi day of 1919.

Having fallen under a heap of dead bodies, Udham Singh had miraculously survived the carnage. But so deep was the hatred evoked by the 20-year old vowed not to rest until he had avenged the killing of the innocent hundreds. He achieved his target 21 years later. And ‘Mohammad Singh Azad’ — the name he adopted — underscored the fact that the overthrow of the British rule was impossible without the unity of the Hindu, Muslim, and Sikh populace of the land. Today this call is more relevant when Hindutva rulers are bent upon dividing the Indian nation on the basis of religion.
—
*Formerly at Delhi University, some of Prof Islam’s writings and video interviews/debates could be accessed here http://du-in.academia.edu/ShamsulIslam. Blog: http://shamsforpeace.blogspot.com