Centre wants UID for all cows with details of horn, tail, breed, age 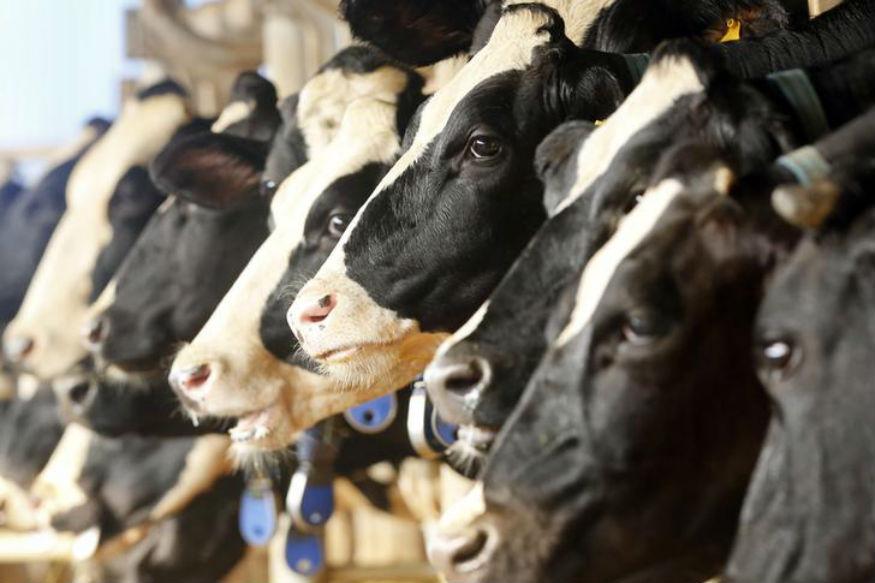 New Delhi: Buoyed by the success of unique identification number for humans, the Centre has decided to create a similar UID for cows.

While talks about such a move last year were met with amusement and criticism, the government has now made its intentions clear at the highest level.

In a submission to the Supreme Court on measures to be taken for cow protection and to stop smuggling of cattle across the India–Bangladesh border, the Centre has said that a committee, headed by joint secretary, home ministry, has been formed to find out ways to generate UID for each cow in India.

The UID will have details like age, breed, sex, lactation, height, body, colour, horn type, tail switch and special marks of the animal. While the responsibility for care of abandoned animals will lie with the state governments, the Centre is planning shelter homes in each district to accommodate at least 500 abandoned cows. The panel has suggested that the state governments will have to fund these facilities for cows.

The government has also recommended special care for cows beyond the age of milking. Centre has also proposed a scheme for farmers in distress, to discourage them from selling their cattle after its milking age.

The central government told the Supreme Court on Monday that it wants an Aadhaar-like unique identification system for cows to track their movement and prevent inter-state and inter-country smuggling. Adducing a report by a committee appointed by the Union Home Ministry, Solicitor General Ranjit Kumar told a bench led by Chief Justice of India J S Khehar that the Centre has approved the recommendations in principle. The bench posted the matter for detailed hearing on Tuesday.

The committee, headed by a Joint Secretary in the MHA, was constituted after the apex court prodded the government to stop smuggling of cattle, especially through the porous borders with Nepal and Bangladesh. “Each animal (should) be tagged with a unique identification number with proper records of identification details such as age, breed, sex, lactation, height, body, colour, horn type, tail switch, special mark etc,” says the report.

It points out that the Ministry of Agriculture has devised a tamper-proof method for identification of cattle, using polyurethane tags with a unique identification number sequence. “This may be made mandatory for all cows and its progeny throughout India for all cattle that is owned. Already, mass tagging of cattle for insurance purpose is being done by Livestock Development Boards and Animal Husbandry Department of state governments,” it says.

The committee has proposed that a state-level databank should be set up, which may be linked with a national online database for registered cattle. “The protocol for such registration may be notified by the Ministry of Agriculture and also allocation of suitable budget for the registration of cattle in a phase-wise manner across the country. A nodal officer may be appointed as the Registrar of Cattle Premises, appointed in each state under the Registration of Cattle Premises Rules, 1978, under the Prevention of Cruelty to Animals (PCA) Act,” says the report.

Amid the nationwide debate over attacks by “gau rakshaks”, the committee has recommended that “all cattle being transported may have identification tags” and that “no animal transportation may be permitted without ‘fitness to move certificate’ to be issued by registered veterinary officers.”

Favouring increased penalty under the PCA Act, it has said that “penalty to be increased from Rs 50… make all offences under the Act cognizable.”

Pointing out that cattle smuggling is a by-product of the dairy industry, the report says: “Barren cows or bulls or low-yielding animals are sold to organised smugglers or are abandoned on the roads from where they are captured and smuggled to international borders. Such sales and abandonment of cattle is rampant and without any onus or responsibility on the part of the cattle owner.”

The panel has suggested that “state governments bordering Bangladesh may prohibit livestock markets within 20 km distance from international borders.” It has also recommended that state governments should be responsible for the safety and care of abandoned animals. Each district should have a shelter home with a capacity to house at least 500 abandoned animals to help reduce smuggling, and such units should be funded by the states.

That’s not it. Toll free helplines are being set up where people will be asked to report any suspicious trafficking of cows.

According to sources, India has nearly 47 million indigenous and cross-bred cows. Each of these cows will get a 12-digit UID, which will help the government in tracking their movement and productivity.http://indianexpress.com/article/india/centre-wants-uid-for-all-cows-with-details-of-horn-tail-breed-age-4626717/