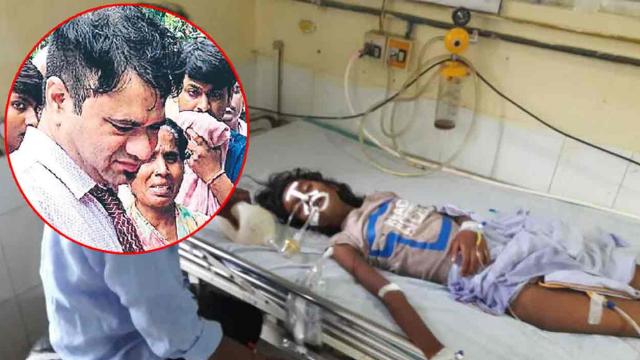 Lucknow: Dr Kafeel Khan, often hailed as the “hero” of the BRD Medical College tragedy in Uttar Pradesh last year that killed over 60 children dead, is languishing at the Gorakhpur prison and his health is deteriorating, said his wife. He has been booked over charges of “attempt to murder”.

In a statement given to a news agency on Tuesday, wife of Dr Khan said, “My husband’s health is deteriorating. Doctors have said that the case must be referred to Lucknow, but it the jail administration is not executing the orders. I fear for my husband’s life.’

“My son was arrested over the BRD Medical College incident while he was doing his duty because a conspiracy was hatched against him. I have requested CM Yogi Adityanath and he has assured me to look into the case,” said Nuzhat Parveen, who was performing Hajj when over 63 children died at the state-run Baba Raghav Das Medical College in Gorakhpur in August 2017.

The Gorakhpur Police have dropped charges of corruption and private practice against Dr Kafeel Khan, who is one of the nine accused in the BRD Medical College case that left many dead allegedly due to oxygen shortage in the children’s ward.

Khan, the head of the encephalitis ward and an assistant professor at the paediatrics department, was removed from the post of the nodal officer at the National Health Mission in the wake of deaths that rocked the state and the Yogi government.

Khan has been charged under Sections 120-B, 308 and 409 of the IPC by the office of DG Medical Education for collecting oxygen cylinders from his private hospital.

101 longstanding readers and contributors express concern over EPW Editor's resignation
An appeal to Karnataka doctors - Rethink your Opposition to Medical Bill
Number Theory: Did women and welfare sweep UP for the BJP ?
Surfing Sisters in Gaza Hit Waves of Disapproval #womenrights