Bullied Into Linking Aadhaar With Your Phone, Bank Account, Mobile Wallet? UIDAI Guidelines Say It Can Be De-Linked 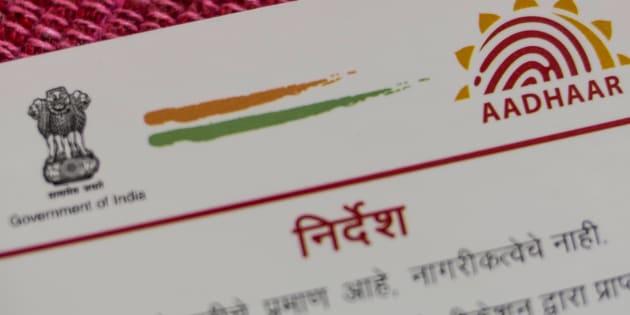 Bengaluru – There is a lot of confusion around the Aadhaar number and its linking to services such as bank accounts and telephone numbers. As a result, it’s linked to these accounts, and also mobile wallets, and other online services. But it’s not a one-way street, and if you want to de-link your Aadhaar, the UIDAI says it can be done.

Last year, the Department of Telecom made it mandatory to link Aadhaar numbers to cellphone numbers, saying it was on the basis of a Supreme Court order. The move raised concerns and the Supreme Court eventually said that linking accounts was not necessary.

But very many of us, seeing the deadlines loom closer, would have decided to cave in and link the Aadhaar to our bank accounts and phone numbers. Others may have linked it to our mobile wallets, like Paytm for example, in order to do KYC and get a more feature-rich account. But after the Cobrapost sting on Paytm a lot of people wanted to delete their accounts, and remove their Aadhaar data from the company.

The next issue was that it was not at all easy to delete your account – almost all Indian companies try and keep you from deleting accounts – and even then, what happens to your Aadhaar data? Although there’s not been much clarity on this, a recent report pointed out that you can indeed de-link your Aadhaar data.

As it turns out, the UIDAI has said that users should be able to revoke consent to any e-KYC User Agency (KUA), which must then stop storing the user’s e-KYC data, or sharing it with third parties. The KUA must in fact delete the e-KYC data of a user who requests revocation.

This means that even if your Aadhaar has been linked somewhere – with your phone company, bank, mobile wallet, or even income tax department – then you can request revocation of your authentication. This is mentioned in a compendium of regulations of the Unique Identification Authority of India (UIDAI). On page 11, point 5 states: “The Aadhaar number holder may, at any time, revoke consent given to a KUA for storing his e-KYC data or for sharing it with third parties, and upon such revocation, the KUA shall delete the e-KYC data and cease any further sharing.” Point 6 adds that the entities which received your information will also have to follow the same norms, and de-link your number.

This means that if you contact your service provider – whether it’s Airtel or Vodafone, or Paytm, or even the government – they should follow the rules set out by the UIDAI, and remove the linkages. Not doing so is against the UIDAI’s rules, and should not be permitted.