Buried in Tejpal judgement is a tale of two Bobs 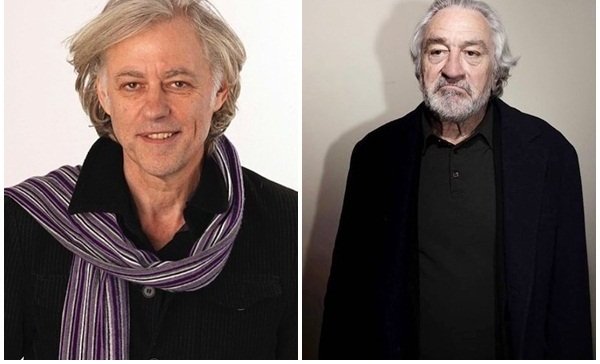 The 527-page judgement by Additional District and Sessions judge Kshama Joshi which acquitted former editor-in-chief Tarun Tejpal on May 21, is liberally peppered with references to the two global celebrities, both of whom were attendees at the highbrow ‘Tehelka THiNK fest’ in Goa.

Geldof performed at the event’s 2012 edition, while De Niro was the key attraction the subsequent year, when Tejpal was accused of alleged rape by a junior colleague.

Geldof has found mention 28 times in the trial court’s order, while De Niro has been mentioned on 203 occasions.

The context of the references to the two Bobs, Geldof and De Niro, both decorated knights by the British and French authorities, however vary in the judgement.

In her complaint the victim had alleged that she was sexually assaulted twice by Tejpal, while they were taking an elevator to Robert De Niro’s room in Block 7 of the Grand Hyatt Resort in North Goa.

The judgement, which has since acquitted Tejpal giving him the “benefit of doubt”, makes mention of Robert De Niro while painstakingly examining the various circumstances and statements by defence and prosecution witnesses about the brief journey of Tejpal and the victim to and from De Niro’s room. De Niro was booked in a suite, along with his daughter Drena.

The judgement paraphrases the victim’s comments in her deposition, saying that the first alleged sexual assault occurred in the resort’s elevator when Tejpal wanted to “wake up Bob” after the event’s opening gala concluded on November 7, 2013.

“PW1 (the victim) further states that as they were making their way out of the lobby the accused said to her ‘let’s go to wake up Bob’ and that Mr. De Niro was referred to as Bob. PW1 further states that though she was confused and unsure about why the accused wanted to wake up Mr. De Niro since they had just wished him good night,” the judgement states.

The judgement, paraphrasing the victim’s statement, says the second alleged sexual assault also occurred in an elevator on November 8, when Tejpal asks her to accompany him to De Niro’s room.

“…and the accused gestured to her to stop and walked up to her and asked her to accompany him saying that ‘we have to get something from Bob’s room’. PW1 further states that at this point, she wanted to be as calm and profession(al) as possible but she was still afraid of entering the elevator with the accused because she felt that he might try to assault her again,” the judgement reads.

The judgement also documents a conversation laced with sexual overtones between the victim and her female friend, which refers to the two Bobs, De Niro and Geldof, as ‘grandpas’. While De Niro in 77, Geldof is 69-years-old.

It is not the first time, that the reference to Geldof has been lassoed into the case. The first public reference was made by Tejpal in his letter of apology to the victim on November 2013, days before police intervention.

The victim’s alleged sexual encounter with Geldof in 2012 is recounted in the judgement, through the statement of Defence Witness (DW) 4 Nikhil Agarwal.

“…the prosecutrix had gone up to Bob Geldof’s suite and that Bob Geldof had asked her what do Indian women wear under their sarees, to which she’d replied why don’t you see for yourself, and that she’d lifted her saree and Bob Geldof had picked her up and put her on the table…” the judgement says paraphrasing Agarwal’s deposition.

The judgement also observes that WhatsApp chats between the victim and her friends corroborates the alleged encounter with Geldof.

A shell-shocked Goa government has now gone in appeal against the acquittal of former Tehelka editor-in-chief Tarun Tejpal in the 2013 rape case. Which means that the proverbial dust is unlikely to settle on the contents of 527-page judgment just yet.