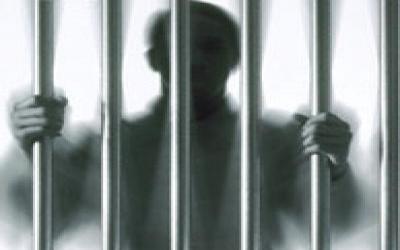 Calling the accused her sisters, Sathe in a series of WhatsApp messages urges colleagues to raise money for the bail of the six accused. She also asks fellow officers to do everything in their power to help them.

The inquiry into the recent custodial death of Byculla jail inmate Manjula Shetye has taken the shape of a sham with a top prisons official, who is heading the probe into the incident, urging her colleagues on a WhatsApp group to pool money to pay for the bail of the six jail officials arrested in the case and to engage a good lawyer to argue in their defence.

DIG, prisons, Swati Sathe, who is scheduled to submit a report to the home ministry headed by Chief Minister Devendra Fadnavis in a week’s time on Shetye’s death, in her WhatsApp messages repeatedly refers to the six accused as her “sisters” and criticises the media for its “biased” coverage.

She goes on to ask her colleagues to stand by the accused and do everything in their power to help them.

Shetye, a murder convict and jail warden, died following a brutal assault inside the women’s prison on June 23. The accused have denied any hand in her death and have claimed that she was beaten up by fellow inmates following a series of disputes over uneven distribution of food and favouritism in allocating prisoners time to meet visitors.

Shetye’s death had led to a riot in the jail and prison officials, in a show of undue hate, blamed Indrani Mukerjea, who is undergoing a trial for the murder of her daughter Sheena Bora and is possibly the most high-profile inmate of Byculla jail, for the uprising.

Mumbai Mirror has carried a series of reports pointing to lapses on the part of jail authorities in first preventing the assault on Shetye and then in not providing her timely medical assistance.

To start with, Shetye was taken to a hospital five hours after she was attacked and half an hour after she died. Questions have also been raised about why nothing was done to protect Shetye if the jail officials were aware of rising tensions between her and a section of inmates. There are no answers forthcoming also on why jail officials did not intervene when Shetye was attacked.

DIG Sathe’s WhatsApp messages, which indicate she has already made up her mind on who is guilty and who is not, further tilt the scale against a fair probe.

Sathe posted her first message on July 2, just hours after the six accused were arrested. It said: “All our six sisters arrested today. Police Custody till July 7. Hope this will satisfy the media. Feeling sad and upset.”

Just minutes later, she posted another message, urging her colleagues to rally around the accused. “Dhamne Sir [DIG, prisons Rajendra Dhamne] and Desai Sir [DIG, prisons, Yogesh Desai] we officers and the jail staff must support our sisters. Please help,” she said.

This was followed by another message where she expressed displeasure at none of her colleagues responding to the messages. “So many people have read my messages, but nobody has responded. At least say a ‘yes’,” she said.

Some police officials, who did not wish to be identified, expressed surprise that a serving police officer, who is heading an inquiry, should so blatantly side with the accused who are the subject of the probe under her. “The home ministry is under Chief Minister Devendra Fadnavis, it will be a travesty of justice if he ignores such misdemeanors,” one of the officials said.

Shetye’s custodial death is parallely being investigated by the Mumbai Crime Branch, with Police Inspector Prabha Raul heading the probe. The Women’s Commission has appointed former director general of police Pravin Dixit for an independent inquiry.

Additional Director General, prisons, Bhushan Kumar Upadhyay, to whom Sathe reports, said he has not yet received any formal complaint against her. “I have heard of these WhatsApp messages, but I will be able to look into it once I have a formal complaint,” he said.

Disgraced former superintendent of Thane jail, Hiralal Jadhav, who has been suspended in connection with a sexual abuse case, has written to Upadhyay and the chief minister pointing to Sathe’s messages. Upadhyay, however, said he has not received Jadhav’s letter yet.