CAA: It’s Not What She Did, It’s Who She Is, Says Sadaf Jafar’s Sister On Her Arrest 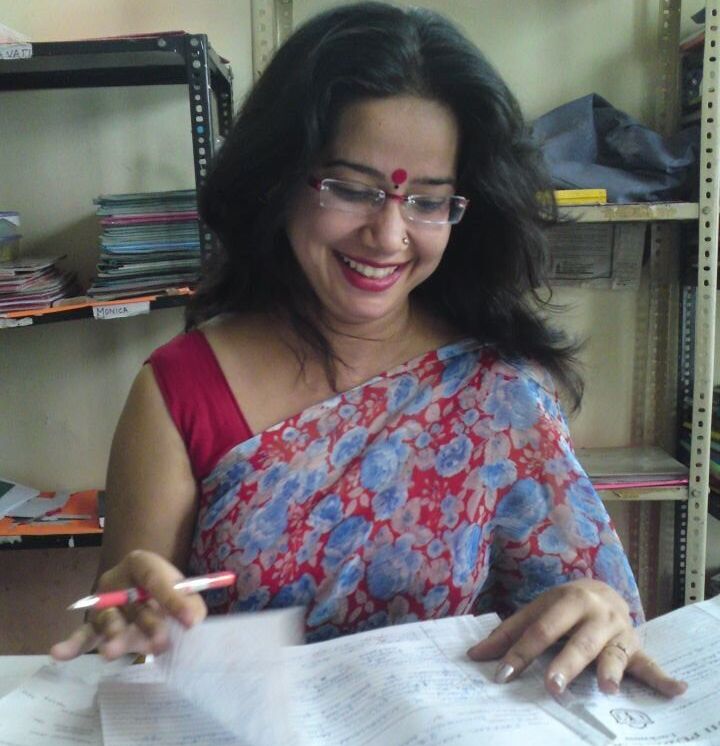 The family of Sadaf Jafar, the only woman arrested by the UP Police after the anti-CAA protests in Lucknow, allege she has been beaten in custody.

LUCKNOW, Uttar Pradesh —  Naheed Varma was in college and her sister Sadaf was in class 11 when communal riots erupted in Ahmedabad in 1991. It was their first experience of communal violence, the sisters were shocked by the violence they witnessed in Gujarat. The fear that Naheed felt almost three decades ago has never left her.

“It was horrifying for us. We had never seen anything like this. We realised how polarised Ahmedabad was. We were the only Muslims in a 10 kilometre radius,” Naheed said. “That was our first experience with the Gujarat model of polarisation.”

The trigger for the violence lay 1,400 km away in Ayodhya, where then UP Chief Minister Mulayam Singh Yadav had ordered the police to fire on the karsevaks who had gathered near the Babri Masjid. A year later, the 16th century mosque would be demolished by the karsevaks, and 27 years later, the Supreme Court of India ruled in favour of building a temple at the site.

Varma, who married a Hindu man in 1993, was born into a Shia Muslim family from Lucknow, a mostly peaceful city where she spent her formative years. Lucknow remained calm even as the demolition of the Babri Masjid on 6 December, 1992, triggered the worst communal riots since the Partition in 1947.

Today, Varma still can’t believe that Lucknow, a city that she considered her safe haven, where her granduncle and great granduncle had fought British rule, is where her younger sister Sadaf has been arrested, assaulted by the police, and charged with attempt to murder and being in possession of explosives.

Get our top news delivered to your inbox every morning, Monday to Friday. Newsletters may offer personalized content or advertisements. Privacy PolicyNewsletter

On 19 December, 2019, Sadaf Jafar, who came out to protest against the discriminatory Citizenship Amendment Act, was the only woman arrested by the Uttar Pradesh police in the Bharatiya Janata Party (BJP)-run state. For two days, the police did not tell her frantic family members where Jafar, who is a member of the opposition Congress Party, was.

“You won’t believe this when I tell you, but I felt relief when we finally heard that she was in jail. Just to know where she was was, that she wasn’t dead, was all that mattered in that moment,” she said. “Then, it hits you. Our lives have changed forever.”

Under the garb of maintaining law and order, Chief Minister Ajay Bisht, who calls himself Yogi Adityanath, has unleashed a brutal crackdown to crush any dissent against the discriminatory citizenship law. The UP Police has arrested thousands of people, beaten women and children, shot at non-protestors, and tortured children. Now, the government is sending notices to people suspected of damaging public property to pay damages or face seizure of their properties.

For a week now, there have been rumours of the police sending a recovery notice to Jafar and two other prominent social activists — Deepak Kabir and Mohammed Shoaib — who were arrested on 19 December in Lucknow.

On Thursday, Varma said the family had not received any notice so far. “Honestly, we are prepared for the worst. We are living in some alternative reality where the truth no longer matters,” she said.

Our lives have changed forever.

All that her sister did was to come out for a peaceful protest and make live videos for Facebook, Varma said. But it is not what her sister was doing that bothers Bisht and the BJP, she said, but rather who she is and what she represents.

The arrest and beating inside the thana was payback, but not only for the Facebook videos that embarrass the BJP government and raise questions about how the UP police were operating on 19 December.

In a state where people critical of the government are arrested and charged with defamation or sedition, Jafar was one of the very few voices still calling them out on everything from the poor quality of midday meal for students to the alarming levels of sexual violence against women in the state.

“She is everything they hate. She is Muslim. She is a woman with a mind. She speaks angrezi. She stands up to them,” said Varma.

She is Muslim. She is a woman with a mind.

Jafar, a mother of two children, did not flee the site of the protest even after it turned violent on 19 December. The former school teacher stuck around and posted videos of the events unfolding around her.

In one video, Jafar is seen and heard urging the policemen to take action against the miscreants. “Why are you not stopping them?” she says over and over again. “There was so much police, but when the violence happened, the police disappeared,” she says in the video.

In her final video, Jafar says, “Why are you arresting me? I was protesting peacefully. You could not catch the people who threw stones?”

A woman constable is heard saying, “Those thugs were with us (as if).” Jafar says, “Who knows?”

When Varma met her sister in the district jail in Lucknow, she noticed that a clump of her hair was missing.

Jafar told her sister that a woman constable had ripped out her hair and clawed her face. That was after male constables had beaten her with batons on her back and kicked her in the stomach.

Following the public outrage that followed these allegations last week, the police released a video, denying all the accusations levelled against it in Jafar’s case.

“Sadaf said that someone who was beaten in jail before told her, ‘show them your back or they will break your hands,’” Varma said.

“Someone had burnt a woman constable’s scooter in the violence and she took her revenge on Sadaf, she told me. Someone said, ’bahut angrezi bolti hai.’ They find English speaking women particularly irksome,” she said.

Speaking of the men who beat her sister, Varma said, “They must have thought video bana rahi hai, humko bata rahi hai…”

Bisht, Varma said, had sworn “revenge” and that state police was complying.

The UP chief minister has vowed revenge against alleged arsonists. He recently tweeted, “Anyone interrupting the yagya of the sanyasi for public welfare, will face punishment.”

Vaibhav Maheshwari, the spokesperson for the Aam Aadmi Party in UP, said there were two reasons for Jafar’s arrest. “Her name,” he said. “And the absolute power given to the UP Police.”

Policemen at the lower rung of the force, he added, were not acting like they belonged to a “system,” but lashing out on their own. “Ego driven, bias driven police has replaced the system driven police force,” he said.

Jafar, her sister said, had never tired of reinventing herself. She was a single mother to a 16-year-old son and a 12-year-old daughter. She was a school teacher for many years. She was a social activist and a poet.

She had helped organise the first LGBTQ pride parade in Lucknow. She had recently joined the Congress Party hoping that it would amplify her voice.

Varma, a career counselor in Lucknow, is a Muslim who practices Buddhism. She married Raj Saran Varma, a Hindu, whose mother was Muslim. He died in 2016. They gave their daughter a Sikh name — Simran.

Pointing to a grey bust of Vladimir Lenin in the room, Varma said, “We’re basically commies, but right now communism in India is just about making noise without solutions.”

Dissent and politics runs in the family, said Varma. Their father’s brother S.M. Jafar was a renowned freedom fighter in Lucknow, who had worked alongside Mohandas Gandhi and Subhash Chandra Bose. Their grandfather’s brother Syed Ali Zaheer was the law minister in Jawaharlal Nehru’s first cabinet and India’s ambassador to Iran. Their great grandfather was Sir Syed Wazir Hasan, a prominent jurist who served as the Chief Justice of the Awadh Court.

Her father, a bank employee, only showed them one movie but he made them watch it three times when they were growing up, Varma recalled. That was Richard Attenborough’s Gandhi. Many years later, they made him see Ashutosh Gowariker’s Lagaan.

Her father was one of five brothers, all of whom chose to stay in India following the Partition. One sister moved to Pakistan with her husband’s family. They learnt how she had suffered from depression and died in a mental health facility in Karachi, almost a decade after her passing.

“When they say, ‘Go back to Pakistan…’ It’s not just words to us. It’s not just political. It’s personal,” she said. “We have lived the pain and tragedy of separation.”

We have lived the pain and tragedy of separation.

Jafar, Varma said, could never stand for injustice in her personal or professional life. She was fighting a long and difficult custody battle for her children. She loves teaching but often ended up leaving for challenging the management.

Jafar, her sister said, quit her job at a reputed school when the teachers were told to fill up the seats at a function organised by the BJP government, and when the students were told to line up and wave at the CM’s cavalcade.

“Sadaf is exceptional in many ways,” said Varma. “Things that people accept, a bad marriage or injustice at work — people say arre thoda sa adjust kar lo, arre udhar mat dekho bus apna kaam karo — she cannot do that. When it comes to her beliefs, she is uncompromising. She chooses to do the right thing over comfort and convenience.”

Ever since Narendra Modi led the BJP to power in 2014, Jafar had spoken up on a host of issues involving minorities and Dalits. She spoke against the fees hike at Jawaharlal Nehru University in Delhi and the disappearance of Najeeb Ahmed, who went missing from the JNU campus in 2016.

“She wanted to make a difference. She wanted her voice to be heard,” said Varma.

She wanted to make a difference. She wanted her voice to be heard.

The charges against her sister, Varma believes, will eventually be dropped. She has faith in the higher courts of India. But the “lifelong legal battle,” which now lies ahead of them, will change their lives forever.

“Fighting for bail is just the first step,” she said. “Sadaf’s life is disrupted forever.”

Knowing her sister as she does, Varma believes Jafar will not be broken, but emerge stronger from her ordeal.

“In any theocratic state, there is no place for women,” she said. “But we will not be silenced. This movement is spearheaded by women.”