CAA: Should United Nations Norms be respected in Domestic Policies? 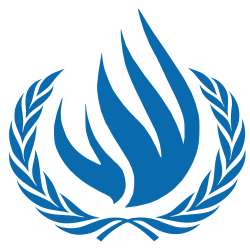 In the wake of Citizenship Amendment Act (CAA) UN High Commissioner, Michele Bachelet, has filed an intervention in the Supreme Court petition challenging the constitutionality of the Citizenship Amendment Act, as she is critical of CAA. Responding to her, India’s Foreign Minister S. Jai Shanker strongly rebutted her criticism, saying that the body (UNHCR) has been wrong and is blind to the problem of cross border terrorism. The issue on hand is the possibility of scores of people, mainly Muslims, being declared as stateless. The problem at hand is the massive exercise of going through the responses/documents from over 120 crore of Indian population and screening documents, which as seen in Assam, yield result which are far from truthful or necessary.

The issue of CAA has been extensively debated and despite heavy critique of the same by large number of groups and despite the biggest mass opposition ever to any move in Independent India, the Government is determined on going ahead with an exercise which is reminiscent of the dreaded regimes which are sectarian and heartless to its citizens, which have indulged in extinction of large mass of people on grounds of citizenship, race etc. The Foreign minister’s assertion is that it is a matter internal to India, where India’s sovereignty is all that matters! As far as sovereignty is concerned we should be clear that in current times any sovereign power has to consider the need to uphold the citizenship as per the principle of non-discrimination which is stipulated in Art.26 of the International Covenant on Civil and Political (ICCPR) rights.

Can such policies, which affect large number of people and are likely to affect their citizenship be purely regarded as ‘internal’? With the World turning into a global village, some global norms have been formulated during last few decades. The norms relate to Human rights and migrations have been codified. India is also signatory to many such covenants in including ICCPR, which deals with the norms for dealing with refugees from other countries. One is not talking of Chicago speech of Swami Vivekanand, which said that India’s greatness has been in giving shelter to people from different parts of the World; one is also not talking of the Tattariaya Upanishad’s ‘Atithi Devovhav’ or ‘Vasudhaiva Kutumbkam’ from Mahaupanishad today.

What are being talked about are the values and opinions of organizations which want to ensure to preserve of Human rights of all people Worldwide. In this matter India is calling United Nations body as ‘foreign party’; having no locus standi in the case as it pertains to India’s sovereignty. The truth is that since various countries are signatories to UN covenants, UN bodies have been monitoring the moves of different states and intervening at legal level as Amicus (Friend of the Court) to the courts in different countries and different global bodies. Just to mention some of these, UN and High Commissioner for Human Rights has often submitted amicus briefs in different judicial platforms. Some examples are their intervention in US Supreme Court, European Court of Human Rights, International Criminal Court, and the Inter-American Court of Human Rights. These are meant to help the Courts in areas where UN bodies have expertise.

Expertise on this has been jointly formulated by various nations. These interventions also remind the nations as to what global norms have been evolved and what are the obligations of individual states to the values which have evolved over a period of time. Arvind Narrain draws our attention to the fact that, “commission has intervened in the European Court of Human Rights in cases involving Spain and Italy to underscore the principle of non-refoulement, which bars compulsory expulsion of illegal migrants… Similarly, the UN has intervened in the International Criminal Court in a case against the Central African Republic to explicate on the international jurisprudence on rape as a war crime.”

From time to time organizations like Amnesty International and Human Rights Watch have been monitoring the status of Human rights of different countries. This puts those countries in uncomfortable situation and is not welcome by those establishments. How should this contradiction between ‘internal matter’, ‘sovereignty’ and the norms for Human rights be resolved? This is a tough question at the time when the freedom indices and democratic ethos are sliding downwards all over the world. In India too has slid down on the scale of these norms.

In India we can look at the intervention of UN body from the angle of equality and non discrimination. Democratic spirit should encourage us to have a rethink on the matters which have been decided by the state. In the face of the greatest mass movement of Shaheen bagh, the state does need to look inwards and give a thought to international morality, the spirit of global family to state the least.

The popular perception is that when Christians were being persecuted in Kandhmal the global Christian community’s voice was not strong enough. Currently in the face of Delhi carnage many a Muslim majority countries have spoken. While Mr. Modi claims that his good relations with Muslim countries are a matter of heartburn to the parties like Congress, he needs to relook at his self gloating. Currently Iran, Malaysia, Indonesia and many Muslim majority countries have spoken against what Modi regime is unleashing in India. Bangladesh, our neighbor, has also seen various protests against the plight of Muslims in India. More than the ‘internal matter’ etc. what needs to be thought out is the moral aspect of the whole issue. We pride ourselves in treading the path of morality. What does that say in present context when while large section of local media is servile to the state, section of global media has strongly brought forward what is happening to minorities in India.

The hope is that Indian Government wakes up to its International obligations, to the worsening of India’s image in the World due to CAA and the horrific violence witnessed in Delhi.