Calcutta University- Students made to strip and dance , Ragging Horrors 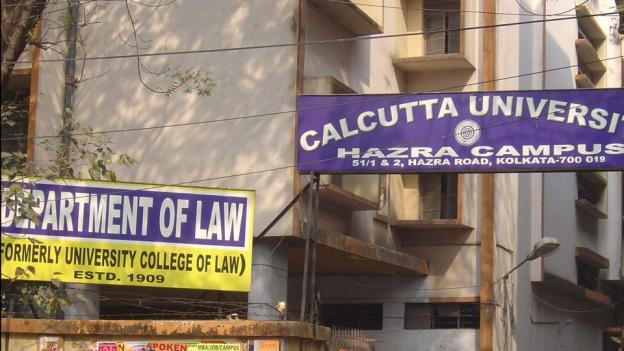 Around 20 students including two juniors who had allegedly been ragged were demonstrating outside the VC’s office but they are not hindering movements of Vice-Chancellor Sonali Chakraborty Banerjee.(Wikimedia Commons)

A section of the students of the new law college hostel under Calcutta University continued their demonstration outside the vice-chancellor’s office for the third day on Friday, to protest against alleged ragging of four students on November 9 at the hostel.

Around 20 students including two juniors who had allegedly been ragged were demonstrating outside the VC’s office but they are not hindering movements of Vice-Chancellor Sonali Chakraborty Banerjee.

Banerjee said, “A two-member inquiry committee has been formed comprising the registrar and the official in charge of hostels. The panel will talk to the hostel employees, the super of the said hostel and the inmates to investigate their allegations. We can think about follow-up action once they submitted their findings.”

In the preliminary inquiry conducted after the complaints were received, ragging charges were not proved, the VC said.

We now intend to conduct a full-fledged inquiry and we request the students to wait till the inquiry report is submitted,” she said.

The agitators said this is a symbolic protest against the VC’s chair.

“We demand the university takes exemplary action against the guilty students and put a stop to incidents of ragging by a section of seniors at the law college,” one of the agitating students said.

The agitating students said they did not belong to any political group.

Rotten tomato for Monsanto
Choosing My Religion – Proposed Karnataka Freedom of Religion Bill
'Indian Govt will realise we can do without nuclear energy'-Meera Udayakumar #mustread
Press Release--In the name of sovereignty: APDP