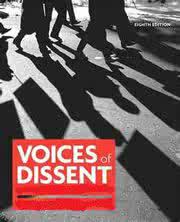 JOINT STATEMENT ON ATROCITIES  ON CULTURAL ACTIVISTS AND DALITS.

We the undersigned are extremely appalled and outraged by the arrest of Kanwal Bharti eminent Dalit writer for his comments on Face book. If one looks seriously at the banner headlines of the Corporate media, the Indian ruling classes have being the new economic power house of the world and being the largest democracy. Various clauses of the Indian constitution guarantees the fundamental rights of its citizens ie right to expression, right to choose ones cultural and political views. The pretensions of the Indian state about it being a liberal democracy has proved to be a total mockery of the very meaning of the words like liberalism, democracy and rule of law. Since the past six decades under draconian laws like AFPSA, UAPA, National security act etc. Tens of thousands of people have died in face encounters, thousands of youth have vanished from Kashmir and Punjab. There are genocides happening on the struggling people of oppressed Nationalities, thousands are tortured, there are thousand of unknown mass graves in Kashmir. Thousand of woman are raped, tortured and killed in police custody. When it comes to writers and cultural activists the Indian state has always bared its fascist and castist fangs again and again. There glaring examples are the false prosecution of the members of Kabir Kala Manch, (Eminent Revolutionary Balladeer Ghadar who is a living legend in the revolutionary peasant resistance struggle was shot fatally by Andhra Police some years ago, and had to be hospitalized for months. Jiten Marandi an eminent radical cultural activist from Jharkhand was jailed for years on trumped up false criminal charges. Progressive poet and writer Savyasachi Goswami is still languishing in Jail on false criminal charges, and the ruthless murder of comrade Gantiprasadam of RDF who was a famous revolutionary writer. The above facts prove that dalit writers and cultural activists are ruthlessly oppresses and persecuted by the Indian state. In this context one has to look seriously at the dialectics of the rise of identity politics in Indian via the Mandal and Kamandal debate. The rise if identity politics in late 80’s and early 90’s which has created an opportunity for the rise of a thin strata of OBC kulaks, who join hands with upper caste landlords to commit atrocities on Dalits. The Vanniyar Sangham hooliganism clearly proves this. However one has to look at the identity question in a dialectical prism.

There are identities and identities some are oppressed some are oppressors. We  should discern the democratic content of the identity struggles we should firmly stand with the oppressed identities. History has shown it is only the oppresses can break their own chains.  We appeal to the left and democratic organizations, and the progressive intelligentia to join hands and fight together against the right to expression and atrocities on Dalits.

The very logic of Predatory Neoliberalism accentuates the class differentiation within the endogamous caste group further creating class polarization and exploitation. On one hand it pauperizes vast masses of Dalits, OBC’s pasmanda muslims on the other hand a handful of minorities rich peasantry and the kulaks elements of the OBC’s join hand with upper caste land lords to perpetuate atrocities. With the rise of identify politics in late eighties and early nineties especially in Uttar Pradesh and Bihar these elements have become the subsidiary part of the Indian Ruling Classes. We draw attention of another danger in contemporary Identity discourse, the rise of Slogans like Dalit Capitalism and formation of neoliberal clubs like DICCI, its ideologues conveniently forget the fact that 90% of the super exploited agricultural labourers are predominantly dalits and the dalit female agricultural laboures are also sexually exploited.

These stooges of wall street simply over look the fact that under the Neoliberal regime it’s the Dalits, Adivasis, Poor OBC’s and Muslims form that vast mass of Super exploited mobile insecure “foot loose labour” which forms a bulk of the contractual, informal workers in the post fordist production relations and labour process. Therefore this dubious notion of Dalit capitalism is an albatross in the neck of every exploited Dalit.

1.      We demand the withdrawal of all criminal cases on Jiten Marandi, Aparna Marandi, Savyasachi Goswami, Members of Kabir Kala Manch and Kanwal Bharti.

2.      We demand a high level judicial enquiry on the murder of Com Ganti Prasadam and the resignation of Andhra Pradesh Chief Minister for this tragedy.

3.      We demand Mulayam Singh Yadav and Akhilesh Yadav apologise to the Dalits of this country

and firm and committed activist of Radical left.

IF YOU AGREE PL ENDORSE IN COMMENTS