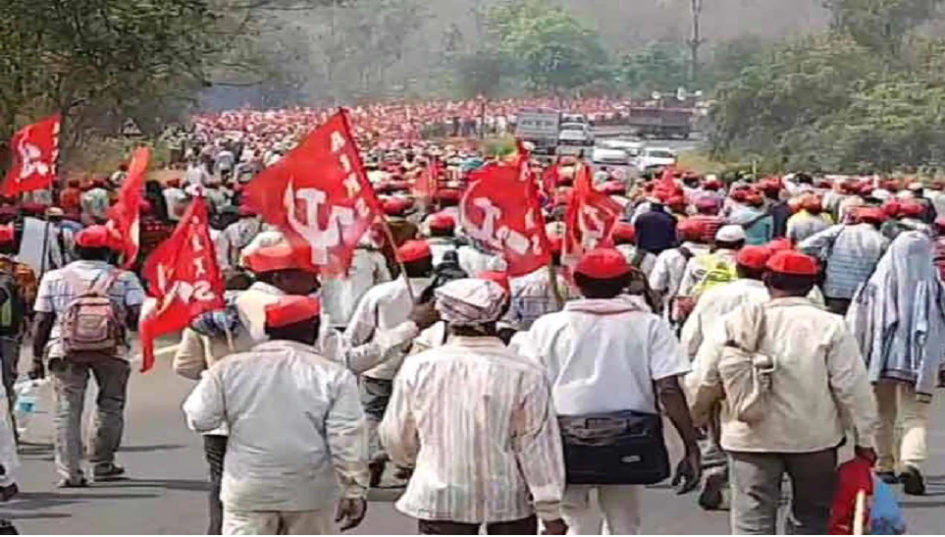 Since late November, lakhs of farmers have been protesting at Delhi’s borders against the government’s recently enacted controversial farm laws.

On 11 December, the joint platform of Central Trade Unions reiterated its solidarity to the farmers’ struggle in a press statement. The statement is reproduced below.

After the successful Bharat Bandh on 8th December called by the Farmers jointly, the Central Government cannot call this a “Punjab question” any more. Invitation by Home Minister, Shri Amit Shah to Farmers’ representatives from Punjab as well as from other states, is an acceptance of this fact.

The Joint Platform of Central Trade Unions and Independent Sectoral Federations/Associations are closely following the machinations of the Centre, such as planting alleged NIA reports of instigation by SJF from Canada, alleged letter bearing lakhs of signatures of the Haryana Farmers backing the Agri- laws, offer to amend laws and many other such deceitful diversionary tactics have failed to make any headway against the demand to repeal the three Agri-laws that itself has become a material force.

We have once again received letter from the Samyukta Morcha of Kisans for their appreciation of continued support from the Central Trade Union organisations for their justified struggle. They have informed us the next phase of their action programmes with request to extend support.

The Samyukta Morcha of farmers’ organizations has decided the following action programmes;

The Joint Platform of CTUs and Sectoral Federations/Associations call upon the workers, employees and their unions, irrespective of affiliations, to be ever vigilant and extend our active solidarity to the call of Farmers’ Joint Struggle in the coming crucial period.

Why are women the main targets in the NCB probe ?
CSE volunteer barred from filming public hearing for Ultratech cement plant
Statement by Forest Rights Researchers, Activists demanding release of Mahesh Raut with 5 others
#India - Ban on illegal mining ineffective