Despite the Delhi High Court injunction barring Cobrapost from making their sting operation Operation 136: Part 2 public, they released all the tapes on Youtube and also on Twitter after 3 pm today. In total there are 51 videos.

The Times of India

In the above video it can be seen that when asked whether this was the first time The Times of India was asked to run a political campaign, the reply is “We have done so many long-run campaigns. If you are talking about BJP we have done it during the election. In a massive way, even on radio.”

In the video, they admitted to taking cash in exchange for running “massive, high decibel” campaign for BJP. 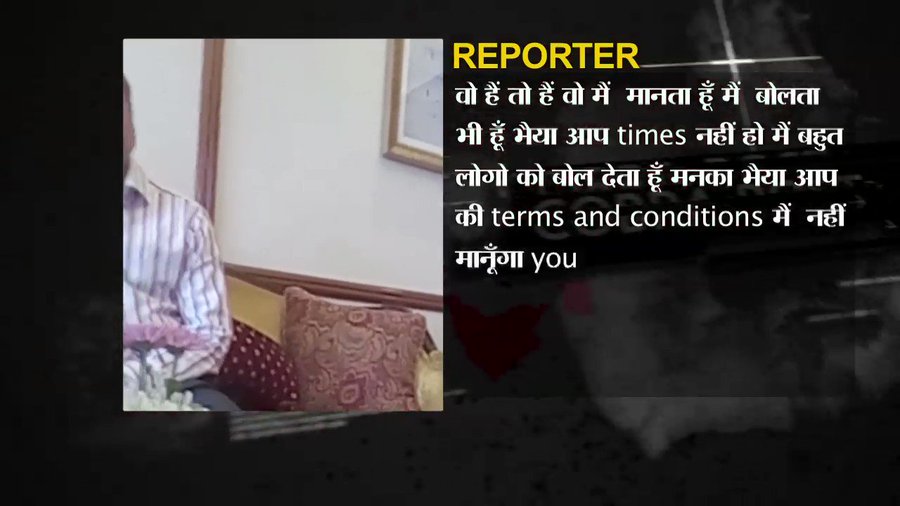 In the above tweet, Vineet Jain himself can be heard talking about cash transaction and how it can be done via cheques and cash.

In the video, it can be seen that Shailja, the manager for Hindustan Times talks about how political agenda in the form of advertorial is pushed in the paper. She says how the entire campaigning is done subtly. “We are all followers of Hinduism so at the end of the day we all follow BJP and RSS,” she says smiling.

The reporter then met Avneesh Bansal, the Associate Vice-President of HT media. He talks about how journalists are made to write stories under pressure and how the cash transaction takes place. Another video shows the Paytm VP Ajay Shekhar saying “We Got A Direct Call From The PMO To Share Personal Data Of Our Users”

As of June 2017, The Times of India is circulated to 2,716,291 households. It is one of the leading English dailies in the country. So is Hindustan Times. They are not just newspapers but they also have apps, Facebook pages and sister papers who are pushing the same propaganda. They are blatantly providing biased news for money and they stand as the fourth pillar of democracy. A few days back Vineet Jain went on a Twitter rant as trolls changed a headline that said “Modi, XI will meet 6 times in 24 hours” to “Modi, XI will mate 6 times in 24 hours”. He said “‘Fake news’ is ‘news’ that’s been created with CONSCIOUS knowledge that it’s not true. It is unacceptable. It’s a menace on social media. It is diff from inaccurate reporting, which can be corrected (with apologies if it hurts someone). Editors Guild, NBA should define fake news.” This expose reveals the truth about the big media houses and their true faces.

‘Fake news’ is ‘news’ that’s been created with CONSCIOUS knowledge that it’s not true. It is unacceptable. It’s a menace on social media. It is diff from inaccurate reporting, which can be corrected (with apologies if it hurts someone).Editors Guild, NBA should define fake news.