Celebrating freedom in the Republic of Fear

Independence Day brings with it the fear of renewed terrorist attacks. How did we come to live this way?
Shivam Vij ·

The electronic chimes sound on the Delhi Police loudspeaker in almost every market, and the announcements begin. Independence or Republic Day or Diwali must be nigh. The recorded messages in chaste Hindi are strangely set to classical instrumental music. One by one, they list the safety measures you need to take. Roadside stalls must keep their wares on the floor and have an attendant. The parking lot boys should keep an eye on suspicious objects, cars and human beings. Landlords must be vigilant about whom they rent out their houses to. Do not touch unclaimed objects on the road such as transistor radios. They could be bombs.

It’s probably only in India that such a stream of public warnings of impending bomb blasts does not incite mass panic. There are several reasons for this.

First, the announcements are only one more element in the chaotic soundscape of our cities. There’s an excess of everything: people, vehicles, shops, roadside vendors, posters, banners, encroached footpaths. That makes it easy for someone to plant a bomb and slip away unnoticed. The Delhi Police attempts to sanitise the markets a bit on such occasions, but ironically only adds to the noise with its loudspeakers, distracting the public from looking out for bombs to focusing its attention on deciphering the shuddh sarkari Hindi of the announcements.

The incomprehensible vocabulary they use is the second reason we don’t quite register the announcements. If they were in the everyday Hindustani we speak, they’d cause a lot more panic. It isn’t just the words that makes them seem like white noise but the tone, which is like that of the automated voice in the telephone lines.

Sometimes, they make these announcements more interesting by ending with a patriotic song. I remember the occasion when I heard, “Apni azadi ko hum hargiz mita saktey nahin/ sar jhuka saktey hain lekin sar mita saktein nahin!”  We’d rather sacrifice our lives than lose our freedom, said the song written by Shakeel Badayuni, composed by Naushad and sung by Mohammed Rafi for a 1965 film,  Leader.

The music comes across as relief but I wondered why it seemed jarring. Ah, it was the language! The easy familiarity of the Hindustani lyrics was in clear contrast to the sarkari Hindi of the announcements.

This is also the occasion for the Delhi Police to put up posters of wanted terrorists everywhere. You’d think the city would panic at the thought of dreaded terrorists roaming around in our midst, but nobody cares. That’s because these posters come up with seasonal regularity, still urging vigilence against Khalistani and Muslim terrorists the authorities have been seeking forever. They are now mythical creatures.

Cyber cafes start getting stricter, with managers enforcing the ID proof requirement to surf the web, because, you know, what’s a terrorist who does not use email to communicate with Karachi?

The picnicking at India Gate is disturbed, the ice-cream sellers are shooed away, the photographers, the Lovely Chuski stall that sells the country’s best ice-candy, the young men who sell luminous red horns, balloons and balls all go home.

None of these things really make us afraid. Instead, they remind us of the forthcoming event. These are sarkari rituals that prepare us for the holiday, often providing a long weekend best used to visit the hills.

Some of the security rituals are practised all 365 days of the year. After the November 2008 terrorist attacks in Mumbai, gunmen were placed behind sandbags at Delhi Metro stations and commercial complexes like Khan Market and Connaught Place. In the posh malls of the city, the security is a bit like at the arrangements at an airport.

Yet, what is most noticeable on the eve of festive occasions is the policemen going from shop to shop, asking them to remove their footpath encroachments, sanitising the markets. It’s a chilling sight, almost as though we are a police state.

In the elite Khan Market, it’s not just Delhi Police but various other forces, such as the Border Security Force, who march up and down. The heart of the capital can look like a border town. During the Commonwealth Games in 2010, much of south Delhi looked like Kashmir.

Despite such obtrusive security, there is a small bomb blast or two in crowded places in Delhi every few years. Do they often take place before elections or is that my fertile imagination? A few people die in these blasts, their deaths outraging the TV anchors far more than death by other means, such as road accidents. The police “cracks” the case in a day or two, blaming a neighbouring country in the east or west of India for co-opting some disgruntled Indian Muslims to execute these blasts.

Every now and then, “top” “operatives,” “commanders” or “masterminds” of terrorist organisations are caught in Muslim-majority neighbourhoods. The police offers colourful, dramatic stories of such arrests, and the stenographers who pretend to be crime reporters dutifully publish them on the front pages, invariably eschewing the word “allegedly.” 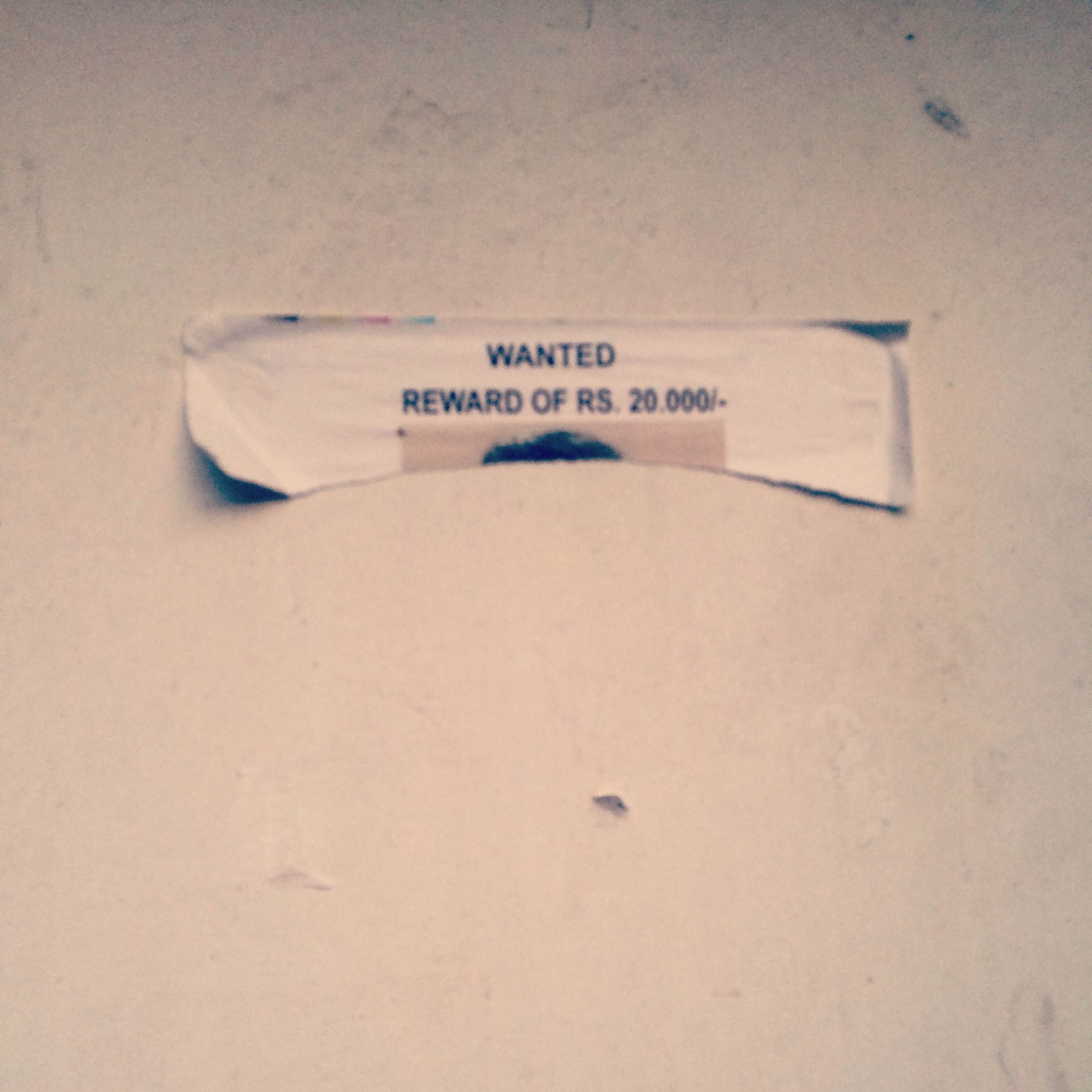 The national security experts then add context on the editorial pages, boning up on the online literature of terrorist organisations, explaining the changes in the command structure of the Pakistani army. Finally, they tell us that the perceived wrongs against Indian Muslims, demolishing an abandoned mosque here and applying Newton’s laws there, are making Indian Muslims carry out these blasts with help from Karachi. You know, Indian Muslims are foolish enough to conduct these blasts and invite the further wrath of Newton’s Hindu followers. These expert insights are rarely matched by court judgments years later.

When the courts exonerate the “top” terrorists, the stenographers tell us the court did not find enough evidence. The news copy hides in the last paragraph the fact that the court found the police evidence to be concocted. The best fiction in India is written in its police stations. Bleeding heart types record the sad stories of lives destroyed by the special security laws. Nobody wonders who really carried out that blast ten years ago. The banned Students’ Islamic Movement of India hasn’t had the allegations of terror against it proved in court, and the Indian Mujahideen remains even more mysterious. It must be the world’s only “mujahideen” that identifies itself with a nation state and not the pan-Islamic ummah, that too in English.

The magic potion to be free of fear

As the comedy of national security plays out in days up to 15 August or 26 January, one wonders about the irony of celebrating freedom in the Republic of Fear.

Using my own intelligence, and no “inputs” whatsoever from the Intelligence Bureau, I humbly offer a solution out of this impasse. A free republic, one where the head is held high and the mind is without fear, is created through justice. It is real and perceived injustice that creates terrorists.

Two days before Independence Day this year, the Tis Hazari sessions court in Delhi commenced hearing final arguments in a case about an event that took place 27 years ago. In May 1987, during Hindu-Muslim riots in Mohalla Hashimpura in Meerut district of western Uttar Pradesh, 42 Muslim men were allegedly abducted by members of the Provincial Armed Constabulary. Five men survived the bullet wounds, but the rest were found dead in the Hindon Canal. The 19 accused policemen remain in service. Some of the witnesses, including the investigating officer, have died of old age. Some of the families of the Muslim men still attend the court hearings, hoping for justice.

Meerut and western Uttar Pradesh are again in the news for Hindu-Muslim violence. Dozens of families, Muslim and Hindu, will start their regular pilgrimages to adjourned court hearings. Justice delayed is justice denied. While people like Afzal Guru are hanged without advance notice, death row convicts who don’t have Muslim names are spared. Maya Kodnani and Babu Bajrangi are granted bail, the Gujarat government does not seek death penalty for them, the way it does for the convicted but claiming-to-be-innocent initiators of the Newtonian process in Godhra. I have encountered people who think the Bombay riots of 1993 were a response to the bomb blasts. Our knowledge of physics plays tricks with our memory. We want Dawood Ibrahim, we forget the Srikrishna Commission report.

From Kashmir to the north-east, Golden Temple to the Babri Masjid, Naroda Patiya to Nellie, Bhandara to Bhagalpur, injustice has turned turned the free republic into a fearful one. We don’t fear the terrorists, but the thought that our injustices could create them. The Delhi Police loudspeakers should warn us to be vigilant not against suspicious objects, but against ourselves.

Extra Judicial Killing by central force while victim was standing in a queue to caste vote
Undermining Human Rights in the Name of Development
Narendra Modi’s supporters should stop using #FOS argument because they don’t understand it
More 'Mera Modi Mahaan': Politics behind Vadnagar being turned into a tourist destination