Weeks after the Censor Board made headlines for blocking filmmaker Prakash Jha’s Lipstick Under My Burkha, director Jayan Cherian’s Malayalam film Ka Bodyscapes has been denied certification by the Central Board of Film Certification which said that the movie is “glorifying the subject of gay and homosexual relationships.”

The director shared the letter in which the second revising committee from the CBFC said that they have unanimously decided not to certify the film as “the religion of ‘Hindu’ is portrayed in a derogatory manner.”

“It is official, Mr Pahalaj Nihalani put the final nail in my coffin!” Jayan Cherian posted on Twitter. 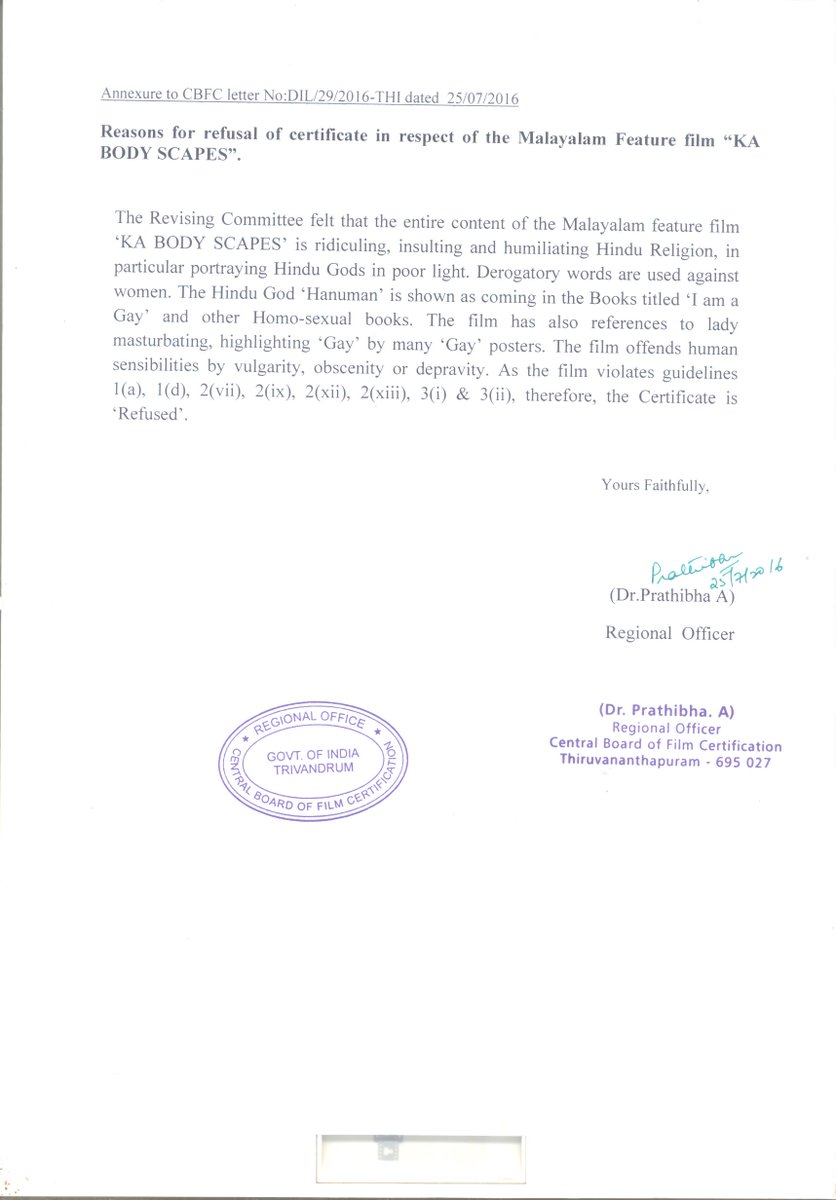 Ka Bodyscapes chronicles the story of three young people in Calicut: Haris, a gay painter; Vishnu, a rural kabaddi player, and their friend Sia and their struggle to find space and happiness in a conservative Indian city. It stars Adhithi, Tinto Arayani and Arundhathi.

The CBFC, last month, had refused to issue a certificate to Lipstick Under My Burkha citing the most absurd reason as it claimed that the film is ‘lady oriented.’ The letter, which CBFC had issued in support of its statement, read:  “The story is lady oriented, their fantasy above life. There are contanious sexual scenes, abusive words, audio pornography and a bit sensitive touch about one particular section of society, hence film refused under guidelines (sic).”

The Censor Board’s decision to deny a certificate to Lipstick Under My Burkha was severely panned by celebrities, including Farhan Akhtar and Kabir Khan, as well as board member Ashoke Pandit, who condemned the move as an “act of arrogance by chief Pahlaj Nihalani.”

#India- There is a credibility crisis at all levels of government- Aruna Roy
Koodankulam Crisis: HC instructs TN Police to ensure access to essential needs
‘This is Traumatic to Share But I Think This is Very Necessary’
India's Environment Ministry Sending Confusing Signals As Major Laws Stand to be Amended